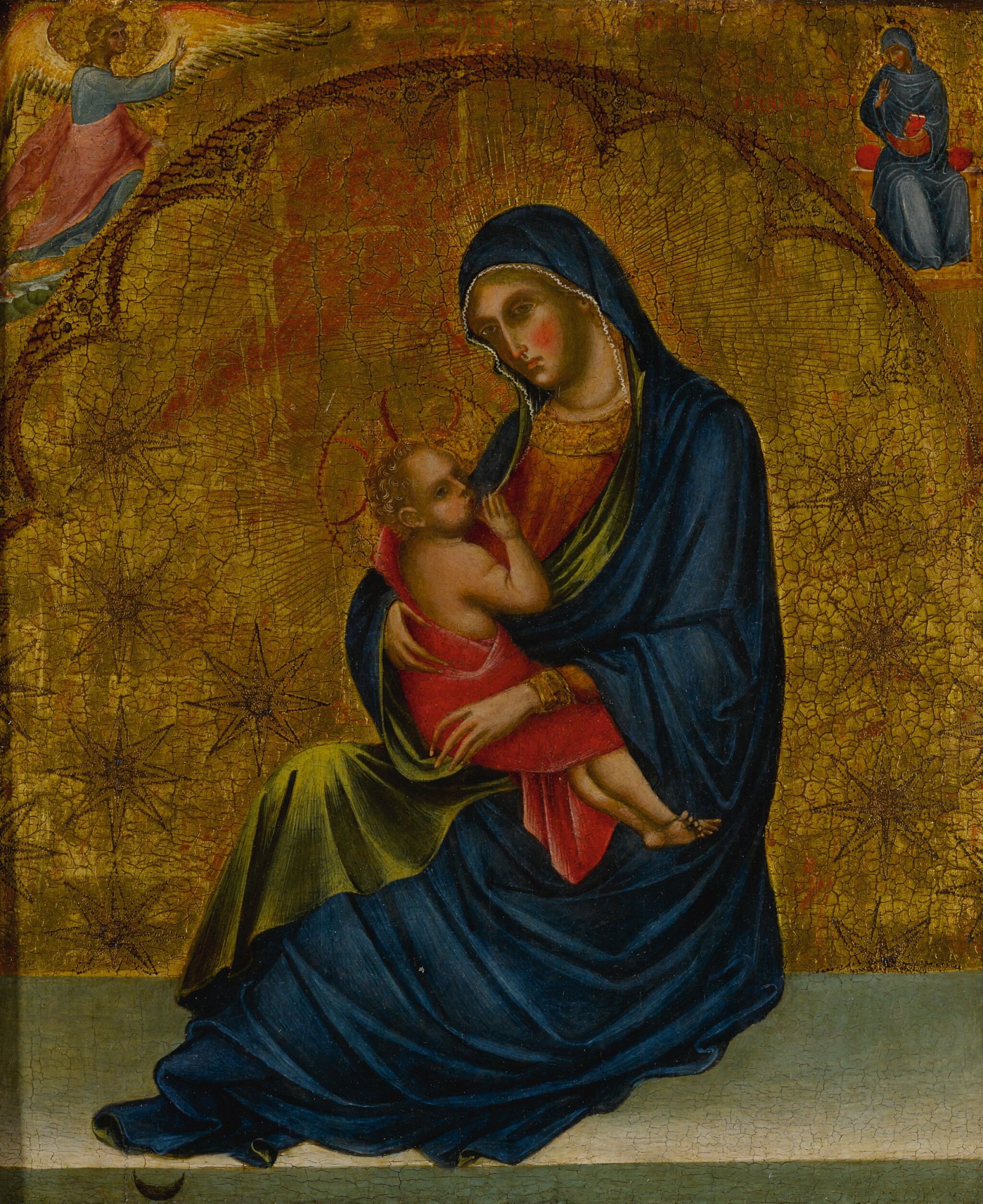 tempera and gold ground on panel

Professor Paolo Paolini, Rome;
His sale, New York, American Art Association, 10-11 December 1924, lot 57 (as Maestro Paolo da Venezia), for $700;
Friedmann collection (according to Muraro 1970);
Probably Fritz Thyssen, Berlin after 1926, confiscated from him by the National Socialist Authorities 1939 (as by a follower of Duccio);
In storage with a Cologne Museum;
Wiesbaden Central Collecting Point, after 1945;
Restituted to the Thyssen family by the British administration after May 1949 and thence by descent to Federico Augusto Count Zichy-Thyssen de Zich et Vásonykeö;
From whom acquired.
M. Muraro, Paolo da Venezia, University Park and London 1970, p. 143, reproduced fig. 112 (as attributed to Marco di Maestro Paolo?).

Paolo Veneziano was the dominant artistic personality in fourteenth-century Venice and possibly the most widely patronized too, winning commissions throughout northern and central Italy, as well as in Istria and Dalmatia. Steeped in the Byzantine roots of Venetic painting at the time, he absorbed and made his own the new gothic idiom that swept through Europe and was fundamental in steering Venetian painting away from its Hellenistic roots to form its own identity. This accomplished painting can be attributed to a member of Paolo Veneziano's extensive workshop, whose collaborative output is considerable. Scholars now understand that virtually all paintings from Paolo's workshop involved at least two hands, and the present painting may be such a case. The artist has employed a typically Marchigian decorative device, the punched star designs in the gold ground, suggesting that the panel was once part of an altarpiece destined for the Marche region.

While the earliest provenance of the painting is not known, it first reappeared in the early 20th Century when in the possession of the collector and dealer Professor Paolo Paolini in Rome, who was responsible for the sale of numerous early Italian pictures today located in various public and private collections throughout the world. His personal collection was sold in a large sale of 124 paintings at American Art Association, which included a number of important early Renaissance paintings including the Madonna and Child with Saints triptych by a follower of Duccio in the Kress collection (held at the Memphis Brooks Museum of Art, acc. 61.2), and a Madonna and Child by Matteo da Siena, sold London, Sotheby's, 5 July 2018, lot 106.