Sotheby’s Contemporary Art Autumn Sales 2020, scheduled for 6-7 October in Hong Kong, will present an exceptional selection of Western and Asian masterpieces of unprecedented diversity. Led by the stunningly vibrant Abstraktes Bild (649-2) by Gerhard Richter, the Evening Sale showcases a stellar line-up of international blue-chip artists such as David Hockney and Adrian Ghenie, as well as debuts of major works in Asia by Francis Bacon, Marlene Dumas and Ellsworth Kelly.

Also highlighting the sales are Asian masterpieces by prominent names including Yayoi Kusama, Liu Ye, Kazuo Shiraga and Takeo Yamaguchi, alongside two prestigious collections from esteemed Asian connoisseurs which will be offered across the Evening and Day Sales. “The First Avant Garde: Masterworks from the Johnson Chang Collection” features 14 Chinese Contemporary artworks hailing from the private collection of Johnson Chang, the eminent Hong Kong curator and critic, who is widely regarded for his ground-breaking efforts in placing the Chinese Contemporary art genre onto the international stage; while “Art of Tomorrow: Works Sold to Benefit the Chu Foundation” offers an eclectic selection of 34 lots from the private collection of prominent Hong Kong-based art collectors and patrons Natalie Chan Chu and Lawrence Chu.

We are delighted and honoured to announce our Contemporary Art Sales this October, which marks the most distinguished line-up of top-quality works by blue-chip international artists ever to come to auction in Asia. We are also deeply privileged to present curated selections of works from the prestigious Johnson Chang Collection and the Chu Foundation, which represent the cutting-edge visions of two generations of Asian connoisseurs responsible for trailblazing cultural developments in Asia and around the world.

Fresh to auction, Abstraktes Bild (649-2) from 1987 is a superlatively powerful painting from Richter’s best-known series. Texture, colour and structure are deployed with force and sensitivity to engender a seductive painterly synthesis comprising infinite tonal variations and abyssal layers beyond the picture plane. The balance between hard and soft, structural solidity and phosphorescence, photographic and abstract, renders the present work a remarkable exemplar of Richter’s abstract canon. Many examples of Richter’s Abstrakte Bilder from 1986-1988 reside in prominent institutional and private collections.

Still Life from 2017 is the first of David Hockney’s iconic hexagonal paintings to come to auction. Presenting a whimsical indoor panorama on an unprecedented hexagonal canvas, Still Life enacts a rigorous treatise on perspective, with the lower indentations of the canvas dramatically opening up the viewer’s perception of space. Painted in Hockney’s 80th year, coinciding with his monumental world touring retrospective, Still Life draws the viewer into a fantastical world replete with the painterly genius, intellectual zest and eccentric wit that distinguish the very best of the artist’s output.

Lidless Eye from 2016-2018 is an emblematic piece from Adrian Ghenie’s acclaimed works inspired by Vincent van Gogh. Growing up in Romania under a repressive regime, Ghenie was deeply captivated by Van Gogh’s works as a youth. The present work is a tribute to the great master as well as a prism through which to examine the Nazi’s purging of ‘degenerate art’, which included works by Van Gogh. A composite of the personal and historical, and a revival of both history painting and self-portraiture, this work encompasses Ghenie’s childhood adulation for Van Gogh as well as his core preoccupations regarding contemporary history’s darkest chapters.

DEBUT OF MAJOR WORKS AT AUCTION IN ASIA 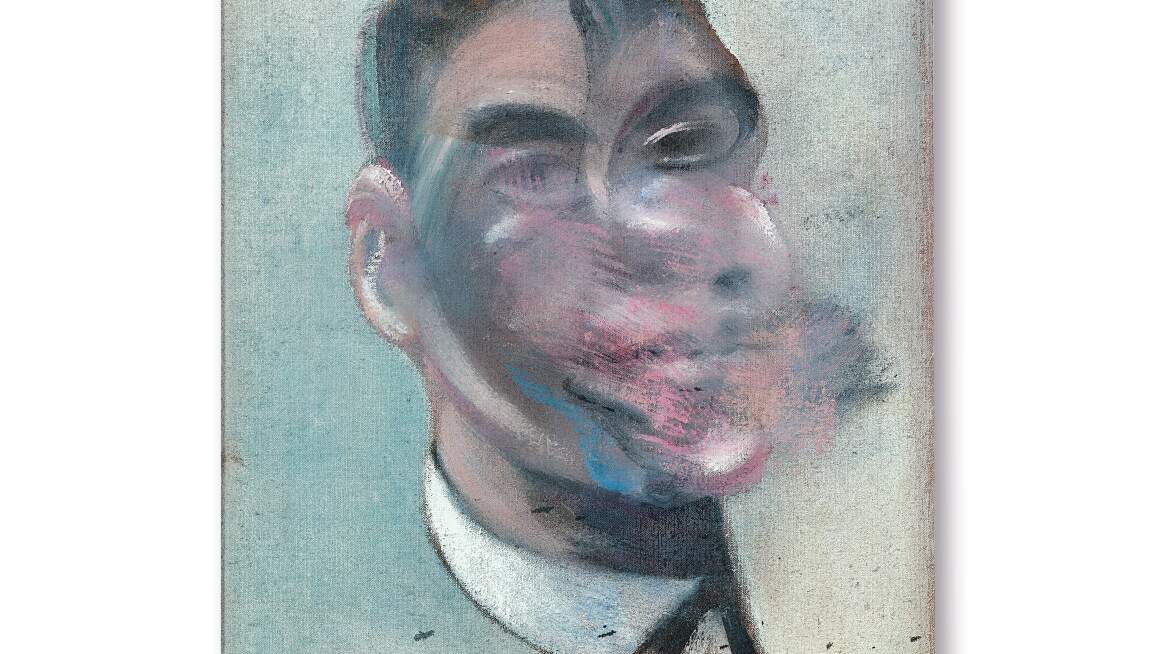 Executed in 2011, A-PUMPKIN (CHA) is a classic Yayoi Kusama pumpkin painting. The background features Kusama’s iconic infinity net motif, while the pumpkin itself universally emblematic of the artist and is deeply central to her psyche. Consummately executed, A-PUMPKIN (CHA) is a superlative paradigm of one of the most legendary figures of contemporary art.

Fresh to auction, rendered in a shimmering golden and chartreuse palette, INFINITY-NETS (NOLM) from 2013 is a beautifully alluring example of Yayoi Kusama’s epochal infinity net canon. The painting exudes a compelling rhythm tuned into both nature and the psychological undulations deep within the viewer.

Executed in 1994, Liu Ye’s Florence is remarkably rare as one of the artist’s few outdoor landscapes and the only recorded landscape depicting an actual real-life location: the Fort Belvedere in Florence, Italy. An early touchstone of Liu Ye’s practice, the work features the very first recorded instance of the striped Breton shirt, amongst many other iconic symbols of the artist. Created just before Liu Ye’s return to China after his German period, the piece is a reflection on identify, artistic history and the essence of artistic creation itself. 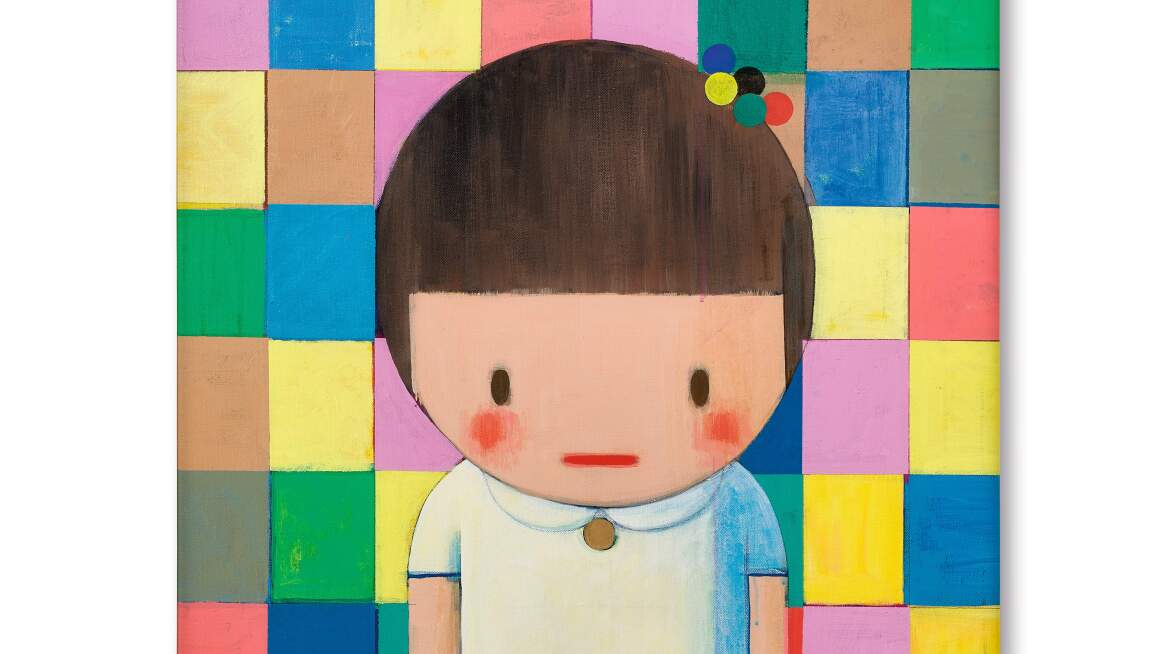 THE FIRST AVANT-GARDE: MASTERWORKS FROM THE JOHNSON CHANG COLLECTION

This esteemed assemblage of 14 Chinese Contemporary artworks hail from the private collection of Johnson Chang, the eminent Hong Kong curator, critic and connoisseur. The selection is led by Zhang Xiaogang’s monumental triptych The Dark Trilogy: Fear, Meditation, Sorrow, which will be presented and offered in its entirety for the first time since the early 1990s. To be offered across Evening and Day Sales. (Please click here to view press release for more information.)

ART OF TOMORROW: WORKS SOLD TO BENEFIT THE CHU FOUNDATION

This eclectic collection from prominent Hong Kong-based art collectors and patrons Natalie Chan Chu and Lawrence Chu features a compelling group of works by highly sought-after artists including Martin Wong, Firenze Lai, Zhang Enli and Jonas Wood. A portion of the sale proceeds will benefit the Chu Foundation, an independent not-for-profit entity founded by the Chu’s with a mission to empower human potential through art and education. To be offered across Evening and Day Sales. (Please click here to view press release for more information.) 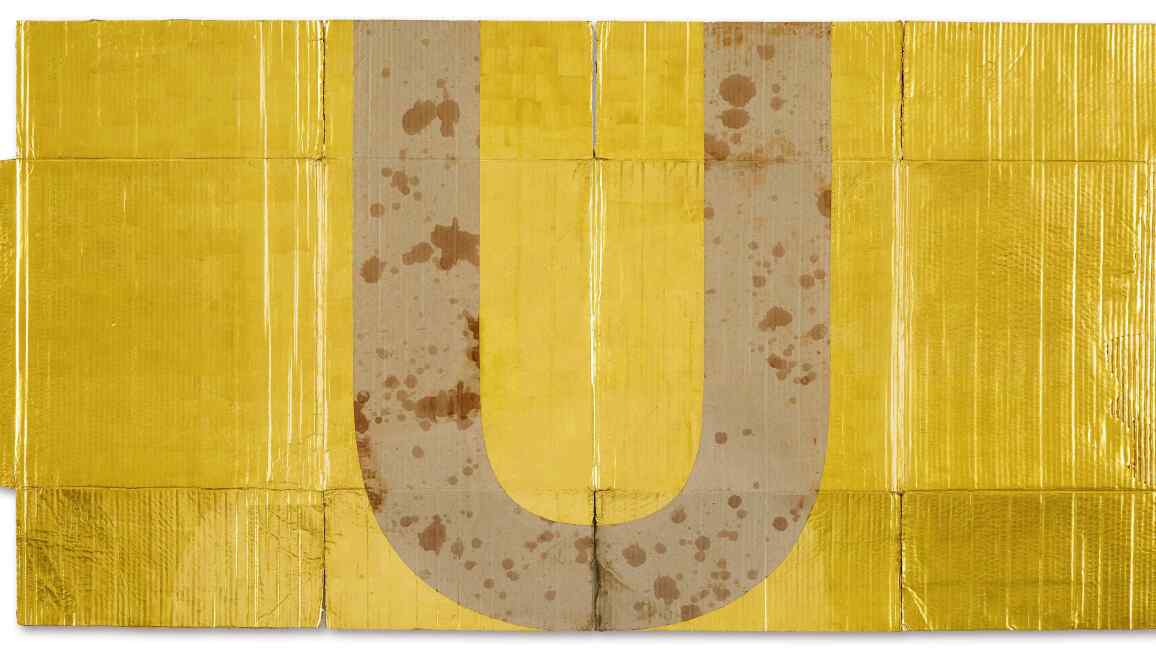