O n 21 May 2022 at Sotheby’s in New York, wine collectors will have the unprecedented opportunity to bid on a very rare selection of bottles from the personal cellars of Prince Robert of Luxembourg, his family and his friends. The proceeds will benefit The PolG Foundation, a United States Public Charity, close to the heart of Prince Robert, his wife Princess Julie and their family.

Founded by them, the mission of The PolG Foundation is to support and accelerate research in order to find effective treatments and a cure for PolG-related mitochondrial disorders. The story of the foundation starts with the journey of one family and more particularly, one young man, Frederik, the youngest son of Prince Robert and Princess Julie. Having faced fear, sadness and grief, the family, inspired by Frederik’s example of sheer determination, perseverance and his naturally cheerful disposition, have set out to find a cure for a devastating disease. 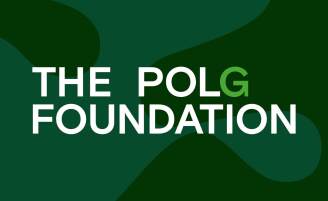 The sale will bring together wines from top-tier Châteaux, including Haut-Brion, La Mission Haut-Brion, d’Yquem, Cheval Blanc, Lafite, Latour, Margaux, Mouton Rothschild, Lynch Bages, Palmer, Ausone and Petrus – undisputed stars of Bordeaux’s greatest growths. With approximately 4,000 bottles already consigned, and more to come, the aim is to raise as much as possible to support this worthy cause.

“Our world was turned upside down over five years ago with the diagnosis of our dear Frederik with PolG. Since then, while facing the most basic challenges of keeping Frederik alive, we have been aided by so many “angels” the world over who have rather miraculously come into our lives. We have reached out to the amazing global medical community and somewhat unwittingly have become a research hub for this not so rare disease. I am thrilled to empty my cellar for this highly personal cause in order to help Frederik and so many like him. My family are so touched by all of the people that are joining us through their guidance and donations in finding a cure for and promoting awareness of this devastating mitochondrial disease.”

“We are delighted to work together with HRH Prince Robert of Luxembourg, and his family and friends, to present this auction in order to raise important funds which will be dedicated to finding effective treatments and a cure for PolG-related mitochondrial disorders. The centrepiece features bottles from 1906 to 2018 that come directly from Prince Robert’s personal cellar, with the bottles always having been stored at the family cellar at Château Haut-Brion. Naturally, the wines from two of the family’s vineyards, Châteaux Haut-Brion and La Mission Haut-Brion, make up an important component with a significant number of large format bottles, as well as a treasure trove of magnums of the magnificent and very rare white wines from these two storied properties. For anyone who would like to donate rare wines or exclusive experiences to help raise funds through this auction, The PolG Foundation will continue accepting donations through the end of February.”

In July 2016, Frederik, who was fourteen years of age at the time, was diagnosed with a mitochondrial disease, a genetic disorder that robs the body’s cells of energy, in turn causing organ dysfunction and failure. Of all the mitochondrial diseases, the adolescent onset of PolG-related disorders is among the cruelest. With no effective treatments to date and no cure, the family decided to concentrate all of their efforts on finding treatments and ultimately a cure, for people like Frederik, who suffer from PolG-related disorders. Together, they created The PolG Foundation with the singular goal of finding that cure. Sharing their findings with mitochondrial scientists, clinicians and patients worldwide – as part of a unique international community – the foundation aims to help countless people and families like themselves.

Raised in Luxembourg and educated in England, Prince Robert may have been destined from a young age to run the family wine business, Domaine Clarence Dillon, of which he is now the Chairman and CEO. His great-grandfather, Clarence Dillon, the American financier of Dillon, Read & Co. fame, acquired Château Haut-Brion in 1935; Prince Robert’s mother, the Duchesse de Mouchy, acquired La Mission Haut-Brion, on behalf of her family, nearly a half century later, in 1983. Such was the significance of that event that Prince Robert was called away from boarding school to attend the signing.

Like his forebears, Prince Robert has demonstrated an entrepreneurial streak. Since assuming the management at the family company, Domaine Clarence Dillon, in 2002, he has established the Bordeaux négociant business Clarence Dillon Wines; launched a line of branded Bordeaux wines named Clarendelle; acquired and merged three Saint-Émilion châteaux into a single property now called Château Quintus and created a renowned Michelin ** Paris restaurant, Le Clarence. Housed in the same building, just off of the famed Champs-Elysées, La Cave du Château, now potentially Paris’s most illustrious Fine Wine Merchant, was also born in 2015. Following the launch of the online shop, a third shop was opened in Bordeaux, last summer.

Details, including additional lots, of The Personal Cellars of Prince Robert de Luxembourg, Family and Friends, Benefitting The PolG Foundation, will be announced closer to the sale, in the spring.

For those who would like to donate rare wines or exclusive experiences to help raise funds through this auction, The PolG Foundation will continue accepting donations through the end of February. We invite you to submit donation requests by following the email link below. Please note that The PolG Foundation is accepting donation inquiries for wines whose minimum value amounts to $2,000 per case.


For those wishing to donate to support this research please click below:

Donate to The PolG Foundation