Sotheby’s Paris is pleased to announce Heaven*, an online sale bringing together an exciting group of works by Hans Bellmer, Carlos Cruz-Diez, Annette Messager, Pascale Marthine Tayou and Laure Prouvost among others.

100% of the proceeds from the sale will go to supporting the Fonds de dotation Merci. Created in 2009 by Marie-France and Bernard Cohen who wanted to put their skills to good use after having sold Bonpoint, an international children’s clothing line, the Merci Fund has since been helping women, men and children build a better future for themselves by striving to improve living conditions through agroecology as well as educational and integrational projects.

To celebrate the Fund’s 10th anniversary, Marie-France Cohen and her three sons, Benoit, Julien and Thomas, have decided to join forces with Thanks for Nothing and Sotheby’s to organize a sale in order to benefit three of the Fonds de dotation Merci’s major projects: « Madagascar », « la Ferme de l’Envol » and « Horizon ». *© Oliver Beer 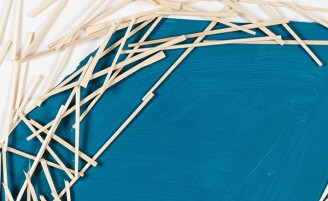