T his online sale will feature works of American Art from important 19th and 20th Century artists, included among them examples by Milton Avery, Ralph Albert Blakelock, Fern Coppedge, George Inness, Marsden Hartley, Wolf Kahn, John Marin, Thomas Moran, Edward Redfield, Charles Sheeler, Guy Wiggins, and others. Notably, the auction will feature an impressive collection of 19th Century Hudson River School paintings from a West Coast Collector; property from the Hirshhorn Museum and Sculpture Garden, Sold by the Order of the Trustees; and a collection of paintings by Ken Carlson and John Clymer from an Important Western Collector. Among the selection of Impressionist paintings included in the sale are two works by Frederick Carl Frieseke from the Collection of Marian Sulzberger Heiskell & Andrew Heiskell and an important pastel by Mary Cassatt from the Collection of Joe R. & Teresa L. Long. The auction will open for bidding on Monday, 21 September, and close at 2PM EST on 30 September 2020. An exhibition preview including all works from this sale can be viewed in our York Avenue galleries by appointment only from 26–29 September.

G erman-born American painter Wolf Kahn is renowned for his vibrant oil and pastel landscapes, executed in the artist's signature painterly abstraction. Kahn lived a remarkable life – from escaping Nazi-controlled Germany in 1939 and studying under the tutelage of Hans Hoffman in the 1940s, to achieving an Award in Art from the American Academy of Arts and Letters in 1979 – and his oeuvre stands as a sublime chapter in the history of American art. In recent decades, Kahn split his time between Manhattan and his home in Vermont, the latter of which frequently served as inspiration for Kahn's colorful landscapes. In March, Kahn died at his home in Manhattan; he was 92 years old.

Sotheby's is honored to offer several fine paintings by Kahn in the American Art auction, including a self-portrait completed in 1953, when the artist was just 26 years old.

“What an artist needs to do is to value colors for what they really are, and to see them freshly and intensely each time he looks.” 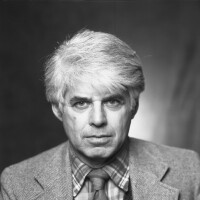 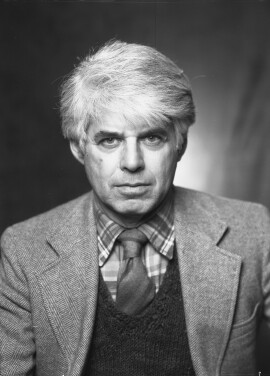