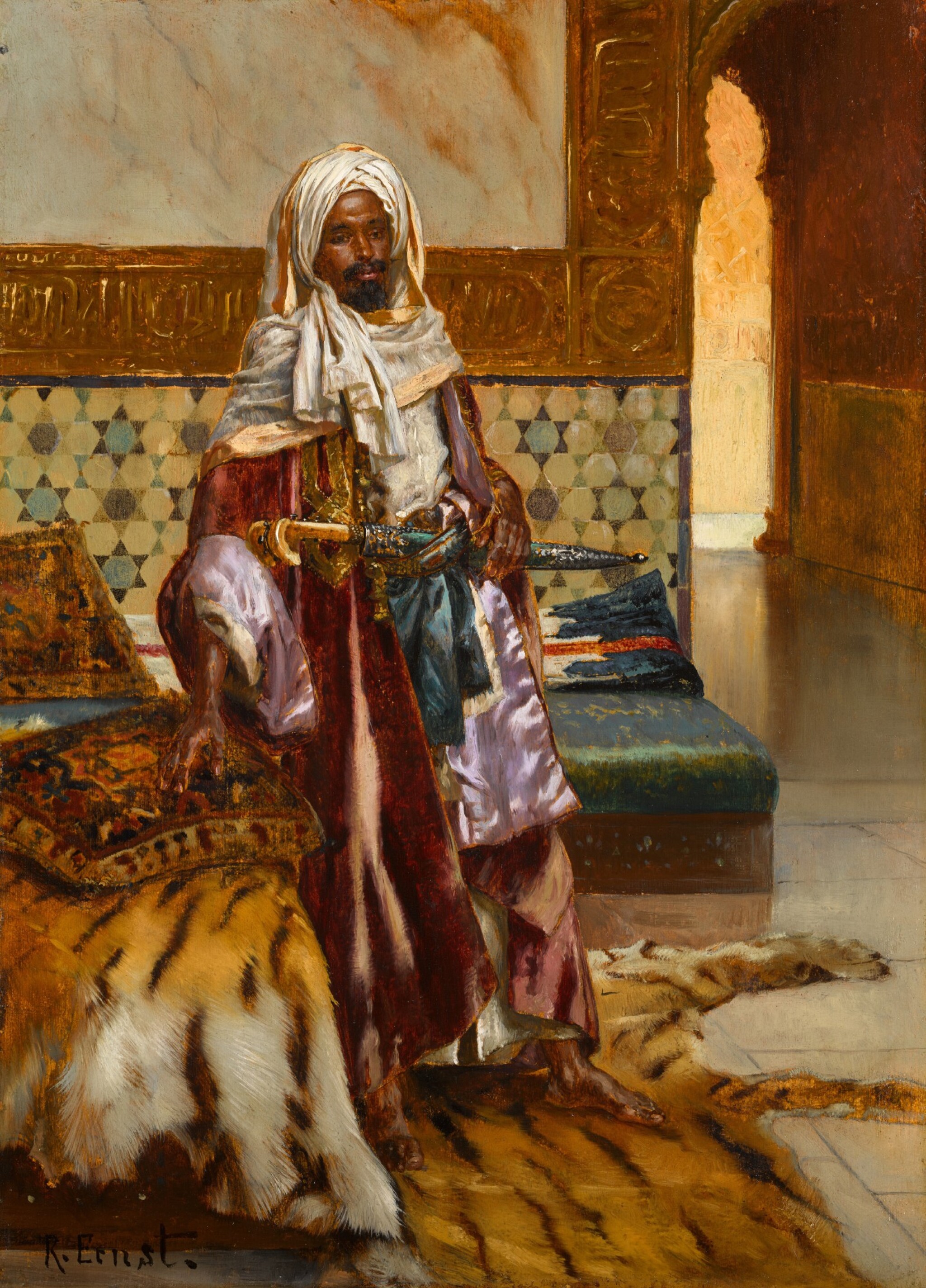 The panel is straight and providing a strong support to the paint surface. The work is in good condition, ready to hang. Examination under ultra-violet light reveals no evidence of retouching or restoration.

Sale: Christie's, London, 17 June 1999, lot 52
In the present work the figure, dressed magnificently in shining silk and rich velvet, is holding a type of Ottoman sword called a yataghan.

Born in Vienna in 1854, Rudolf Ernst received his early training under Anselm Feuerbach at the Vienna Academy, of which his painter-architect father, Leopold Ernst, was also a member. Ernst travelled to Rome and, in the 1880s, to Spain, Morocco, and Tunisia. Later travels would take him to Egypt and, in 1890, to Turkey. In 1876, Ernst settled in France, exhibiting regularly at the Salon de la Société des artistes français and eventually taking French nationality. After starting out painting portraits and genre scenes, from 1885 Ernst turned exclusively to painting Orientalist subjects, which he worked up from the sketches, photographs, souvenirs, and memories accumulated during his travels. A large number of works were executed in his studio in Paris at 25 rue Humboldt, which he decorated in an eclectic Eastern style, and in which he would paint wearing a taboosh, the better to transport himself mentally into the world created in his canvases. He would remain there until he moved to Fontenay-aux-Roses early in the twentieth century.