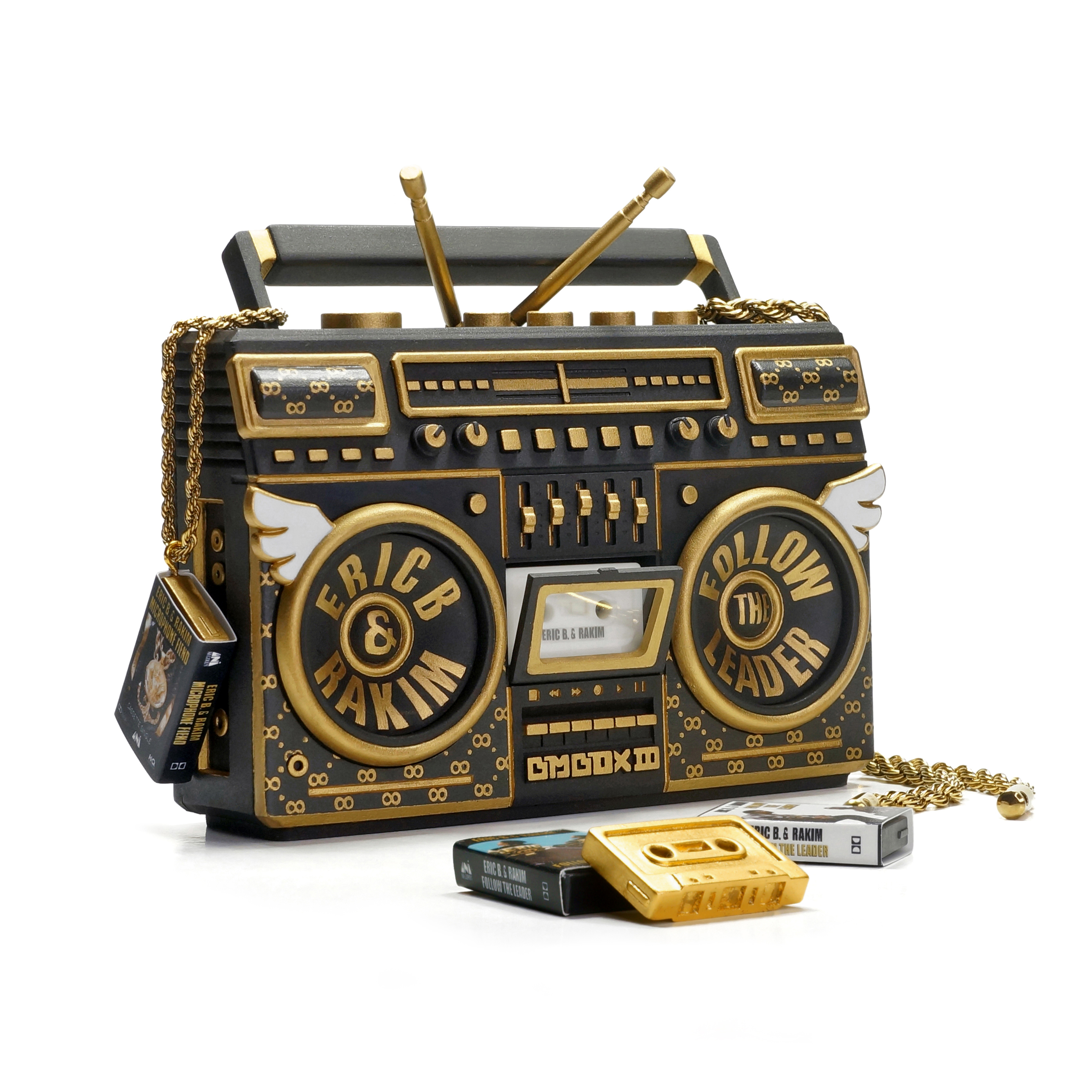 Hand-painted acrylic and metallic pigments on mini resin boombox inspired by Eric B. and Rakim's 1988 album Follow the Leader, ed. 1/1, executed in 2021, complete with two removable antennae, four mini cassettes, one cassette covered in 23.75k gold leaf, a mini gold-plated rope chain and custom sticker pack, inscribed to the underside "S.E." with artist's device to the reverse "EK", overall dimensions of boom box 3.7 by 4.7 by 1.3 in. (9.5 x 11.8 x 3.3 cm.).

MINI ART BMBOX CRAFTED AFTER THE COVER OF ERIC B. & RAKIM'S GROUNDBREAKING ALBUM, FOLLOW THE LEADER

Elena Kazi is an Athens, Greece-based fine artist, dj, and life-long Hip Hop enthusiast whose work has been exhibited in New York, Los Angeles, London and Melbourne. Combining her love for the music and her graphic arts background, Elena creates one-of-a-kind hand-painted BMBOX art toys—that typically sell out in minutes—honoring some of the most respected names in Hip Hop, as exemplified by Eric B. & Rakim, represented in the current lot.

The black and gold tones of the boombox pay homage to the custom-made jackets by Dapper Dan that Eric B. and Rakim wore on the cover of Follow the Leader (1988), where the current lot also takes its name. Upon its release, Follow the Leader was critically acclaimed and became the highest charting album for the duo, now considered one of the most beloved and influential albums in the history of Hip Hop.