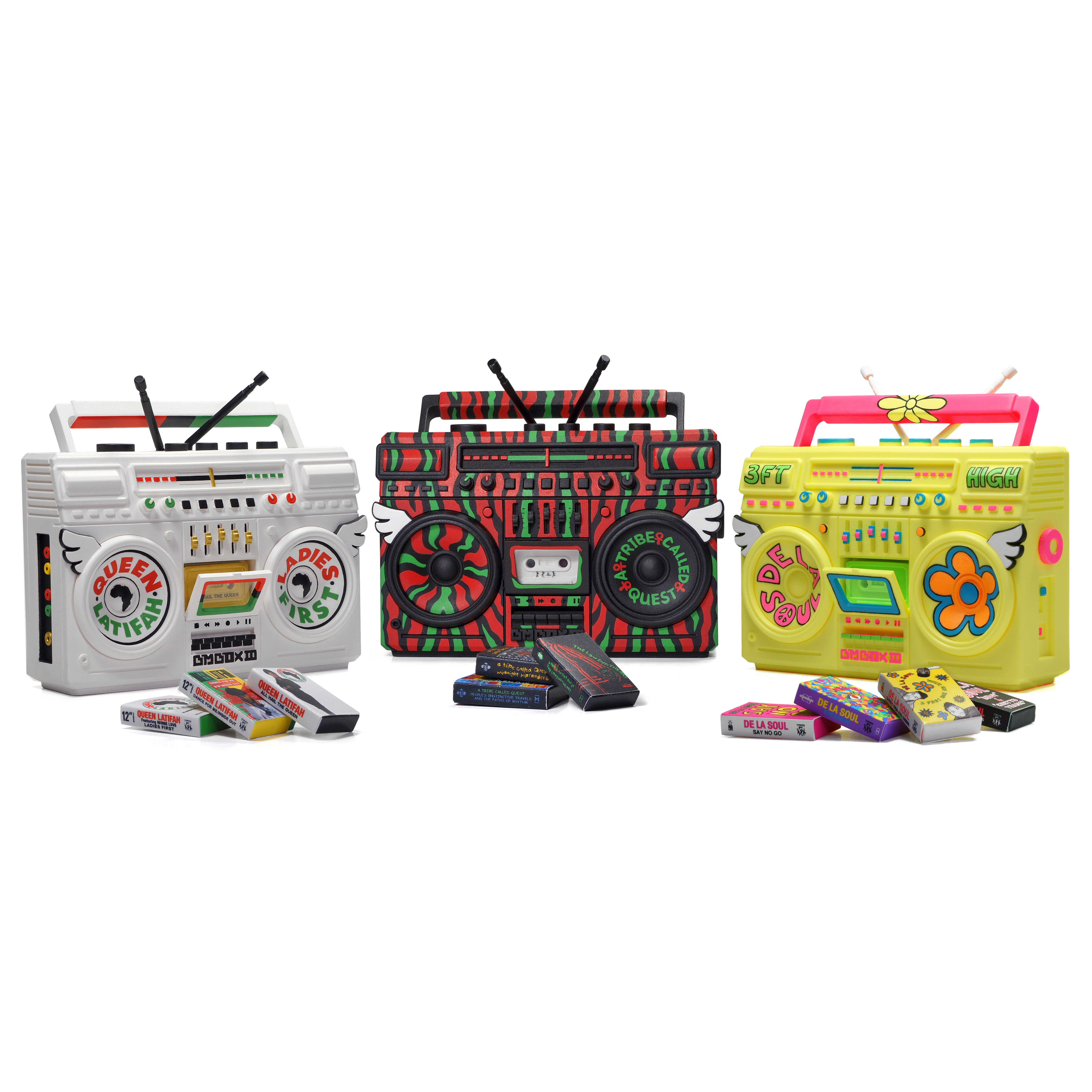 Please note that The Queen BMBOX is an edition of 10, not 8, as originally stated.

Elena Kazi is an Athens, Greece-based fine artist, dj, and life-long Hip Hop enthusiast whose work has been exhibited in New York, Los Angeles, London and Melbourne. Combining her love for the music and her graphic arts background, Elena creates one-of-a-kind hand-painted BMBOX art toys—that typically sell out in minutes—honoring some of the most respected names in Hip Hop, as exemplified here with Queen Latifah, A Tribe Called Quest, and De La Soul, all three who were a part of the Native Tongues collective.

The Native Tongues loosely formed in the late 1980s during the Golden Age of Hip Hop and took their name from a lyric in a song by New Birth titled "African Cry." Composed first of principal members De La Soul, A Tribe Called Quest and Jungle Brothers, Native Tongues was later joined by Queen Latifah, Monie Lovie, Black Sheep, Chi-Ali, Lucien Revolucien, and Fu-Schnickens. The music produced by the Native Tongues collective marked an abstract and alternative approach to Hip Hop. Positivity and Afrocentrism were hallmarks, with lyrics addressing a myriad of themes such as spirituality, race, and sex coupled with eclectic sampling that took influence from jazz and soul.

In the current lot, three of the Native Tongues' artists and their ground-breaking records are represented each with their respective color schemes and motifs taken from each cover: Queen Latifah and her debut album All Hail the Queen, De La Soul's 3 Feet High & Rising, and The Low End Theory by A Tribe Called Quest. Each BMBOX, lovingly crafted and packing a one-two punch of color, pays homage to the freshness and vibrancy each of these artists gave the music world with their sound, style, and lyrical innovation. Although the Native Tongues movement would last only a decade, its legacy lives on in each of these artists, and the artists that came into their periphery during Hip Hop's fertile years of the late 1980s and early 1990s.