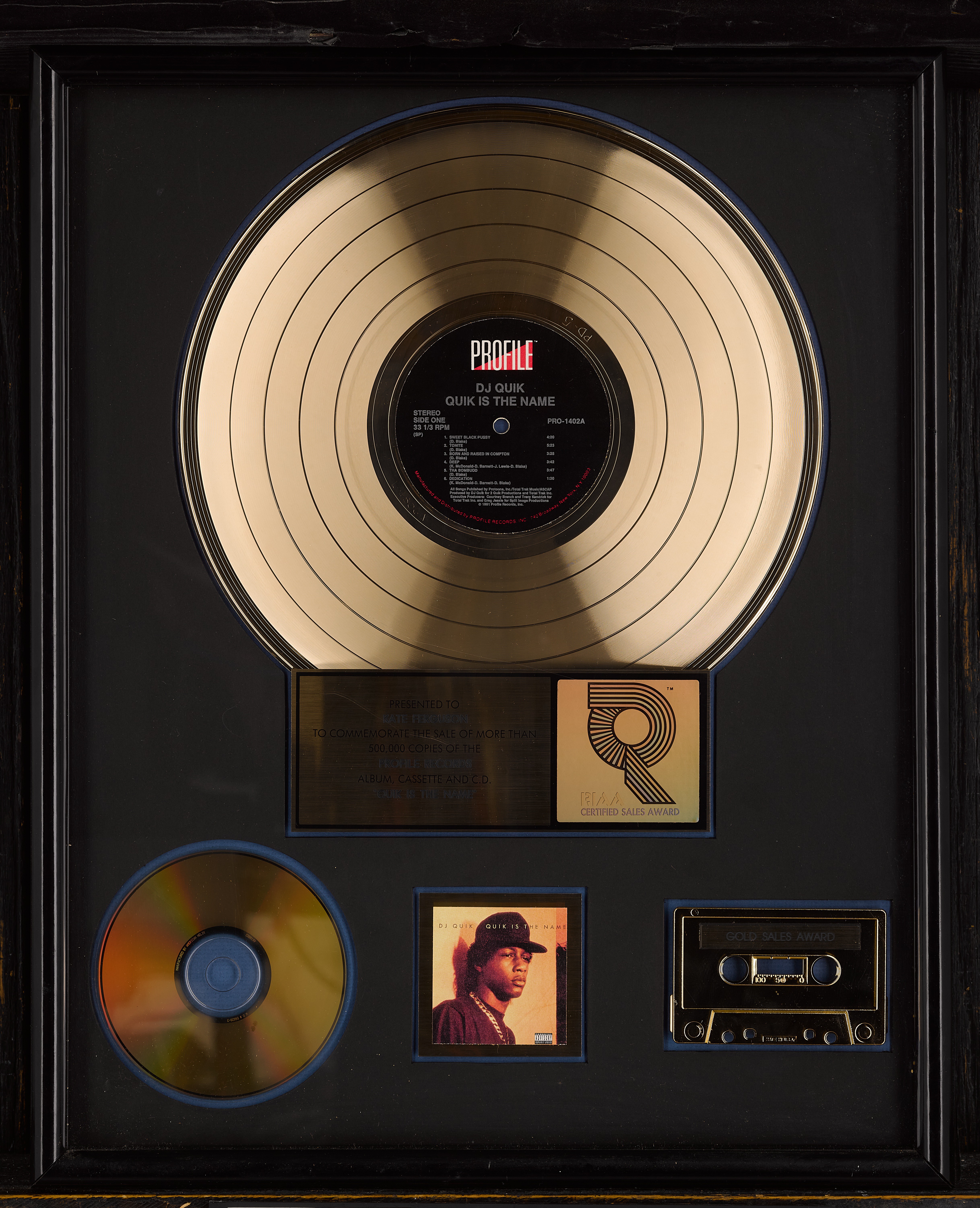 "PRESENTED TO KATE FERGUSON TO COMMEMORATE THE SALE OF MORE THAN 500,000 COPIES OF THE PROFILE RECORDS ALBUM, CASSETTE, AND C.D. "QUIK IS THE NAME" RIAA CERTIFIED SALES AWARD"

DJ Quik is widely heralded as one of the godfathers of the G-funk style of West Coast Hip Hop. Released in 1991, Quik is the Name was his debut album, featuring Top 20 singles "Tonite" and "Born and Raised in Compton."

Quik gets his name from the speed at which he is able to produce songs. On Profile Records allotting him a $30,000 budget to mix his debut album: "If you do the math...a $1000 a-day studio…if we get Quik is the Name done in less than a month, that’s more money in my pocket. So we got it done in 17 days. We recorded some of the album at Westlake Recording Studios in Santa Monica, which is where Michael Jackson did Thriller. It was a trip being in there mixing "Tonite" on those big boards knowing that Michael was coming in and out of there."

The Source deemed Quik Is The Name one of the 100 greatest Rap albums of all time, with Complex ranking it number 28 on its list of "The 50 Greatest Debut Albums in Hip Hop History."

The plaque offered here was a gift to Kate Ferguson, Editor-in-Chief of Word Up! and Rap Masters magazines, both entertainment publications geared towards Black American teenagers.

Provenance: From the personal collection of Kate Ferguson