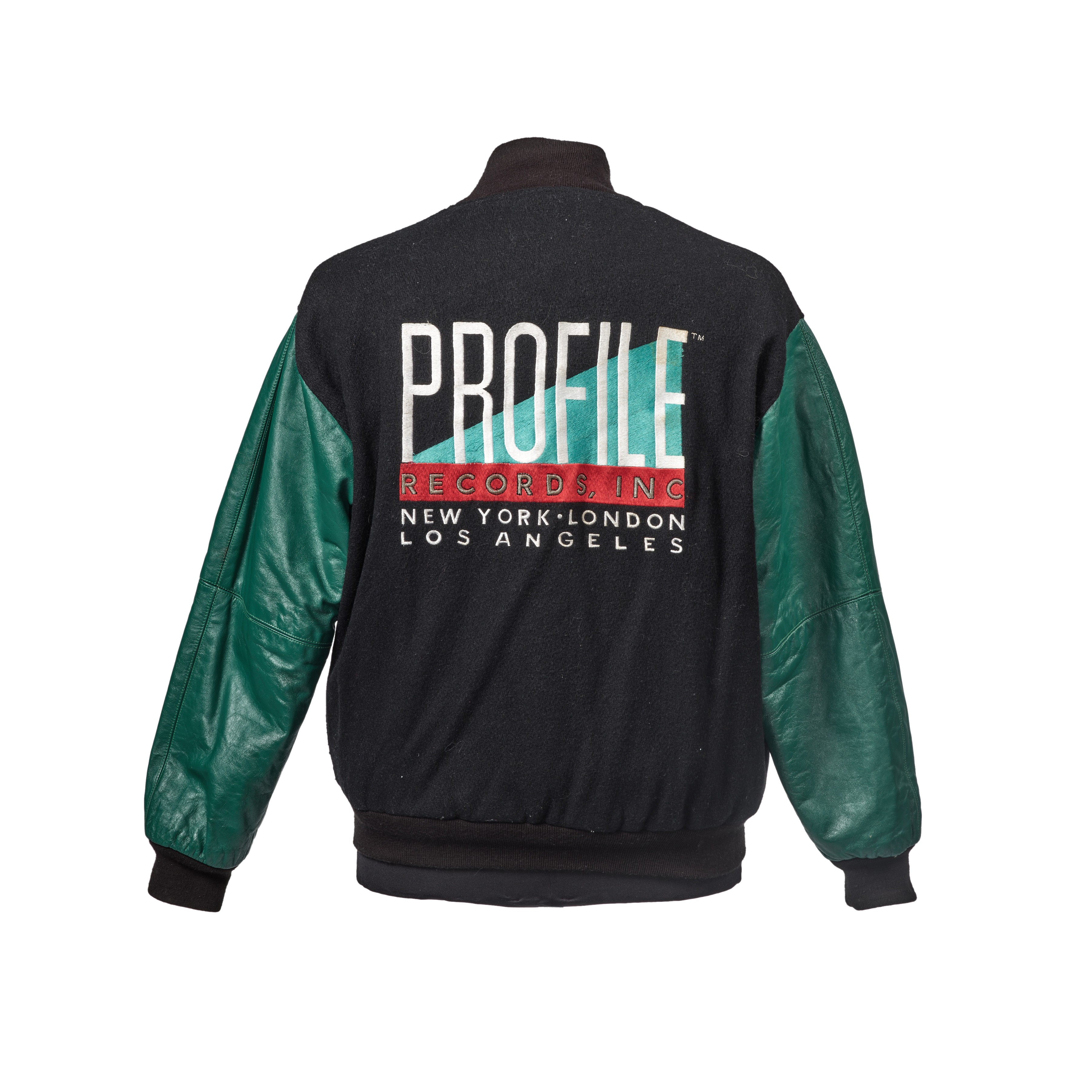 Co-founded in 1981 by Cory Robbins and Steve Plotnicki, Profile Records has been responsible for launching the careers of countless Hip Hop icons. In 1983, Russell Simmons presented "Runde-MC's" (soon to be known as Run-DMC) demo tape to Robbins, and the next day Profile Records offered Simmons $2,000 to launch the group's first single. The rest, as they say, is history.

The varsity jacket offered here was custom made for Gerrie Summers, founding editor of Word Up! magazine, a monthly publication dedicated to Hip Hop and R&B's up-and-coming prodigies, performers, and producers. Founded in August of 1987, the magazine quickly rose in circulation, attracting a wide range of youthful readers and Hip Hop enthusiasts. Word Up! stood out from other publications of its kind due to its emphasis on Hip Hop music and rap artists, including artists that had not yet made it into the mainstream. Features in Summers' Word Up! magazine (1987-2012) proved indispensable in both launching and propelling the careers of innumerable Hip Hop and R&B legends. The magazine arguably did the same for other publications as Word Up! preceded, inspired, and influenced the influx and growth of Hip Hop magazines.

From the personal collection of Gerrie Summers, Founding Editor-in-Chief of Word Up! Magazine