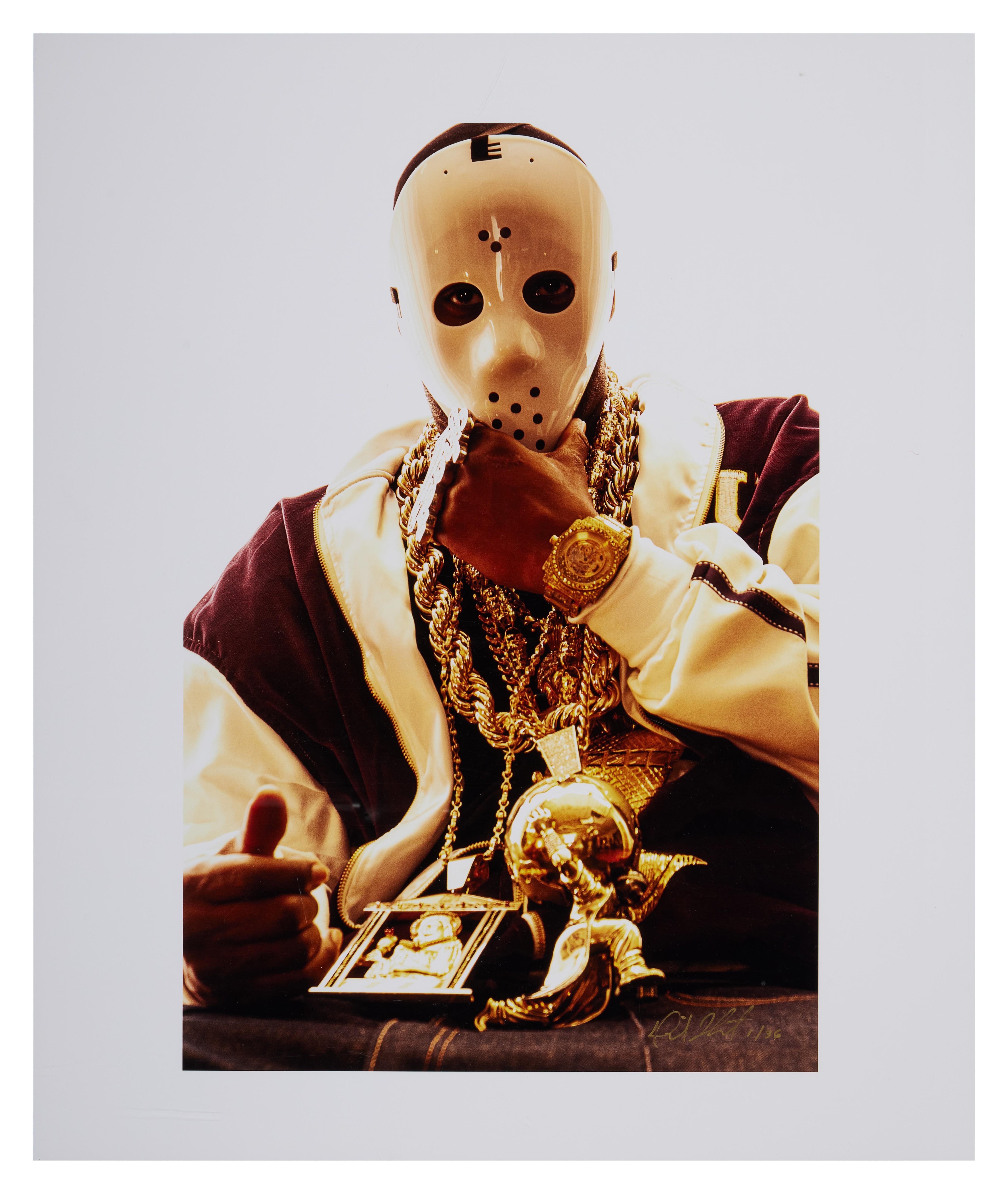 With his outrageously luxe jewelry, painterly rhyme flow and compulsive, imaginative story-telling, Ghostface Killah is a stylish force to be reckoned with. As a member and MC for the Wu-Tang Clan, Ghostface's own face remained a mystery until it was revealed on the album of fellow Clan member, Raekwon, Only Built 4 Cuban Linx. In the current lot, Ghostface is captured by photographer Danny Hastings in a previously unpublished photograph from the original shoot for his album, Big Doe Rehab.

With his powerful stance and unrevealed stare behind his signature ski mask, Ghostface draws the viewer in with his over-the-top gold chain and diamond-encrusted jewelry, completing the look swathed in a velvet robe. It's pure Ghostface: mysterious and luxurious, slightly sinister and compelling, and constantly informing the audience that there is more to him than meets the eye. The current lot was produced in a limited edition series by Hastings in honor of the 15th anniversary Big Doe Rehab, and is the first time one of the prints have been available to the public.

To request a condition report for this lot, please contact pop@sotheby