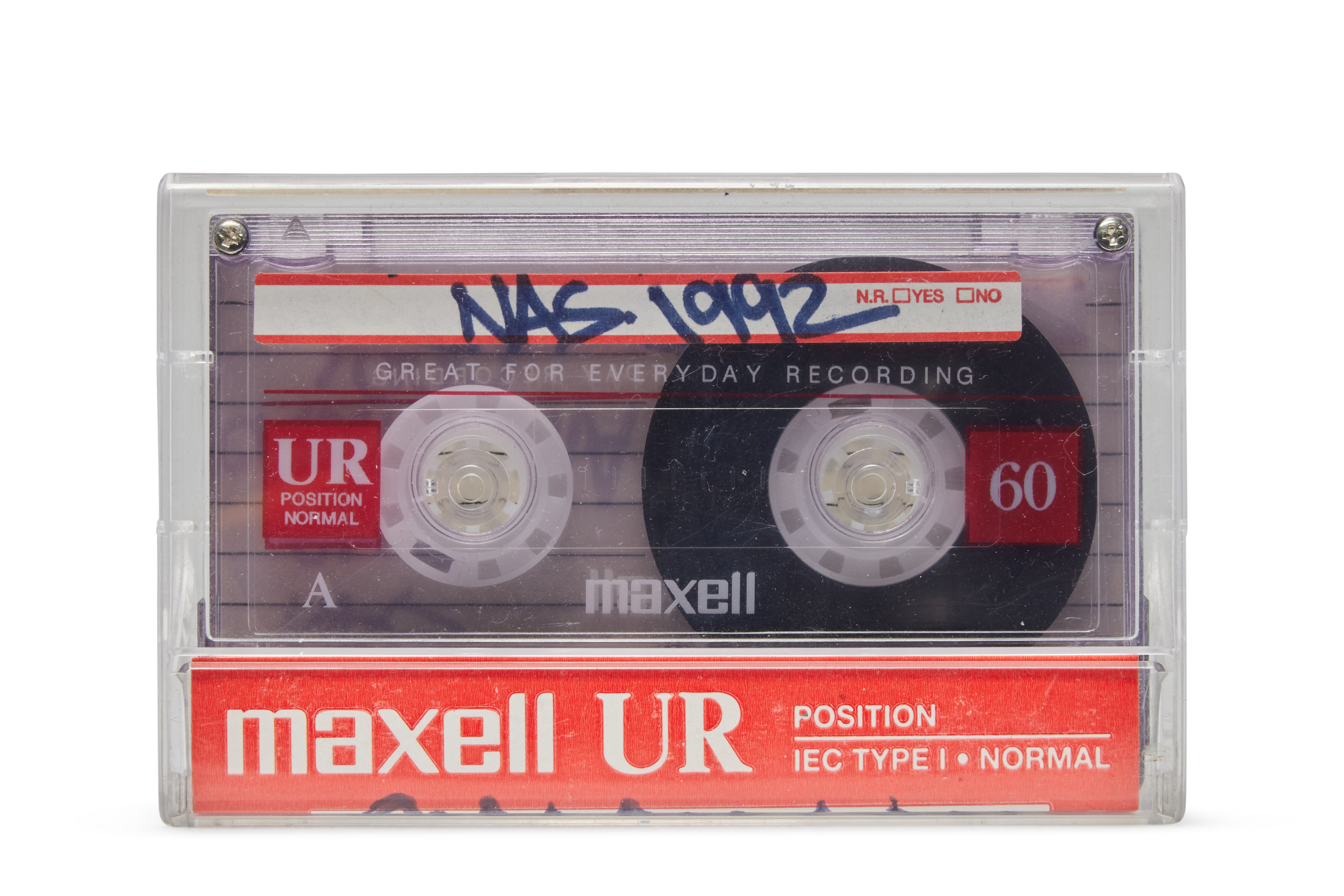 Side A: Recording of live performance by NAS at Club California ca. Dec 1993/January 1994 [erroneously labelled 1992] done from the venue's audio board, plus recordings of NAS freestyling on The Stretch Armstrong and Bobbito Show from 1992-94.

Side B: Recording of live performance by The Wu-Tang Clan at the Palladium in 1994 [erroneously labelled 1992] featuring LL Cool J and Rosie Perez congratulating Wu-Tang on their album reaching gold status, done from the venue's audio board, plus recordings of them freestyling on The Stretch Armstrong and Bobbito Show from 1992-94.

The cassette recordings offered here were given to Bobbito García, and feature both Nas and Wu-Tang's live show recordings as well as freestyle recordings made by an unknown listener during appearances on the radio show he co-hosted, The Stretch Armstrong and Bobbito Show.

No discussion of Hip Hop's all-time greats is complete without the inclusion of Nas and The Wu-Tang Clan. Nas' Illmatic is often referred to as the greatest rap album ever made, and The Wu-Tang Clan is considered amongst the most influential and popularizing groups in the genre of Hip Hop.

Adrian “Stretch Armstrong” Bartos and Bobbito García are legends in urban culture, encompassing music, sneakers, DJing and basketball. Their groundbreaking WKCR-FM radio show—originally broadcast from a basement at Columbia University—defined street cred for the burgeoning 1990s scene and was the launching pad for artists such as Jay Z, The Wu-Tang Clan, The Notorious B.I.G. and Eminem. In the Netflix documentary Stretch and Bobbito: Radio That Changed Lives, Nas proclaimed their program “The most important Hip Hop show in the world.” The cassette offered here can be seen in the documentary's official trailer at 1:19: