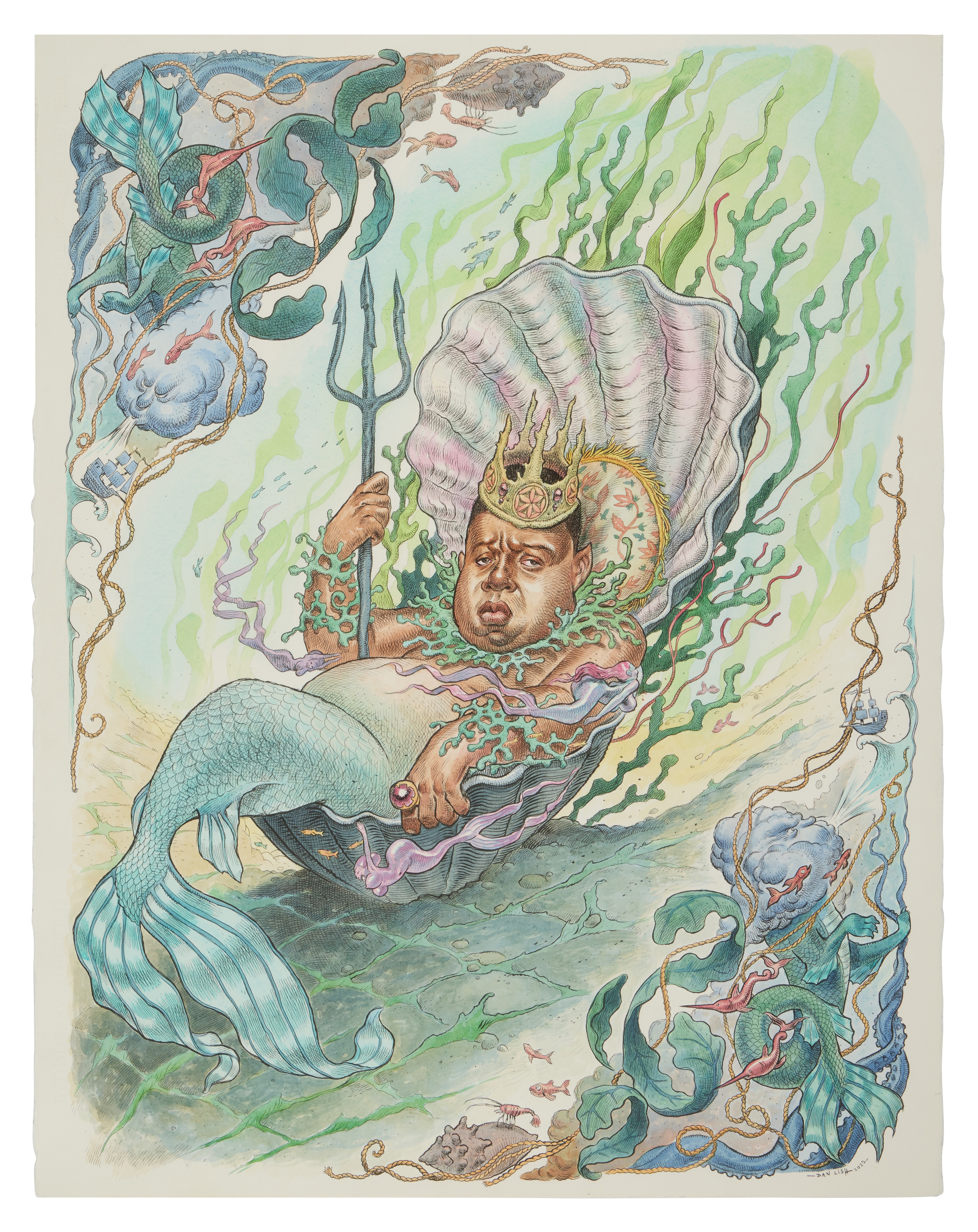 In his own words, Lish describes the inspiration behind the current lot, Biggie, featuring Brooklyn's own legendary lyrical son and Hip Hop megastar, The Notorious B.I.G:

"This painting was inspired by the Biggie Merman Character I created for the LP cover of [Tom Caruana's] An Adventure To Pepperland Through Rhyme and Space. I revisited and embellished on the theme of a Victorian-themed Triton Sea King." (Dan Lish)

Dan Lish has been a lead concept artist for the video game industry for over 20 years and has worked across a broad spectrum of other entertainment mediums, including comic and book illustrations, album cover art, and toy design. Born in the English town of Bury St. Edmunds Suffolk, Dan fell in love with Hip Hop in the early 1980s as a b-boy, graffiti writer, and later a D.J. for pirate radio stations and night clubs in and around the south coast of England. Having dual nationality, Lish re-located to New York City in the late 1990s, where he deepened his love for Hip Hop culture.

He most recently completed a crowdfunded campaign that successfully launched his first artbook, Egostrip Book 1, a compendium of Hip Hop illustrations in chronological order, and is currently working on Book Two.

The Egostrip Project was born out of Dan's black book drawings of his favorite Hip Hop musicians that he would create while commuting on the busy London tube. Putting pen to paper, Dan's elbow rocked back and forth in tandem with his fellow travelers, creating a unique, organized chaos that came to life in each drawing. Back in his studio, Dan would scan each drawing and color them digitally to add texture, tone and details. This stage brought the original pen drawings to life, adding a depth and richness to each work. Dan describes the project as "a passion and a meditative therapy for years of working the other end of a busy train ride, which now feels a world away."