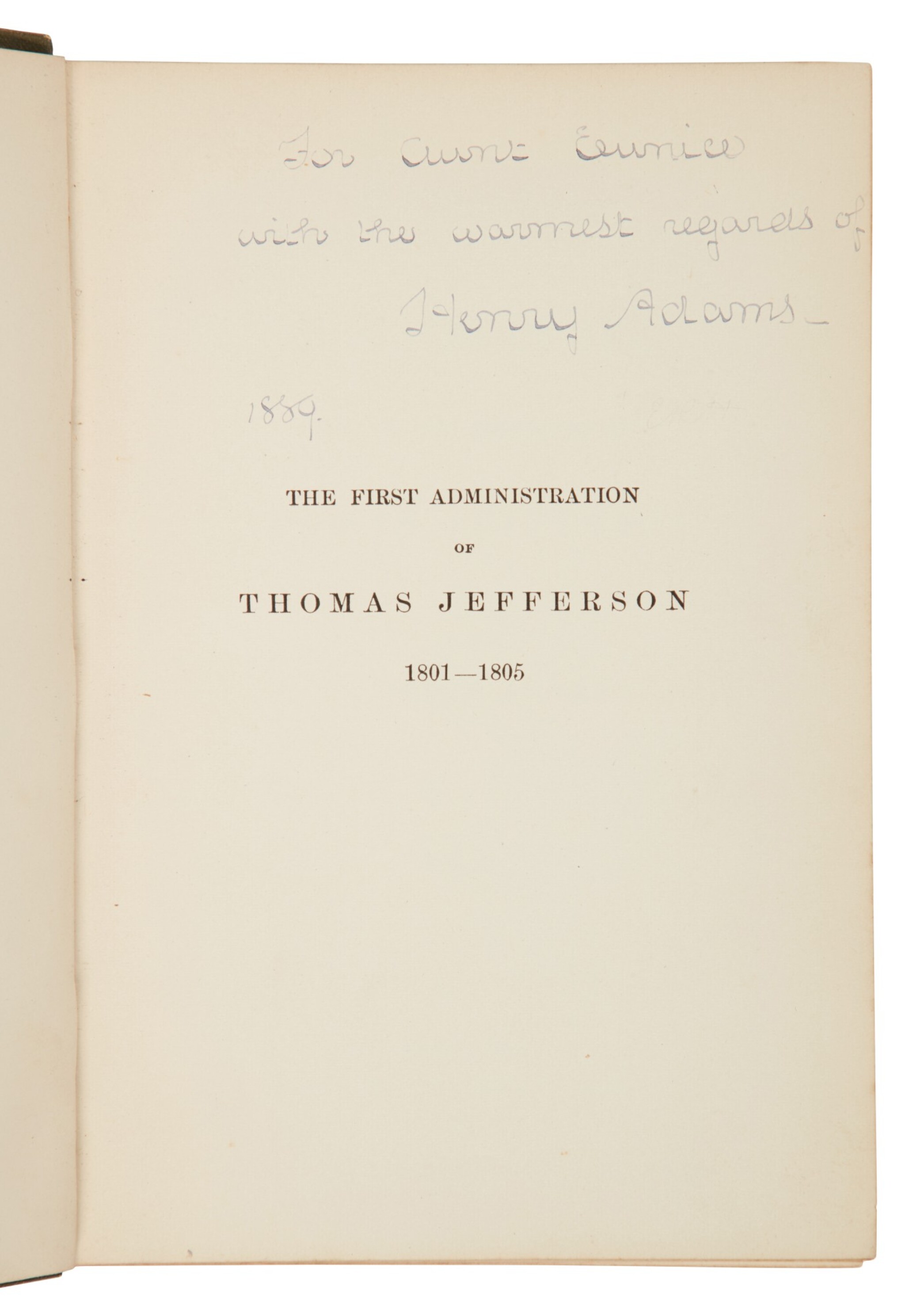 History of the United States of America During the First Administration of Thomas Jefferson. New York: Scribner's, 1889

2 vols, 12mo (186 x 122 mm). First volume with inscription from the author on the half-title, second volume with printed slip laid down opposite the half-title reading "With the Compliments of the Author"; stray spots, light toning, some staining to the printed slip. Publisher's grey-green cloth, spine gilt lettered, dark grey endpapers; boards and extremities rubbed, chips to head and tail of spine with some fraying and exposure, toning and light soiling to edges.

First edition, presentation copy, inscribed by Adams, "For Aunt Eunice with the warmest regards of Henry Adams 1889." This two-volume history of Jefferson's first administration was the first book in Adams' History of the United States, which eventually was comprised by nine volumes. His most significant work, and "by general consent these volumes placed Adams in the first rank among American historians" (DAB). Rare: Our records trace no other presentation copies offered at auction in over fifty years.