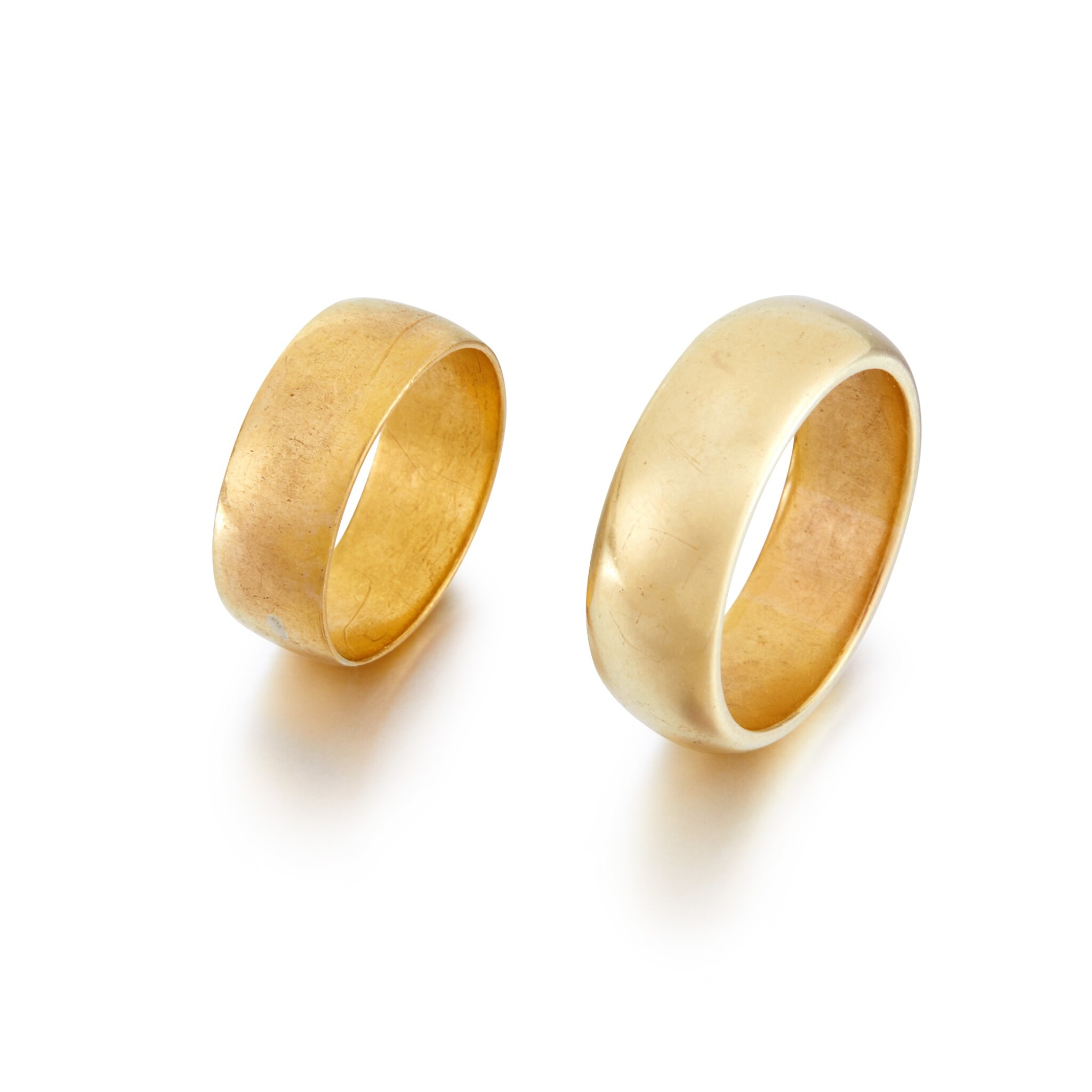 housed together in a small metal box with a carved bone lid, 28mm diameter

A UNIQUE RECORD OF A MARRIAGE UNION. Sylvia Plath married Ted Hughes on 16 June (Bloomsday) 1956, at 1.30pm, just four months after they first met. The wedding itself was hurried, impulsive, and secret. They wanted to marry at Westminster Abbey but Hughes was told by the dean that the ceremony had to take place at his parish church, St George the Martyr on Queen Square in Bloomsbury (near Hughes's flat on Rugby Street). They announced their plans to Sylvia's mother, Aurelia, on the day of her arrival in London, just three days before the ceremony, and Hughes's family were not to learn of his marriage until after the event. Neither of them told their friends, and Aurelia was the only witness.

In her letter informing her brother Warren of the news, Sylvia wrote that "We rushed about London, buying dear Ted shoes & trousers, two gold wedding rings (I never wanted an engagement ring) with the last of our money" (18 June 1956). These simple wedding bands would have been readily available at an antique shop, and would not have been fitted for their new owners - in Birthday Letters, Hughes recalled "the new rings big on our fingers" ('18 Rugby Street').