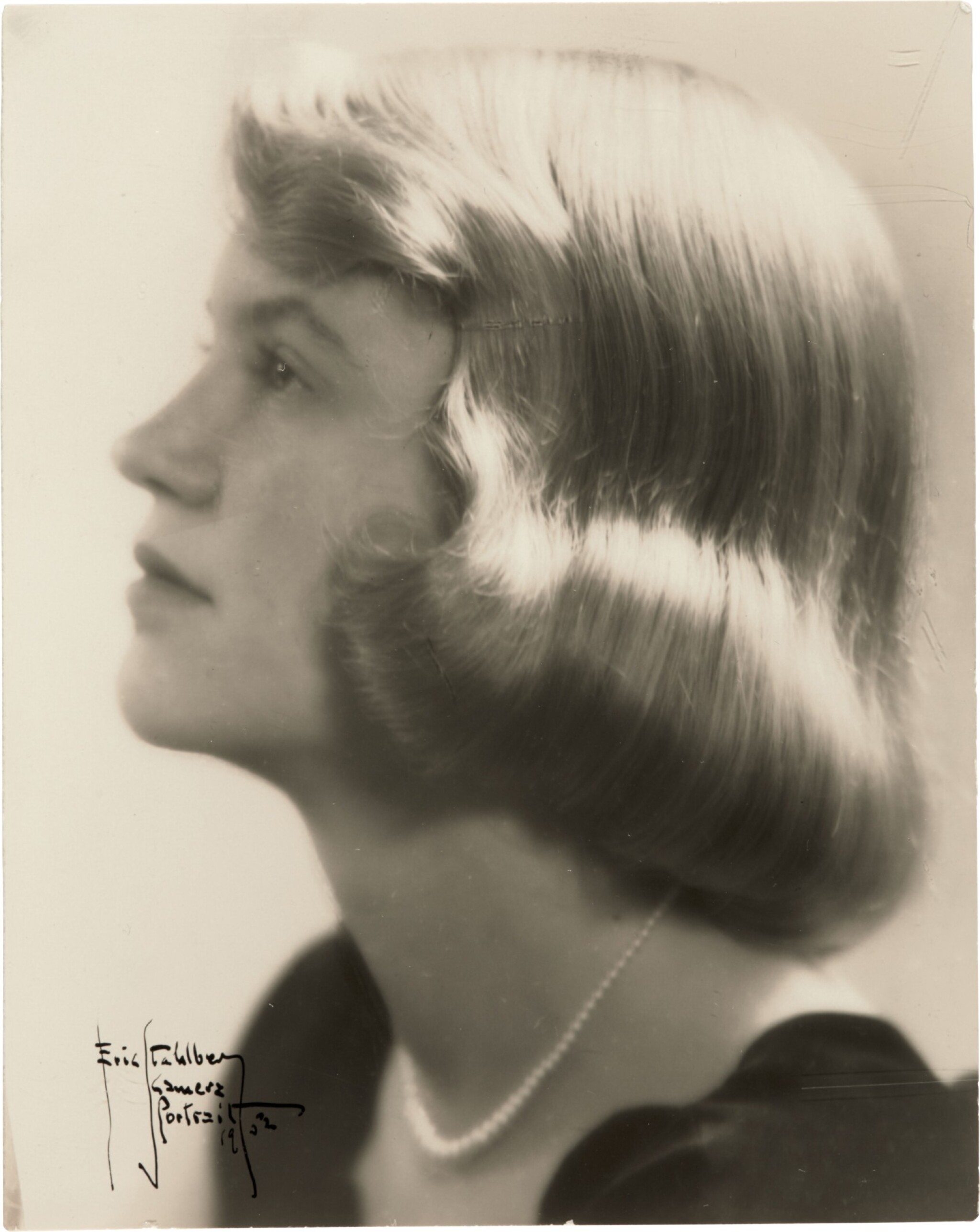 i) Facing left, head and shoulders, in a crewneck sweater, 120 x 97mm, signed and dated by the photographer on the image in black ink, creases, stain to lower left corner

iii) Profile, wearing a pearl necklace in a dress with puff shoulders, 122 x 96mm, signed and dated by the photographer on the image in black ink, photographer's stamp on the reverse, inscribed in pencil ("Sylvia Plath | 26 Elmwood Road | Wellesley Mass") and "T1 col.",