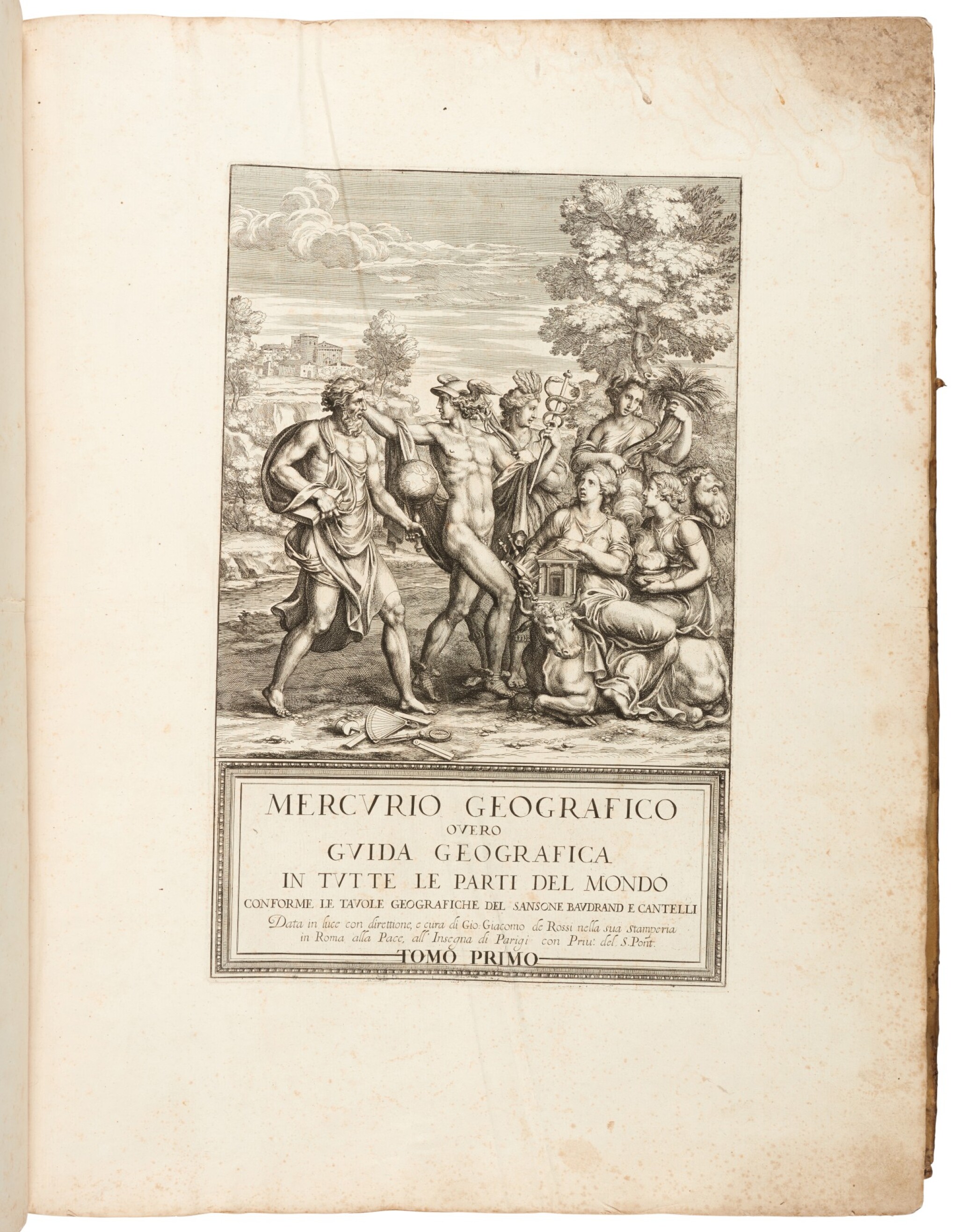 A comprehensive and detailed atlas of Europe, with a group of around sixteen maps of the rest of the world at the end. The Mercurio geografico was first issued by Giovanni Giacomo De Rossi in around 1684, and reissued regularly, with additional maps being added when available at the printshop. This set conforms to the maps listed in the printed sheets at the end of each volume, though the British Library copy of this edition (Shirley T.ROSS-1d) has an additional ten maps with later imprint dates that were not listed in the contents leaf.

For a later edition of this atlas, see lot 127.