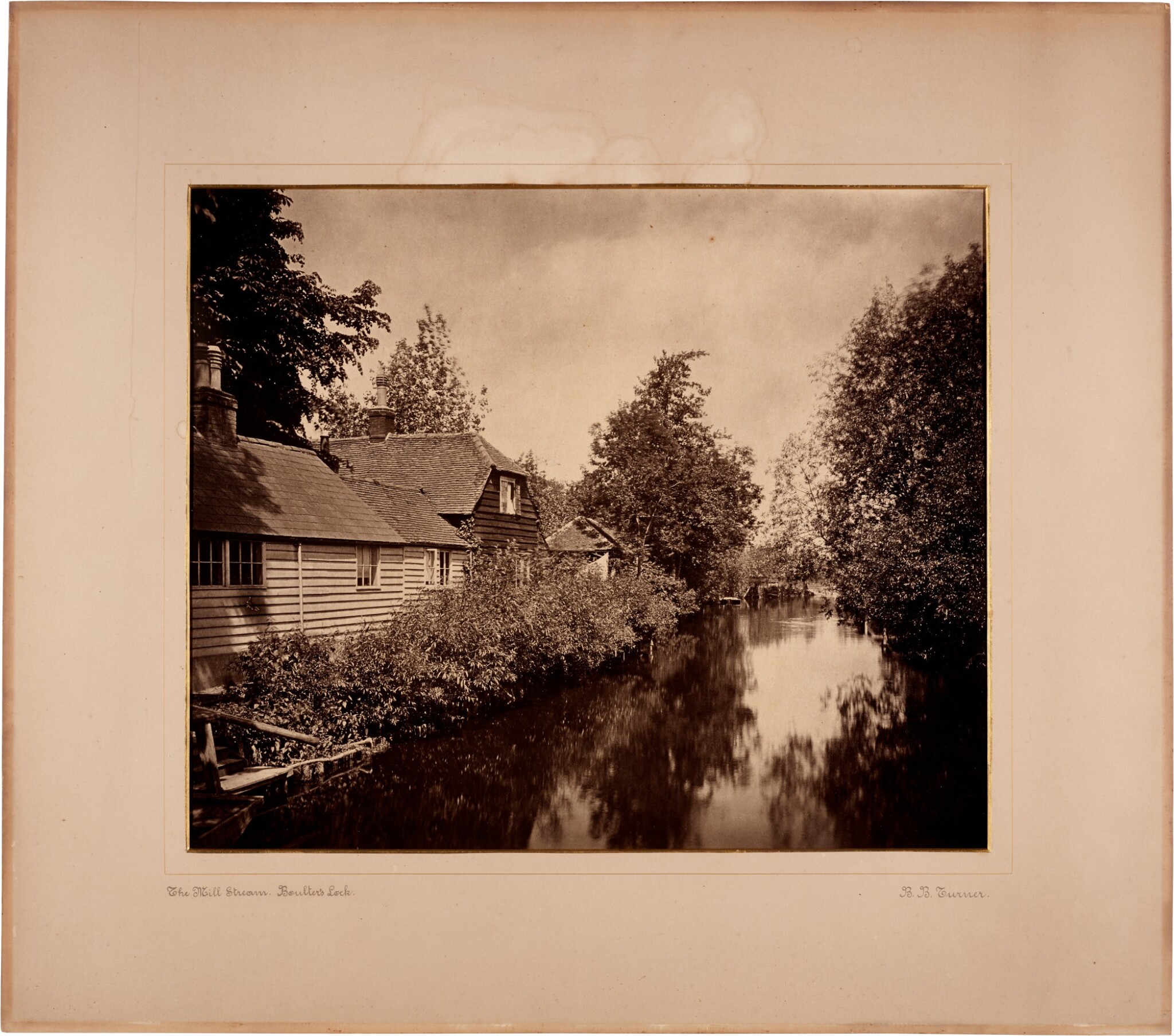 A RARE CARBON PRINT BY ONE OF BRITAIN'S EARLIEST AMATEUR PHOTOGRAPHERS.

In 1875 Turner exhibited two recent prints at the Photographic Society's annual exhibition. "They were enlargements in the carbon process, a permanent pigment process which generally became available from around 1865, from his calotype negatives of the early 1850s ... He showed two more carbon print enlargements at the annual exhibition of 1881, but this time they were from the newly introduced gelatine dry-plate negatives. Some of these survive and show that he had successfully translated the quality of his early pictures into the new technique. His late work followed the lines of his great period in the 1850s: it is large, striking and meticulous ... featuring sturdy rural bridges, vigorous trees and handsome mills" (Haworth-Booth).

minor spotting to the sky area; under a raking light very slight craquelure is visibile in the Dmax area of the upper left portion of the image and a couple of very minor surface flaws, overall the print appears in very good condition