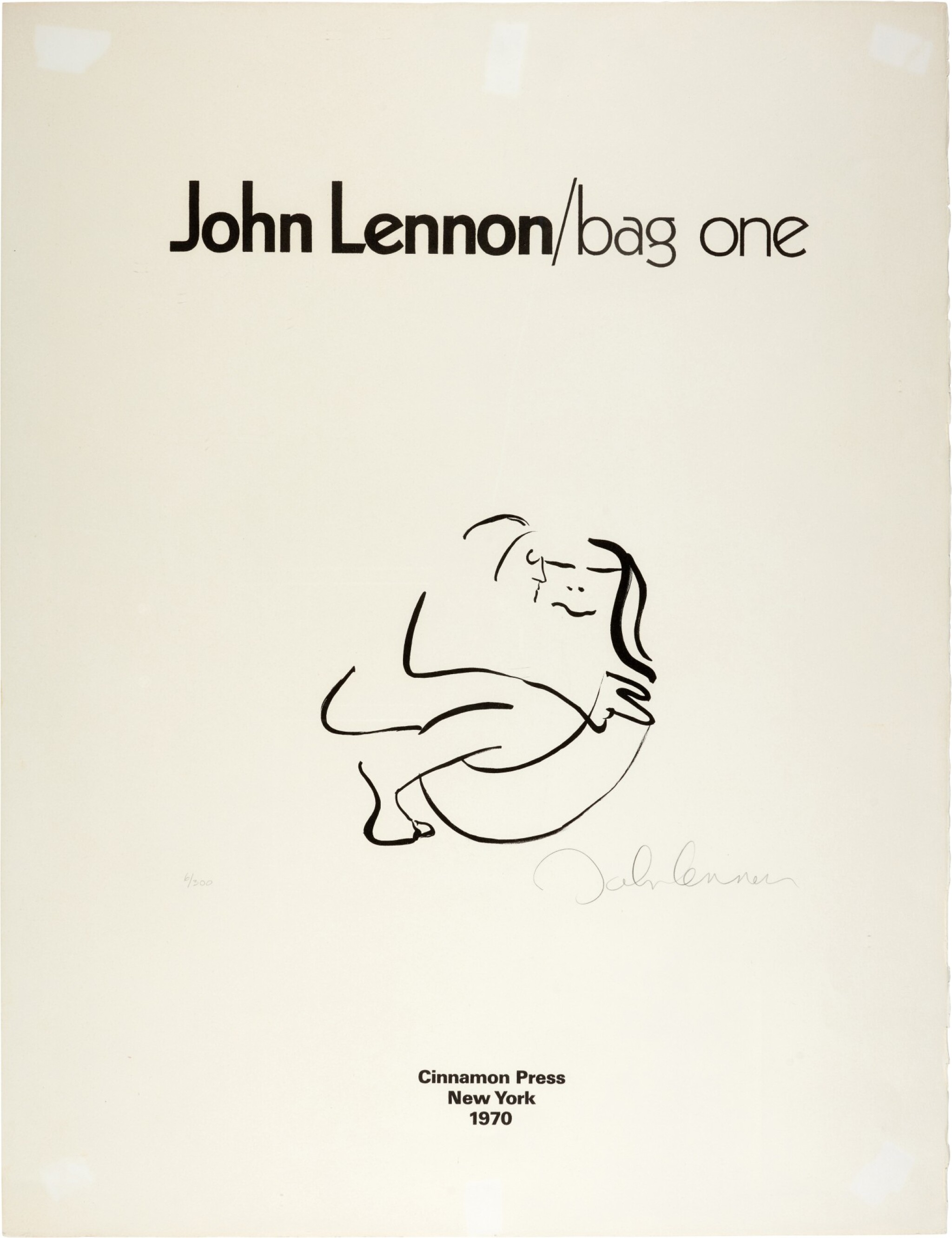 lithograph signed by John Lennon, and numbered 6/300 in pencil, on BFK Rives paper, (577 x 765mm), 6 areas visible where the original bright white of the paper can be seen due to tape removal from the verso due to previous mounting

"[The Beatles] had some bad scenes earlier this year, so from now on we’re determined to be ourselves. open to whatever new influences come along. Perhaps I’ll get interested in drawing and painting again. You can’t stand still and I think I’ve been standing still for a bit too long.” (John Lennon, 1969)