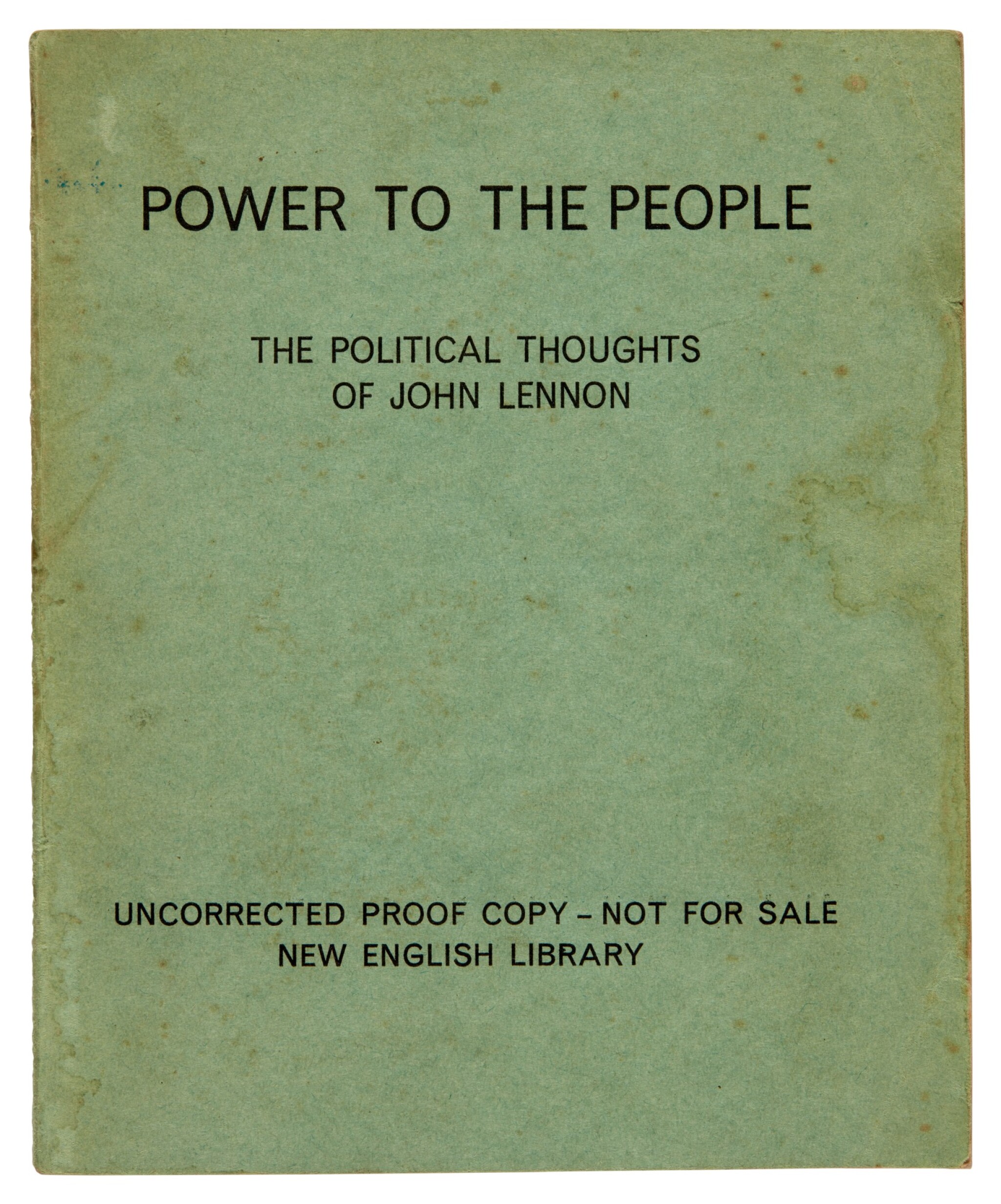 ﻿A RARE PROOF COPY OF THE BOOK THAT GAVE FULLEST EXPRESSION TO LENNON'S RADICAL POLITICS. This book followed John Lennon and Yoko Ono's song, 'Power to the People', and brings together many of Lennon's public comments during his period of most overt political activism. The politically charged text takes the form of short quotations, including some which express his disillusion with the Beatles: "You have to be a bastard to make it, that's a fact, and the Beatles are the biggest bastards on earth." The book was never published, and copies of this proof are rare. It was probably pulled when Lennon realised that bringing together his fiery anti-Capitalist comments in a book would not ease his ongoing difficulty in getting the US authorities to grant him a Green Card.