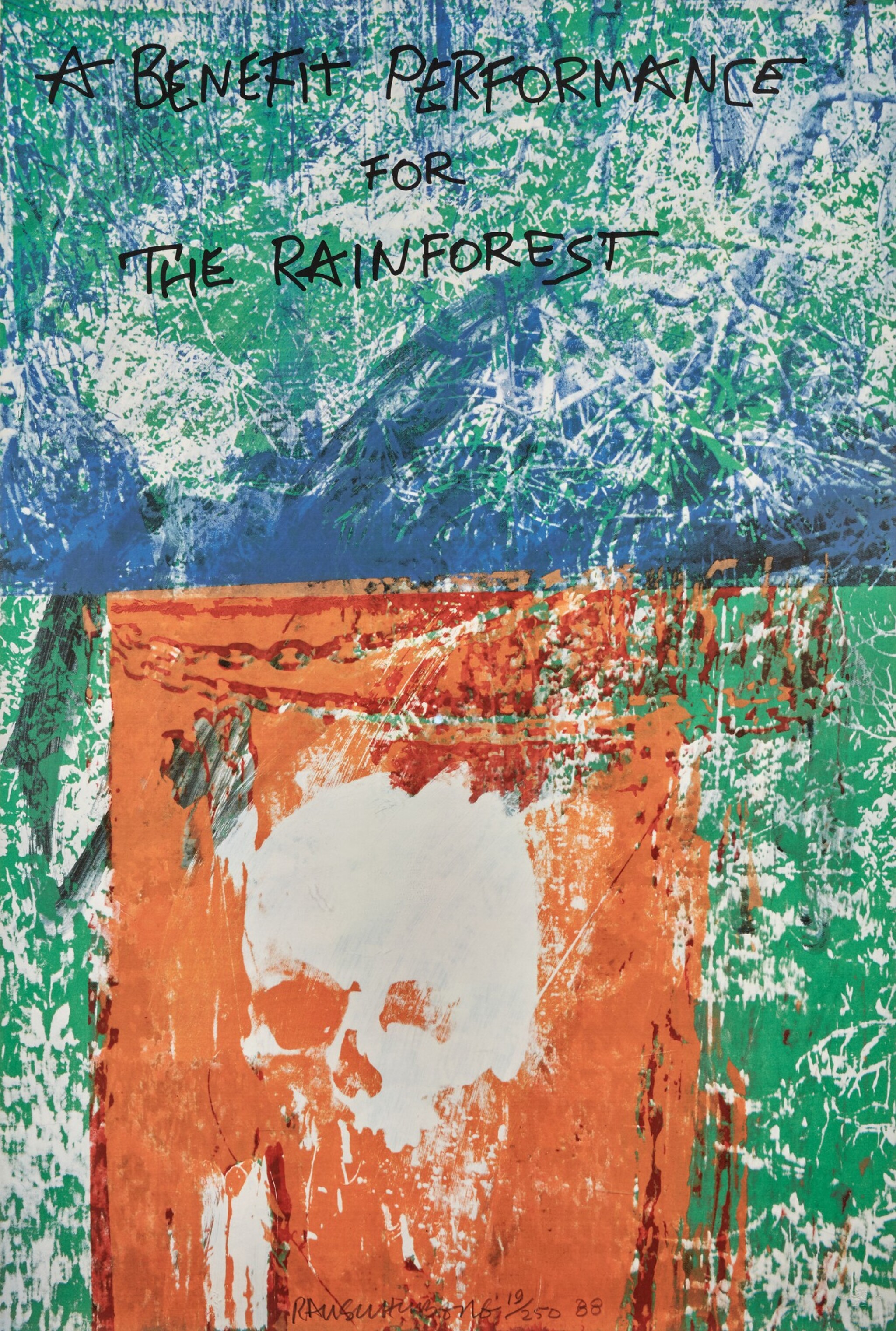 A Benefit Performance for the Rainforest. New York: Styria Studio, 1988

Color lithograph poster (40 x 27’’). Signed and dated “Rauschenberg 88” and numbered 18 of 250 at foot, “A Benefit Performance for the Rainforest” printed at head; fine. Matted, framed, and glazed; not examined out of frame.

On 24 September, 1988, the first benefit concert held to save the tropical rainforests was held at Madison Square Garden. The Dead played along with Suzanne Vega, Bruce Hornby, and the Range. Other guests joined the Dead on stage, including Mick Taylor, Daryl Hall and John Oats and Jack Casady. Proceeds from the show were donated to Greenpeace, Cultural Survival, and the Rainforest Action Network. Rauschenberg printed this limited run of lithograph posters for the event.

While the Dead had performed at many benefits prior to this date, this was the first in which they came out to support a straightforwardly political cause. Garcia, speaking to the New York Times, said “We’ve never called on our fans to align themselves with one cause or another, and we’ve always avoided political statements … But this is an issue that is life-threatening and we hope that we can empower our own audience to act” (The New York Times).

Don't Ease Me In

Every Time You Go