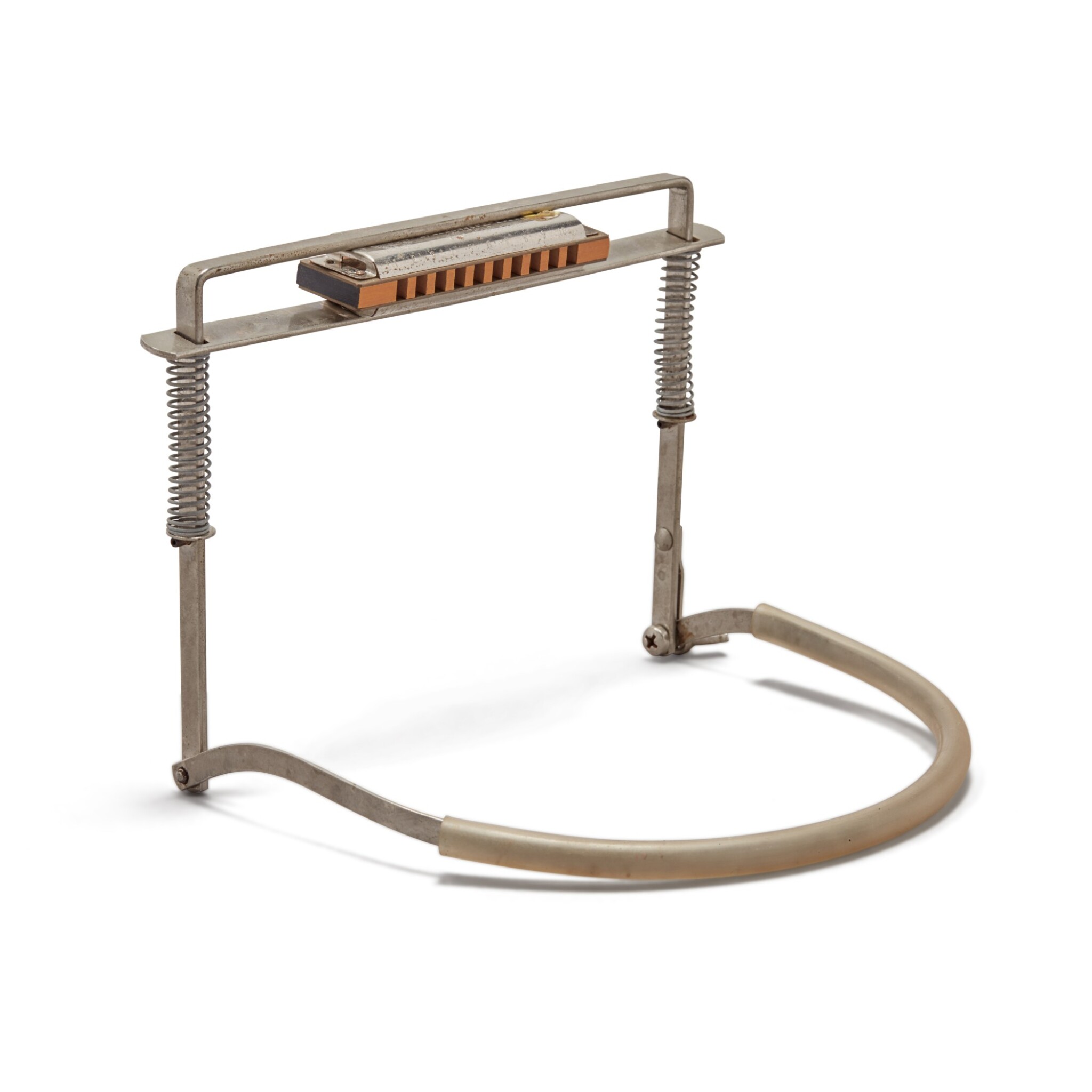 From the Dylan & the Dead tour

In 1986 the Dead’s audience had grown so large that they could no longer play at the arenas and amphitheaters they were used to touring in, and realized that they would need to shift to stadiums for their upcoming 1987 summer tour. Imagining these much larger venues, they began to think about possible collaborations—musicians they could tour and perform alongside with. They immediately thought of Bob Dylan. Each night began with the Dead playing one or two sets, followed by another set where they played together with Dylan. A live album, recorded during the tour, was released in 1989 as Dylan and the Dead.

The image of Bob Dylan punctuating his guitar strumming with harmonica is indelible and it remains a staple of his live shows. Early on he switched to a single key harmonica from the more complex chord harmonicas, in emulation of the great Blues harp players. He quickly became good enough to back up other players including Big Joe Williams and Fred Neil.

“More than any other instrument, the harmonica would always seem tailored to his musical ideas, and it remains the only ‘lead’ instrument he can play with any confidence” (Heylin, Behind the Shades).