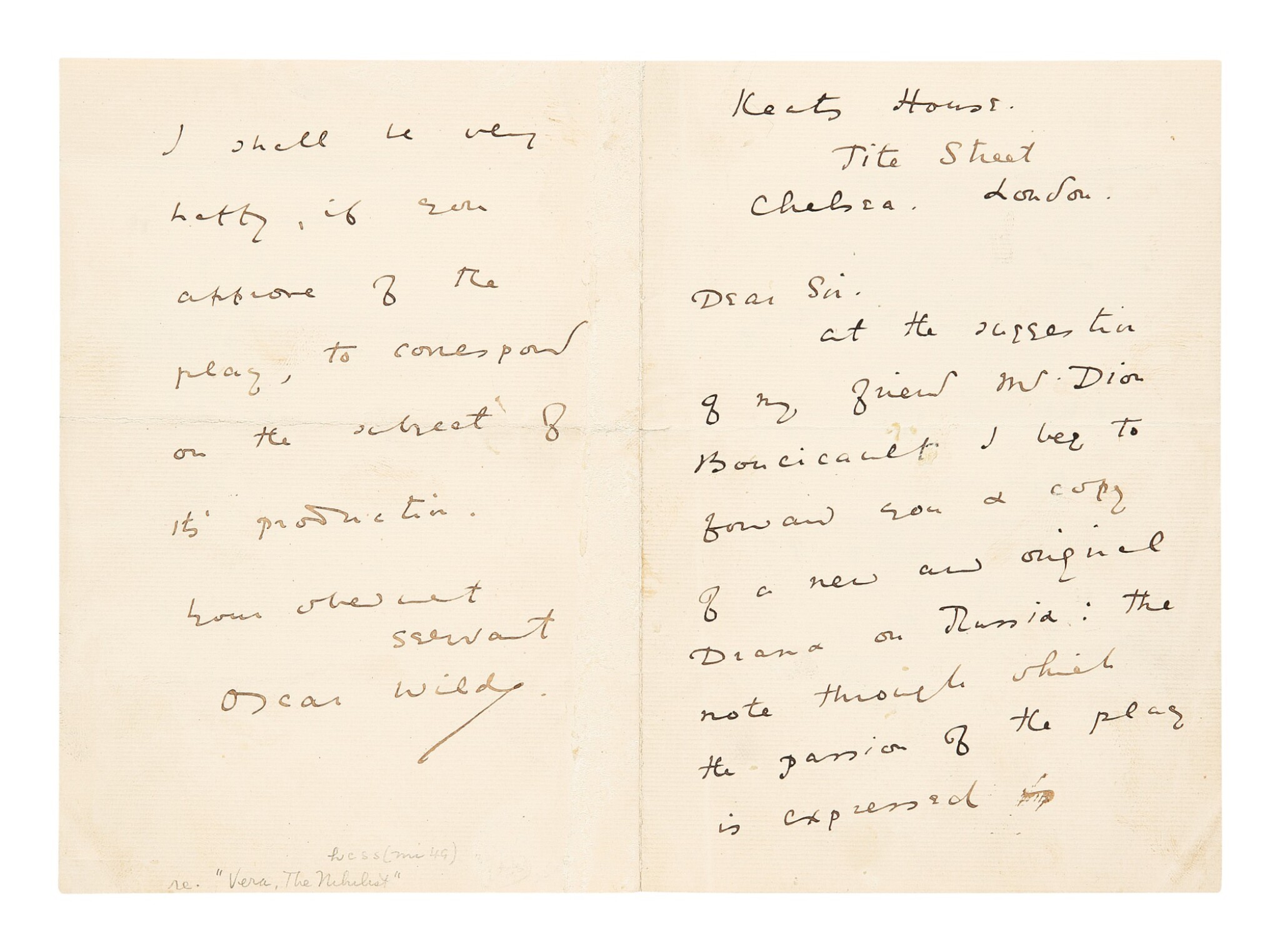 Wilde seeks a producer for his first play. In 1880, Wilde completed his first play, Vera, or The Nihilists, a melodramatic tragedy set in Russia and loosely based on the life of Vera Zasuilich. Although Wilde originally secured a British backer for the play, it was ultimately decided that the play could not be given in London due to its political themes. The author then sought a French venue for his play and was eager for Sarah Bernhardt to take the lead role, but this came to nothing.

While on his celebrated tour of the United States in 1882, Wilde revised the play and was able to find an American backer. The first performance of Vera was given at the Union Square Theatre in New York on 20 August 1883. The play was a failure and closed after one week; it was, however the first production anywhere of a Wilde play.

It is likely that the present letter was written to a French producer rather than an American. "At the suggestion of my friend Mr. Dion Boucicault I beg to forward you a copy of a new and original drama on Russia: the note through which the passion of the play is expressed is democratic — and for that reason it is impossible to act in London — but the essence of the play is human. There are two fine main parts for character acting — an old Prince Metternich sort of statesman full of epigram and unscrupulousness, and the Czar.

"The hero is a young enthusiast: and the heroine who gives her name to the play is conceived in all the varying moods of passion that a study of Sarah Bernhardt could suggest. I shall be very happy, if you approve of the play, to correspond on the subject of its production."

Vera has only been performed occasionally. It is an early manifestation of Wilde's claim to be a socialist, and it is often interpreted as veiled support of the cause of Irish independence from Britain.

An important, previously unlocated letter illuminating Wilde's earliest efforts to have his plays staged. This letter was known to scholars only through a corrupt transcription by A. J. A. Symonds, now in the William Andrews Clark Library and published in Holland and Hart Davis's edition of Complete Letters (2000), pp. 97–98.