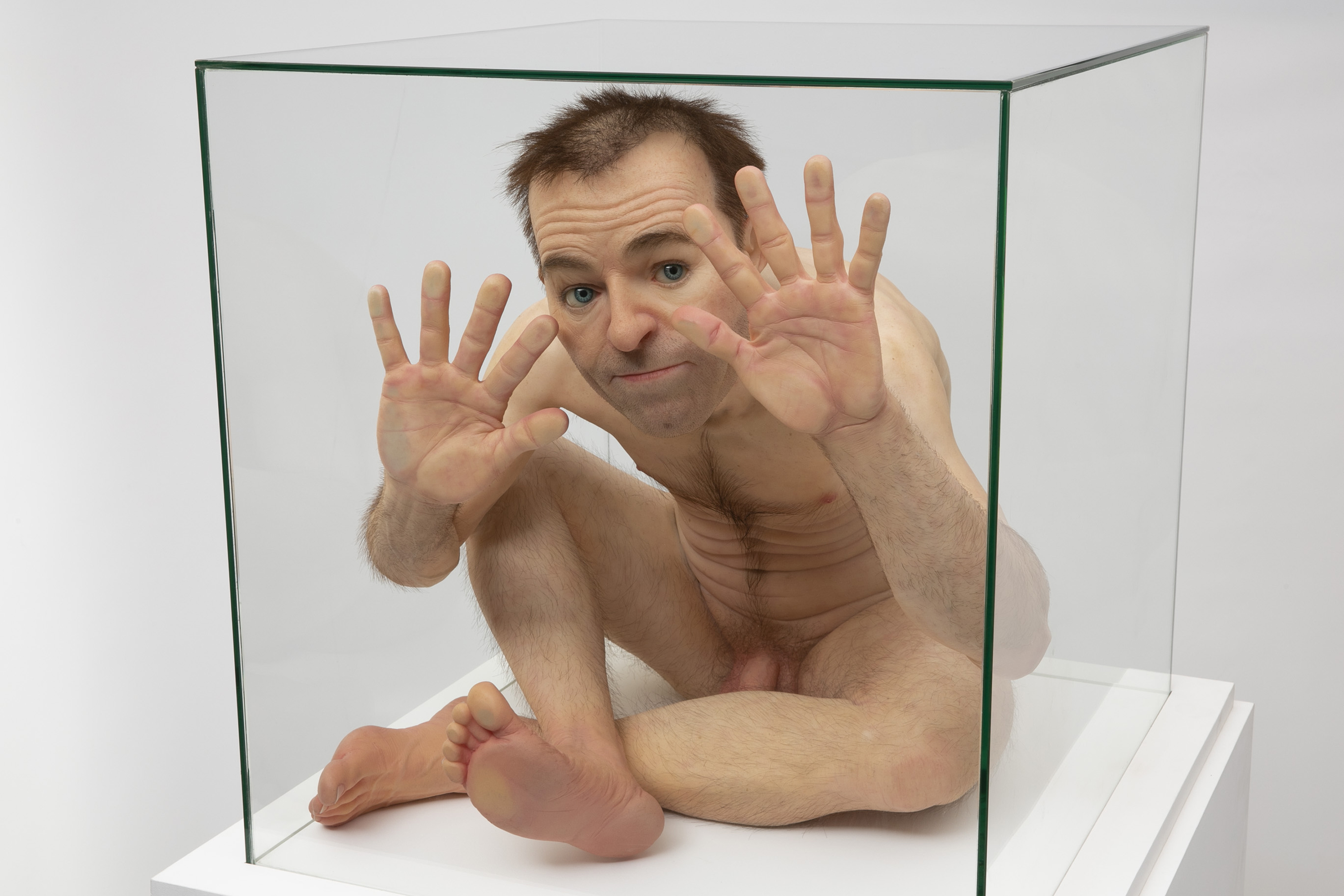 signed; and dated, Paul Trefry 2020, under the bottom of the figure

Born in 1967 in Sydney Australia, Paul Trefry started his own company ‘Creature NFX Workshop’ in 1987 at just 20 years of age. He has produced work for Australian feature films as well as International projects that have taken Paul and his work all over the world. Over the years, Paul has worked closely with such film directors as James Cameron, Angelina Jolie, Russell Crowe, Ridley Scott and Baz Lurhmann. Trefry travelled to England where he spent the best part of 1986 working at Jim Henson’s Creature Shop, Bob Keen’s Workshop at Pinewood Studios, and with Ron Mueck. This trip influenced and turned Paul’s career in a totally new direction: film, television, and the manufacture of animatronics and models. After building his company into the global success it is today, Paul has broadened his horizons into the world of art. His 34 years working in the film and television industry has given him the skills to produce hyper-realistic models of people and animals and the knowledge of playing with scale, constantly drawing inspiration from the time spent with Ron Mueck back in 1986. His works have been published in numerous venues including The Sydney Morning Herald, The Telegraph UK, The Daily Telegraph, Daily Mail Australia, and the South Sydney Herald among others. His works have been exhibited at the National Gallery of Australia, National Trust S.H Ervin Gallery, Brenda May Gallery, Richard Martin Gallery, the Kings College exhibition, The International Art Contest 2014 (winning 1st place for mixed media), the Sculpture Darling Park Exhibition 2013 (winning 1st prize), Performing Arts Meeting Yokohama, Japan, Mornington Peninsular Regional Gallery, and the Wellington St. Gallery in a solo show titled “Flesh for Thought”, among others. Trefry’s work has also been popular with the general public, winning numerous People’s Choice Awards such as in the Salon Des Refuses 2015, Sydney, Australia, at the Incinerator Prize exhibition at Incinerator Gallery, Aberfeldie, Australia, and at the Tom Bass Prize exhibition in Sydney, Australia.