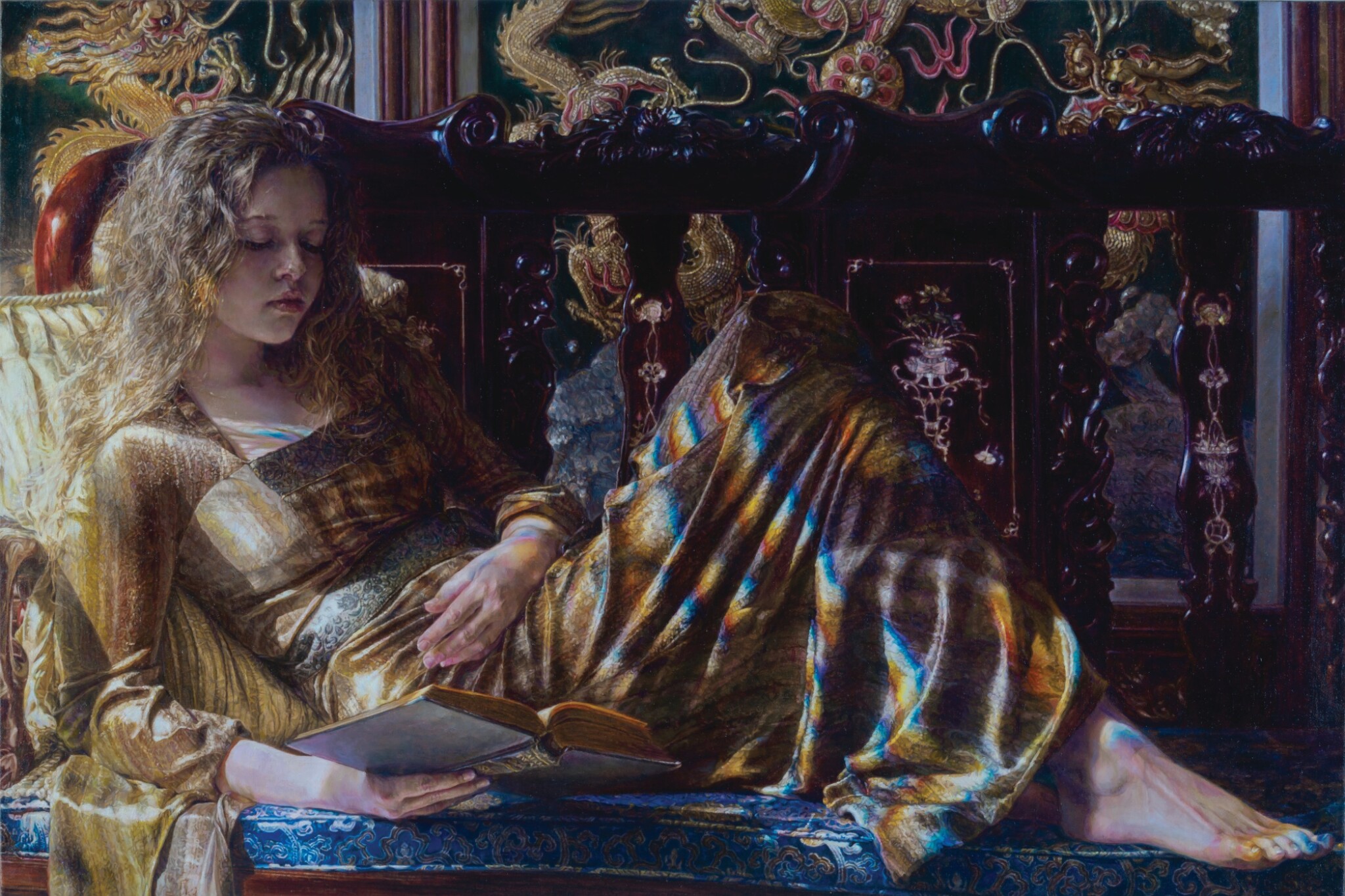 signed; Sandra Kuck on the reverse and again, lower right