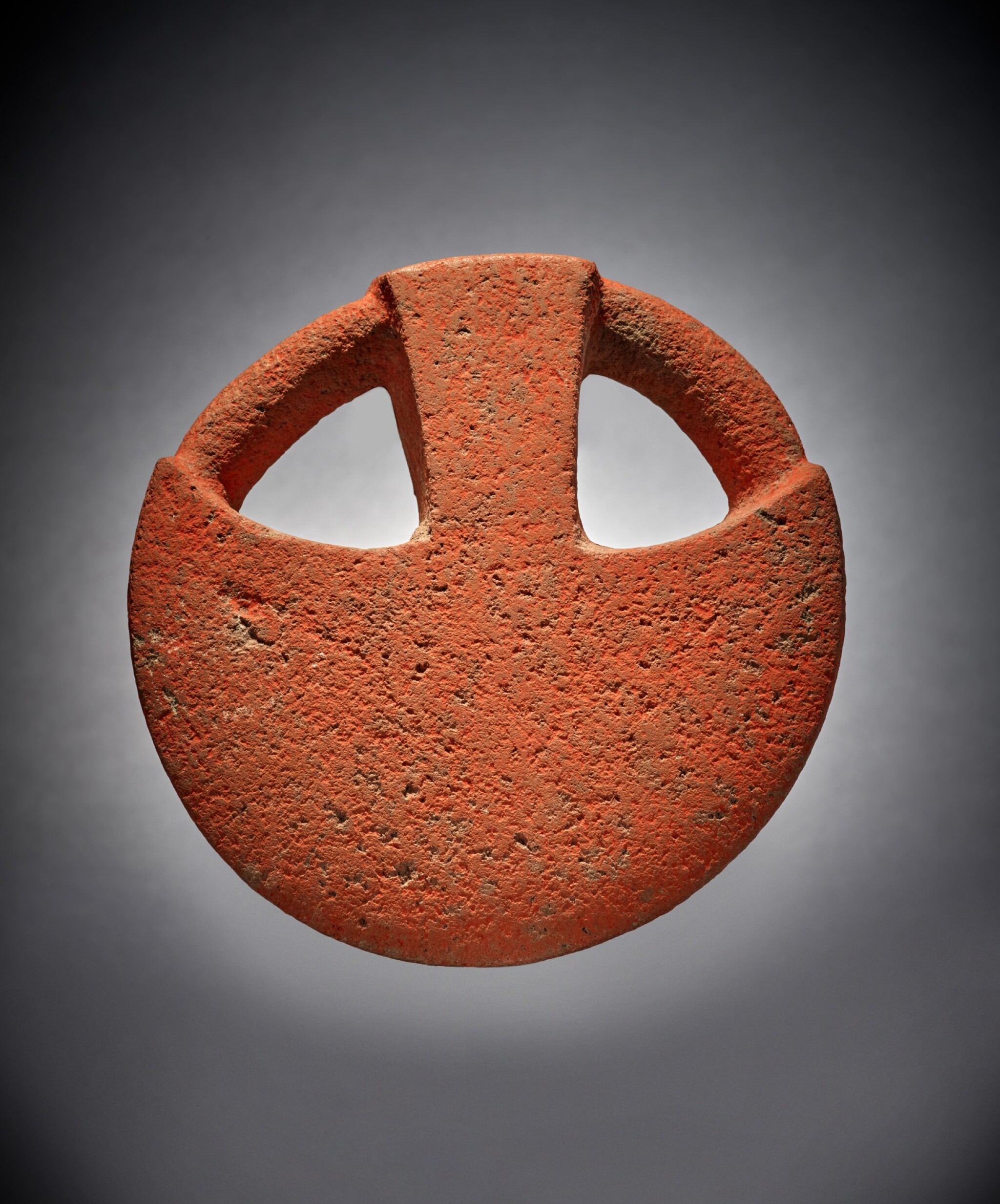 The abstract form of this hand-stone resonates with a modern and timeless aesthetic. Sometimes referred to as padlock stones, they were ceremonial and functional sculptures, one of the ballgame accoutrements. These stone sculptures were likely the trophy versions of the perishable hand-stones used by ballplayers. Manopla forms ranged from oblong to circular and are known from the Gulf Coast to the southern Maya Highlands.

This basalt manopla is covered in brilliant red cinnabar (mercury sulfide) imbuing a sacred aspect to the heavy stone. There is a harmonious proportion as the solid lower half flows into the rounded handles forming openwork triangular areas with slightly curved edges on both vertical and horizontal sides.