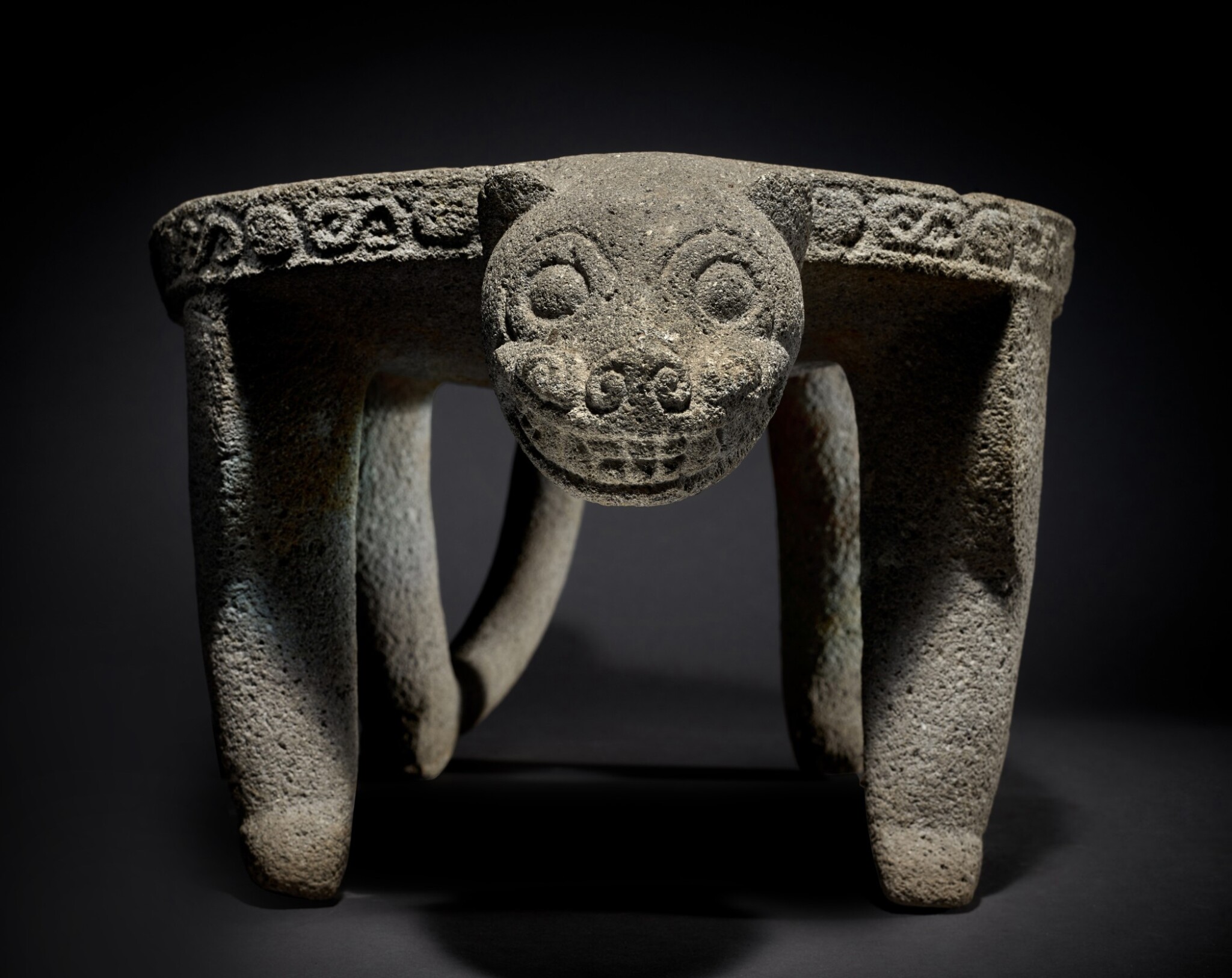 André Emmerich Gallery, New York (inv. no. CA-804)
Private Collection, acquired from the above on November 30, 1968

The carving of large basalt stones into effigy metates was one of the main forms of ritual sculpture in Costa Rica since AD 1. The large stone metates were primarily used as grinding stone surfaces but many show minimal surface wear and were likely made as benches or platforms for the elite. Metates occur in many regional styles but are nearly always carved with images of powerful animals or birds. The feline effigy metates are suggested to have been inspired by the Late Classic Mesoamerican stone jaguar thrones (Julie Jones, Michael Kan, and Michael J. Snarskis, eds.; Between Continents/Between Seas: Precolumbian Art of Costa Rica, Detroit, 1981, p. 127). These effigy sculptures reinforce the connection of high social status, predatory power, and the procurement of life-sustaining maize.

The jaguar was believed to be the deity of the underworld and was a frequently portrayed avatar for warriors and chiefs. The fierce strength and prowess of this nocturnal hunter were depicted on the sculpture by the large bared teeth, wide eyes, and taut muscular head. The thin rim encircling the platform is carefully carved with alternating designs emulating the feline’s pelt. The center of this platform was perforated.