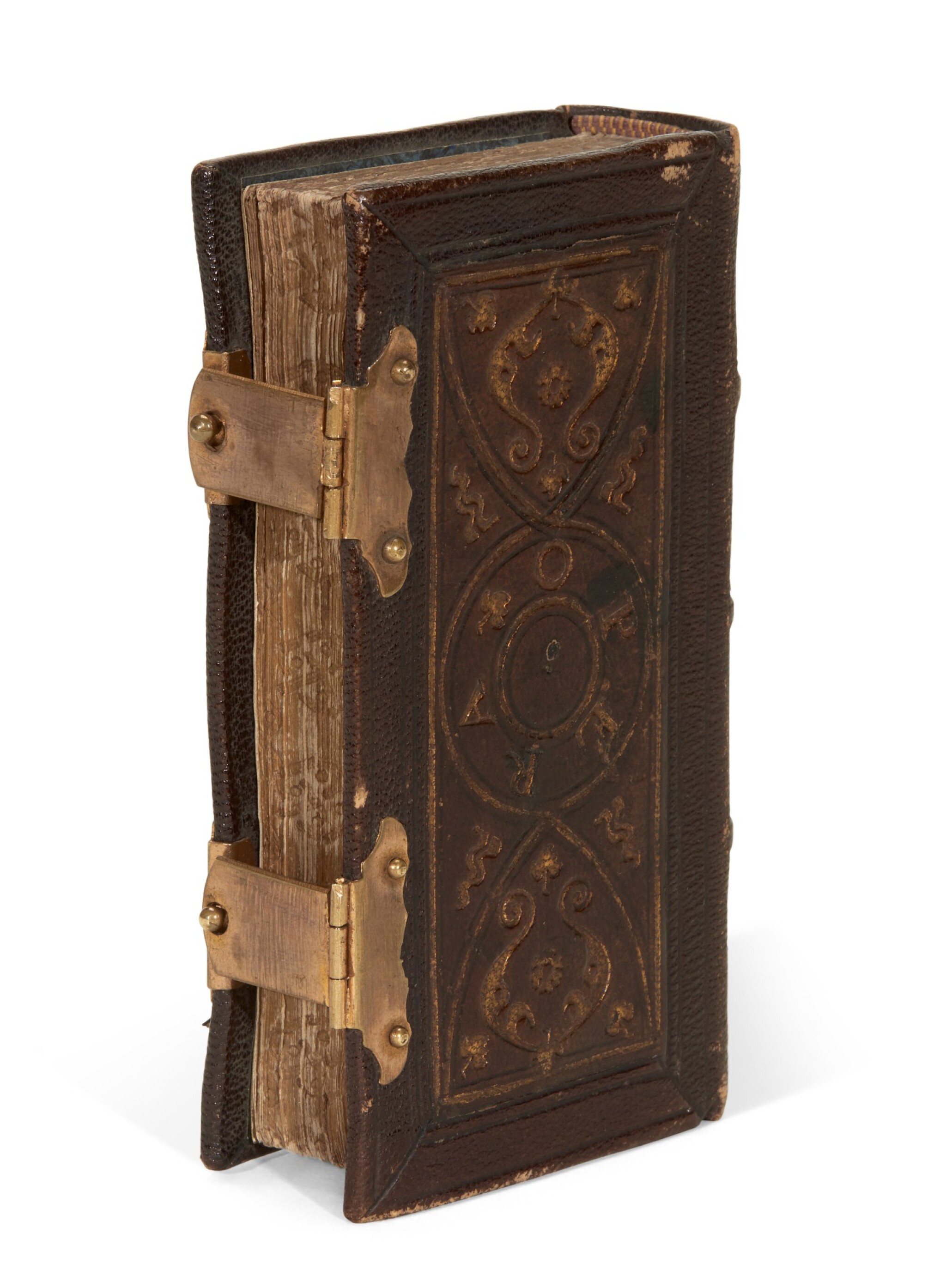 The first miniature edition of Dante ("minimis typis"), printed by Alessandro Paganini, who is considered the inventor of the 24mo format, in an italic typeface of his own design. The book is dedicated to Cardinal Giulio de' Medici.

The first two decades of the sixteenth century introduced new formats for editions of Dante, which up until then had been large folio editions, mostly with a commentary and some with woodcut illustrations. The first octavo edition (without commentary or illustrations) is printed by Aldus in 1502, then the first quarto edition (with commentary and illustrations) appears in 1512, printed by Bernardino Stagnino. The 1506 Giunta octavo edition, while imitating the Aldine, additionally contains a two-book dialogue on Hell, with Antonio Manetti as the main character, and woodcuts depicting hell and earth and purgatory (this dialogue was later issued separately). The 1515 Aldine reprint, now entitled Dante col sito, et forma dell'Inferno, additionally contains three woodcuts of Hell and Purgatory, following Manetti (see lot 100).

Paganino's edition is closely modelled on the 1515 Aldine, but is not a straightforward copy. Although undated, this is one of three editions Paganino printed in around 1515-1516, one in octavo and two in the miniature 24mo format.

Nicolaus Rittershusius [Rittershausen] (1597-1670, of Altdorf), inscription on title-page dated Paris, 1628; Karl, Freiherr von Ransonnet-Villez (born 1802), manuscript notes about the edition on flyleaves dated January 1878, and given to his daughter-in-law Agatha (who married his son, the painter Eugen von Ransonnet-Villez, in October 1870), inscription at end in Italian dated 22 June 1870