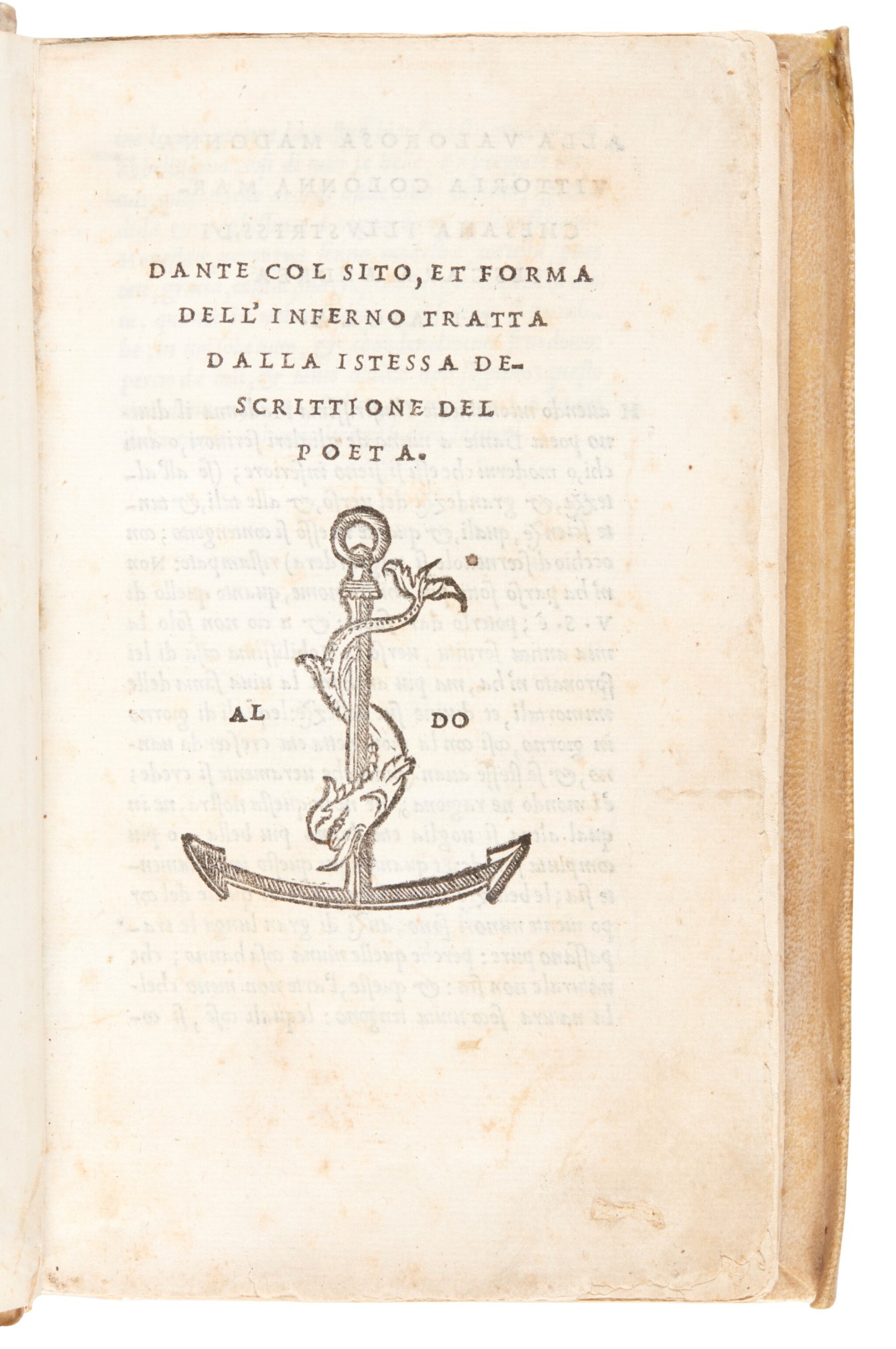 Second Aldine edition of Dante. This is the first issue, with the single dash in the title word "De- scrittione" (for details of the second issue, see UCLA 136.5).

The woodcut illustrations first appeared in the 1506 Giunta octavo edition of Dante, which also contained a two-book dialogue on Hell, with Antonio Manetti as the main character; Manetti was interested in the topography of Dante's worlds. This 1515 Aldine, now entitled Dante col sito, et forma dell'Inferno, reflects the new topographical interest in Dante; the title of the earlier Aldine, Le terze rime, emphasised the poetic aspects. It additionally contains three woodcuts of Hell and Purgatory, devised by Trifone Gabriele (a friend of Bembo's), which were copied for Paganino's miniature editions of Dante (see lot 101).