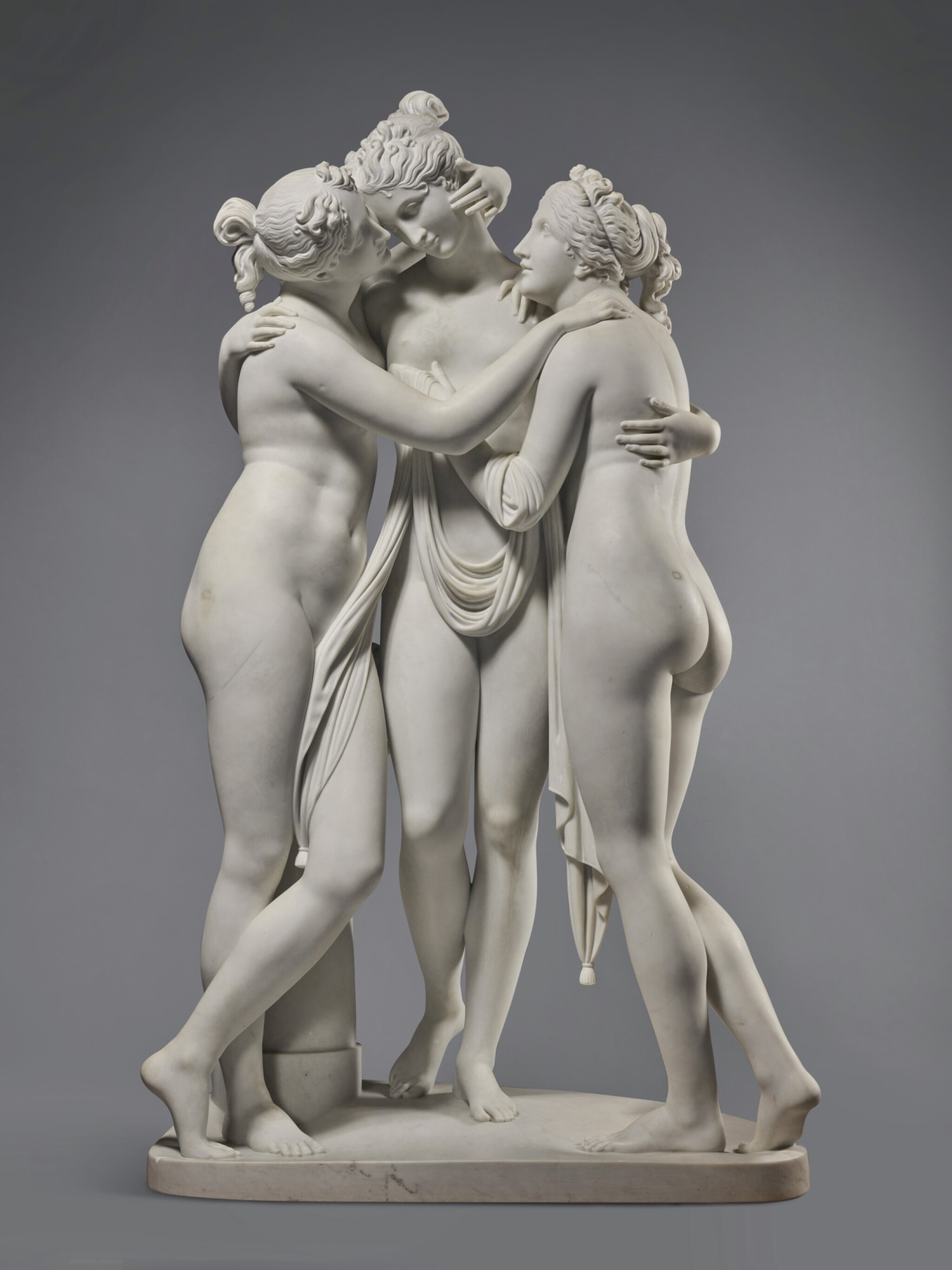 signed A. Frilli C and inscribed Firenze (Italia) and with spurious inscription on rockwork base: B.B? llo? 1900

To request a condition report for this lot, please contact Dominick.DiPrima@sothebys.com.

Antonio Frilli founded his eponymous gallery in Florence in 1860 and specialized in producing decorative works for the international market. He was one of many Italian artists of the 19th century who executed copies after Ancient, Renaissance and Neoclassical compositions, including Antonio Canova’s celebrated Three Graces. Canova’s masterpiece was commissioned in 1812 by the Empress Joséphine de Beauharnais, the first wife of Napoleon Bonaparte, and it was conceived during the sculptor’s artistic maturity. While depictions of this subject can be traced back to antiquity, exemplified by the famous Roman group, Les Trois Grâces, that was restored by Nicolas Cordier (1567-1612) and is in the collection of the Musée du Louvre, Canova’s composition has become so famous that it is now synonymous with the subject.

Canova’s sculpture depicts the three young daughters of Zeus, the king of the Greek Gods. Each of the women personifies a sacred gift to humanity. From left to right, Euphrosyne represents mirth, Aglaia personifies elegance, and Thalia, youth and beauty. The three women face the viewer and gracefully and affectionately embrace each other. The central figure wraps her arms around her sisters, and all three figures are further united by a sinuous piece of cloth, which is entwined with their limbs. Behind the women stands an altar adorned with a garland of flowers, representing both the ties between them and the ancient Greek religion from which their legend is derived.

Canova’s prime version of work is in the Hermitage Museum in St. Petersburg, and it is the star of the museum’s matchless collection of the artist’s work. There is a second version, which was commissioned by John Russell, the sixth Duke of Bedford, and which Canova is said to have preferred to the first, that is held in a trust for the United Kingdom by the Victoria and Albert Museum in London and the National Galleries of Scotland in Edinburgh.

M. Trusted, The Return of the Gods: Neoclassical sculpture in Britain, London, 2008, no. 5;