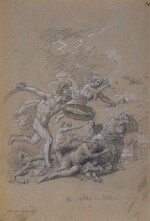 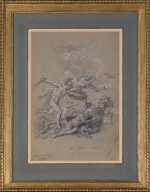 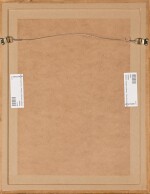 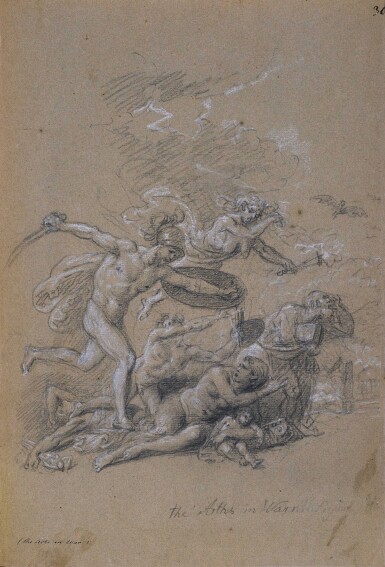 THE ARTS IN WAR

In his powerful drawing, which is full of movement and energy, Zoffany shows Mars, the god of war and his companion Alecto, the Fury responsible for anger, swooping down in a violent attack on the personifications of painting, music and literature.