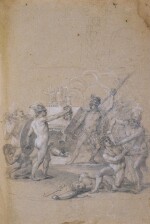 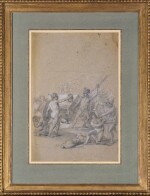 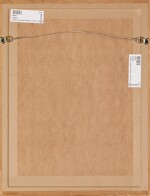 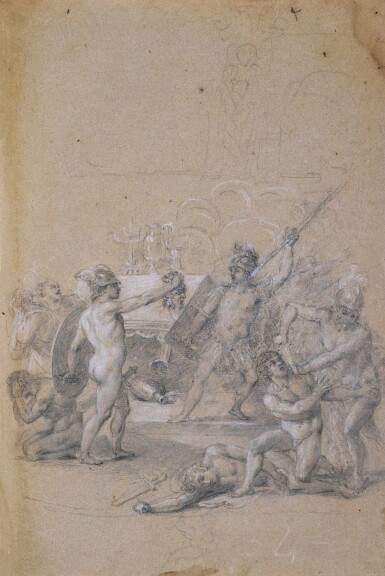 Zoffany presents the moment when Phineas, King of Thrace, and his follower burst into the wedding of Perseus and Andromeda. Perseus, who wears the Cape of Hades, brandishes the Gorgon’s head, which instantly turns the attackers to stone.