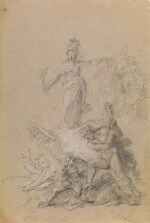 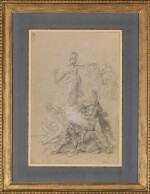 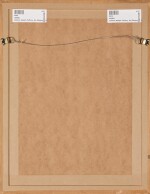 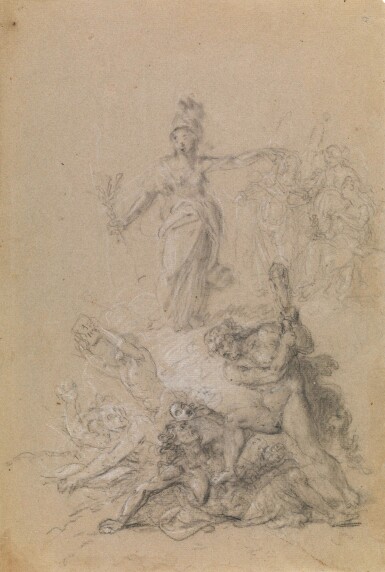 AN ALLEGORY OF MORAL FORTITUDE

In this drawing Zoffany shows Athena, the goddess of wisdom and righteous war, gracefully levitating above Hercules who, clad in the protective hide of the Nemean Lion, is in the midst of attacking the earthly vices of Envy, Calumny and Distraction. Athena is Hercules’ guardian and half-sister and when seen together they represent the virtue of fortitude.