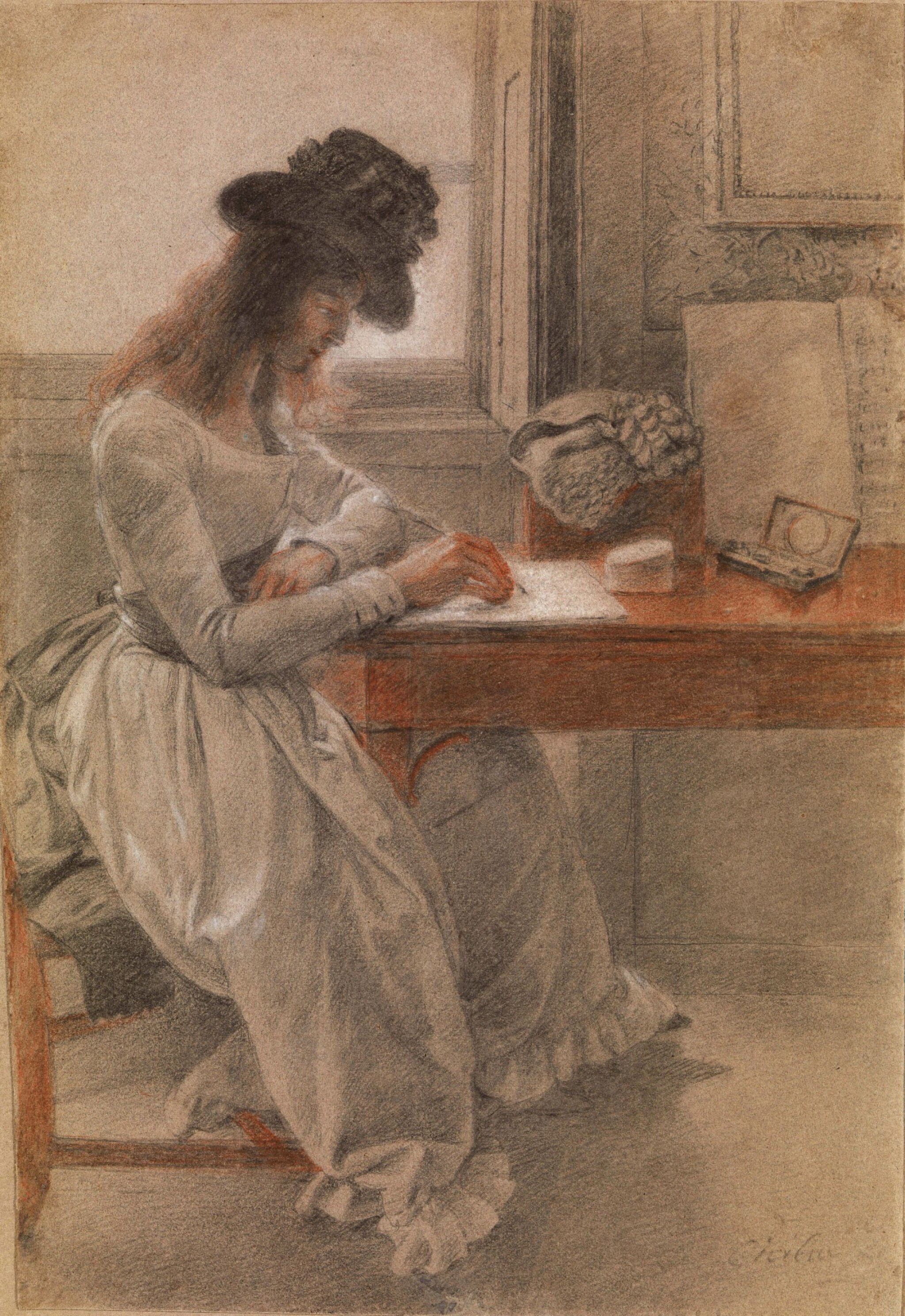 THE ARTIST’S DAUGHTER, CECILIA, SEATED AT A WRITING DESK

In this sensitive and highly finished drawing from circa 1796, Zoffany depicts his daughter, Cecilia Clementina Eliza (1779-1830). The girl, who by all accounts was extremely beautiful, wears a fashionable dress and a laced black hat. She sits at an elegant desk, half silhouetted by the strong light of the window. Pen in hand, perhaps writing or drawing, she is deep in concentration.

As a young man Zoffany had married Anthonie Theophista Juliane Eiselein, the daughter of a court official in Wurzburg, however the couple became estranged and she returned to Germany soon after 1760, when Zoffany moved to England. In London, he met Mary Thomas (c.1755- 1832), the daughter of a glovemaker, who followed Zoffany to Italy where they married in secret. The couple had a son, who sadly died in infancy, and four daughters who lived full lives. Cecilia Clementina Elizabeth was their second eldest daughter. She was born in Albemarle Street, Mayfair but along with her sisters, she spent much of her childhood in Chiswick. In 1799 she married Thomas Horne, the son of a prominent schoolmaster and clergyman. Although the couple went on to have eight children, their marriage was not a happy one and it ended in separation.