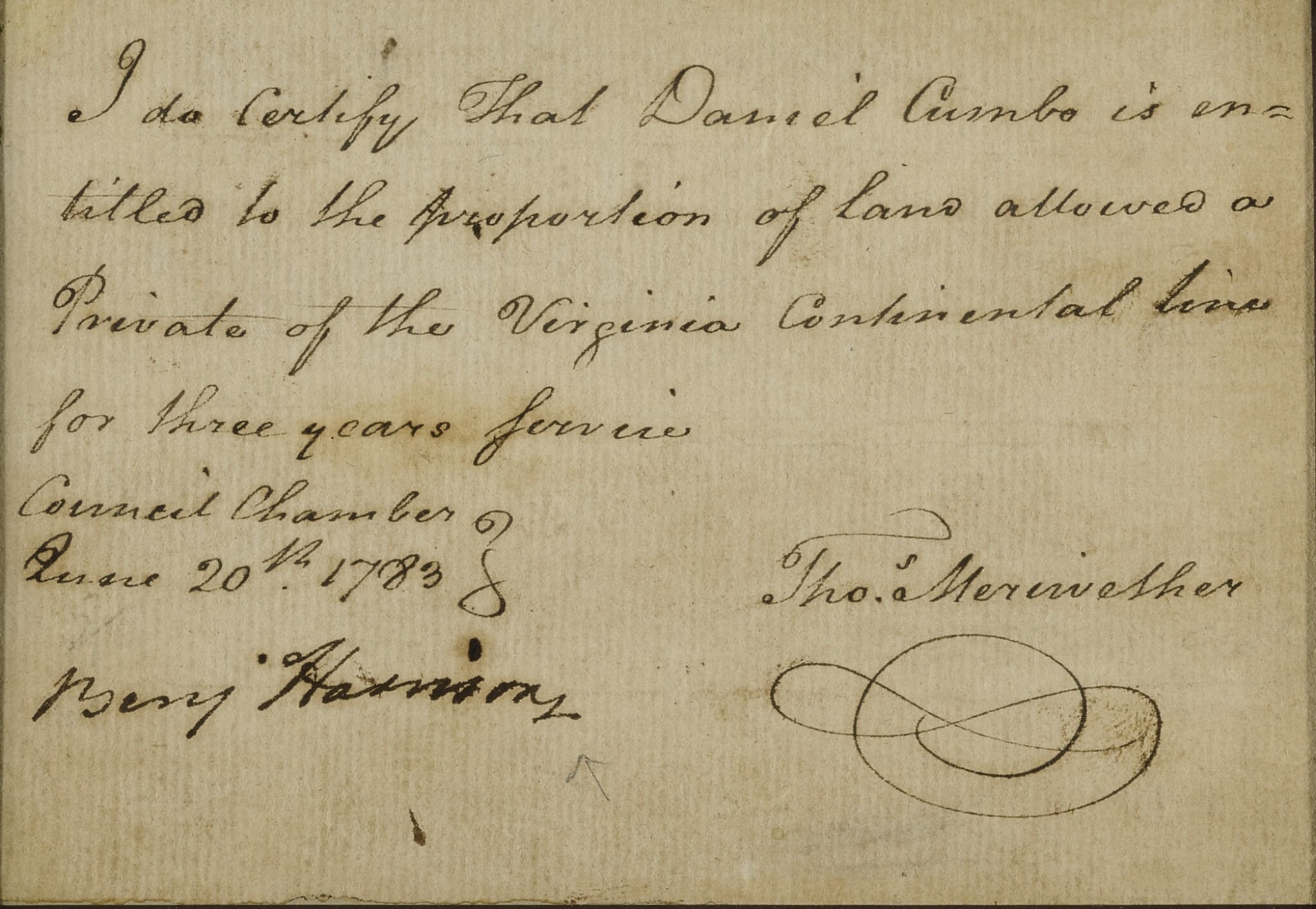 One page (4 x 5 5/8 in.; 101 x 144 mm), "Council Chamber" [Richmond], 20 June 1783, countersigned by Thomas Meriwether; lightly browned. Matted, framed, and glazed. The consignor has independently obtained a letter of authenticity from PSA that will accompany the lot.

Signer of the Declaration of Independence Benjamin Harrison confirms a land grant for an African-American patriot and veteran of the Continental Army: "I do certify that Daniel Cumbo is entitled to the proportion of land allowed a Private of the Virginia Continental line for three years service."

Daniel Cumbo, of James City, Virginia, appears on the roster of "Virginia Negro Soldiers and Seamen in the American Revolution" published in The Journal of Negro History, Vol. 27, 1942. A highly unusual documentary conjunction of a Signer of the Declaration of Independence and an African American member of the Virginia Continental line.