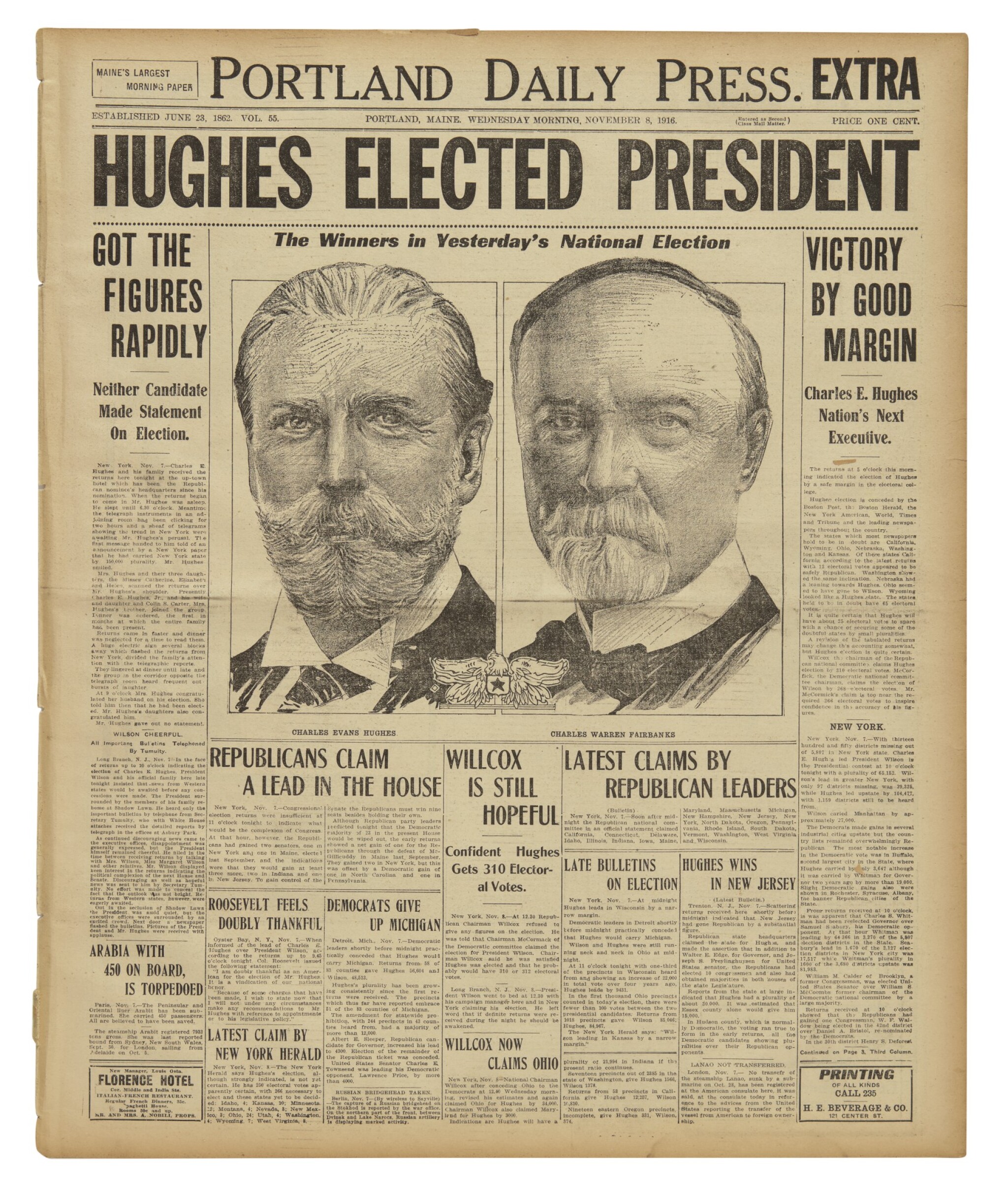 Large folio, 16 pages (21 1/8 x 17 1/2 in.; 538 x 443 mm), fine, large portraits of Hughes and running-mate Charles Warren Fairbanks dominate the front-page above the fold; browned, tiny bit of marginal chipping, disbound. The consignor has independently obtained a letter of authenticity from PSA that will accompany the lot.

"Hughes Elected President." Thirty-years before the Chicago Tribune's famous gaffe in the Truman-Dewey contest, the Portland Daily Press even more confidently reported Republican challenger Charles Evans Hughes's victory over incumbent Woodrow Wilson. In addition to its banner headline, the front-page of the paper also reported "Victory By Good Margin" and "Confident Hughes Gets 310 Electoral Votes." The front page also carried a statement from former president Teddy Roosevelt: "I am doubly thankful as an American for the election of Mr. Hughes. It is a vindication of our national honor." Roosevelt, of course, was largely responsible for the election of Wilson in 1912, when he bolted the Republican Party in order to challenge incumbent William Howard Taft on the Progressive ticket.

Despite the reporting in the present newspaper, Hughes lost a close election to Wilson. Hughes went on to serve as Secretary of State in the Harding and Coolidge administrations, and from 1930 to 1941 he was Chief Justice of the Supreme Court. With its jugate portraits of the Republican standard bearers on the front page, this is the most attractive of the various false election newspapers.