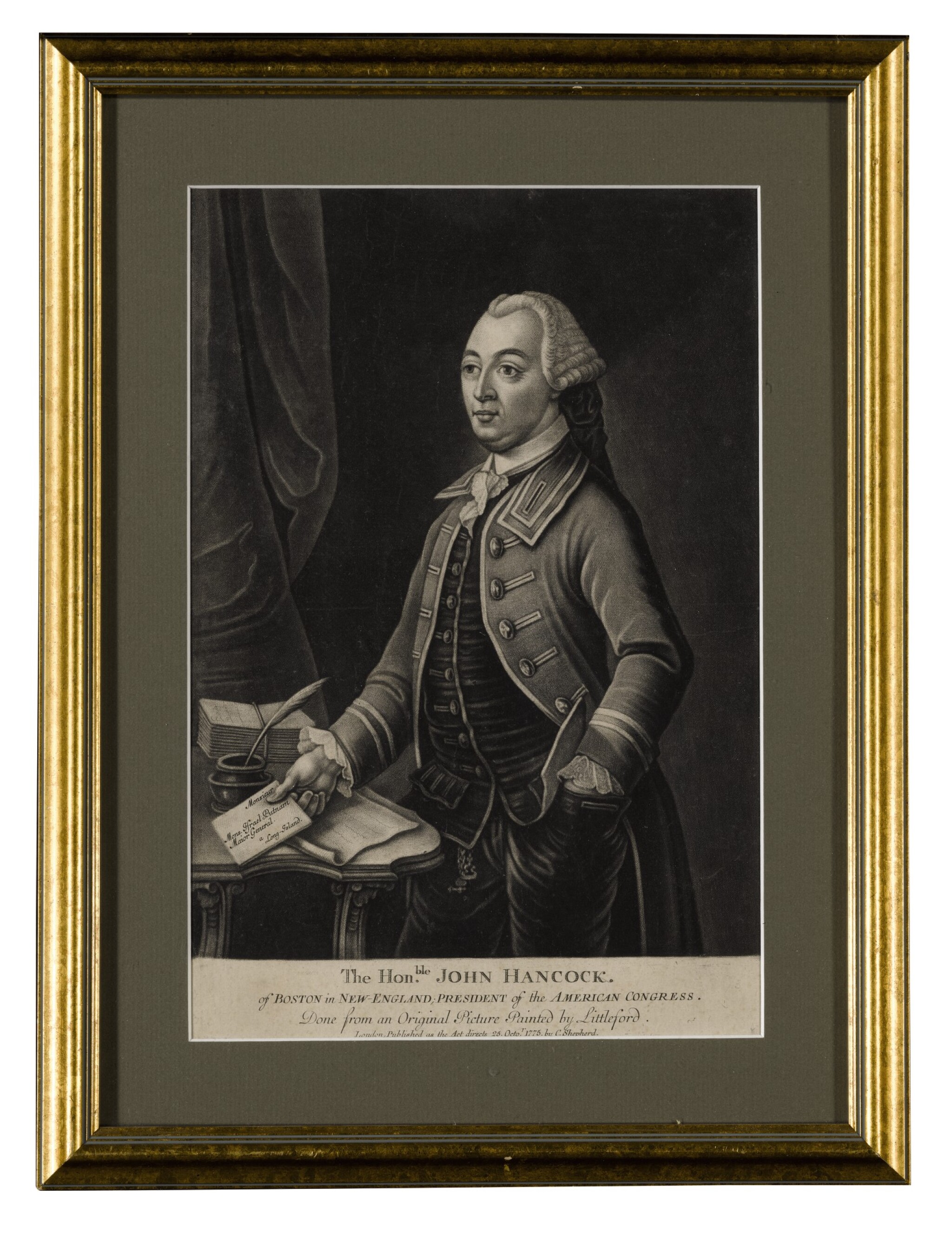 The Honble. John Hancock, of Boston in New-England, President of the American Congress. London: Published by C. Shepherd, 25 October 1775

Mezzotint portrait (14 x 9 3/8 in.; 355 x 238 mm) after a painting by Littleford. Trimmed close. Matted, framed, and glazed. The consignor has independently obtained a letter of authenticity from PSA that will accompany the lot.

A fine portrait depicting Hancock shortly after his unanimous election as president of the second Continental Congress. In his right hand he holds a letter directed to Major General Israel Putnam at Long Island.