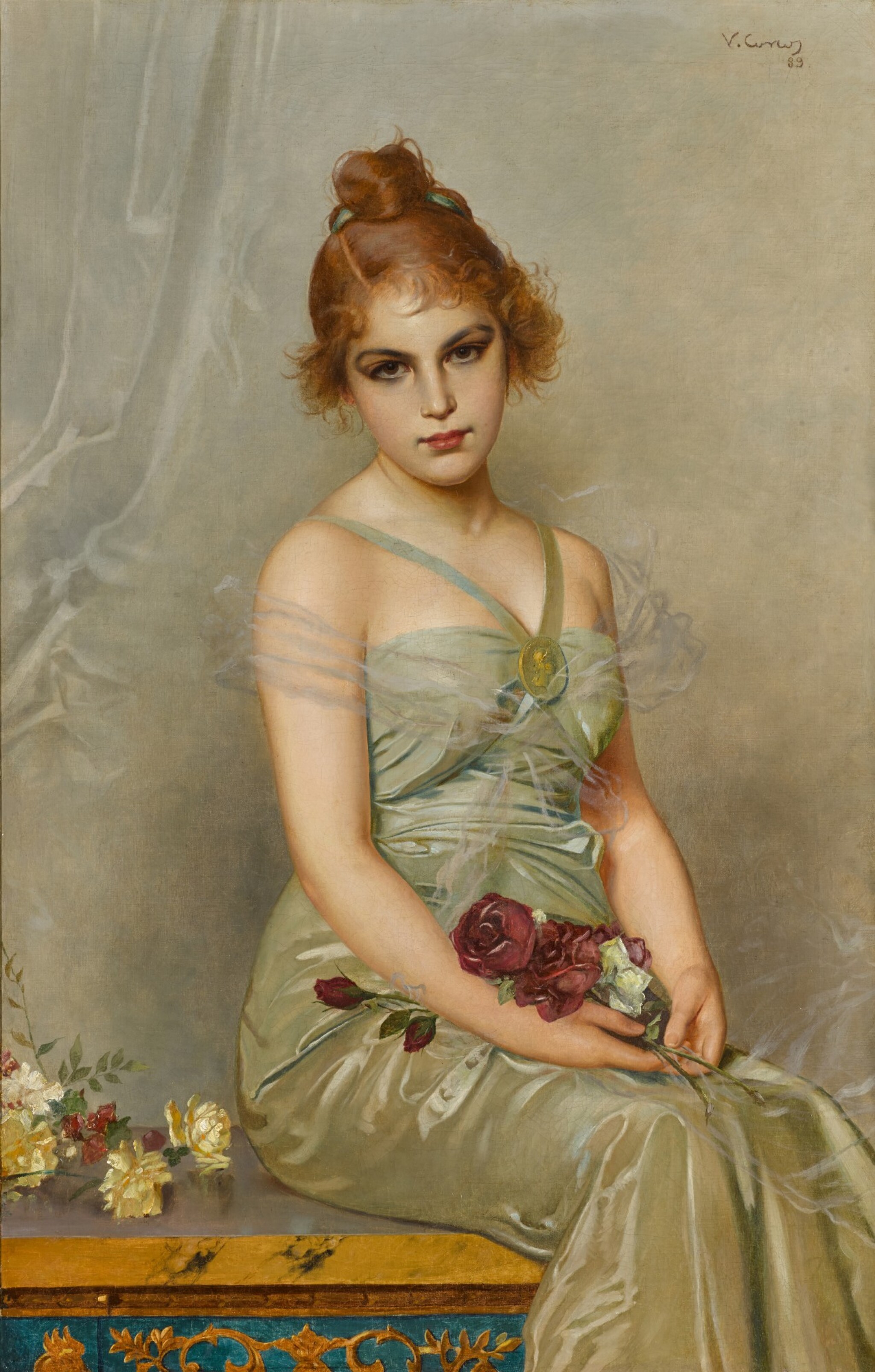 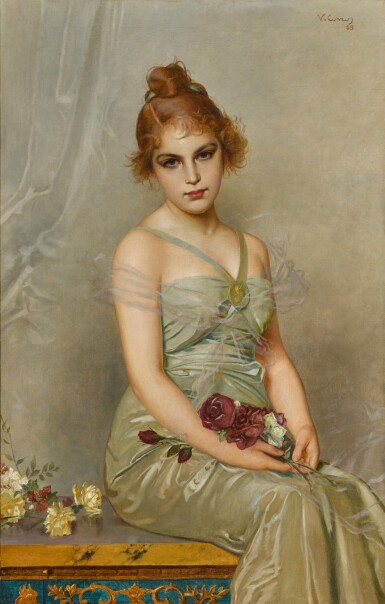 The canvas has been relined. There is a pattern of hairline craquelure overall, and the paint surface has a somewhat abraded appearance. Ultra-violet light reveals numerous spots and strokes of retouching, notably in the background, and some spots in the figure's arms, chest, and hair. In some areas the surface is more difficult to read under U.V. light; it is possible there is more extensive retouching, and the signature may have been strengthened.

Please note the amended condition report for this lot. Please note that this lot will be sent to our Greenford Park warehouse after the sale.
Private collection, Germany

This recently rediscovered work is a version of a recorded painting by the artist, Néron blessé, painted in 1899. In the latter, and as indicated by its title, the same model comforts a puppy with a wounded and bandaged paw, whereas in the present work she holds a bouquet of roses. In fact, The Bouquet too originally featured the dog, which was painted out and substituted for the roses early on and possibly by another hand, possibly at the behest of the artist’s dealer Goupil at the buyer’s request, or at the instigation of one of the painting’s early owners. In any case, the inextricable fusing of the newer and original pigments suggests that the change was made during the artist's lifetime.

This work has been authenticated by the late Ilaria Taddei, who believes the signature, and possibly the date, may also be reworked. She compares the painting not only to Néron blessé but to another oil dated 1899, known only from a Brogi photograph, entitled Sadness and showing a different model but in exactly the same dress with a cameo and roses on her lap. If, as seems likely, the present work was part of this series, Ms Taddei surmises that the ‘9’ may have been accidentally substitued for an ‘8’ during subsequent restoration. However, she adds that this cannot be proved, as Angelo de Gubernatis makes mention of a Néron blessé from 1889. It is therefore not impossible that The Bouquet is that earlier version.