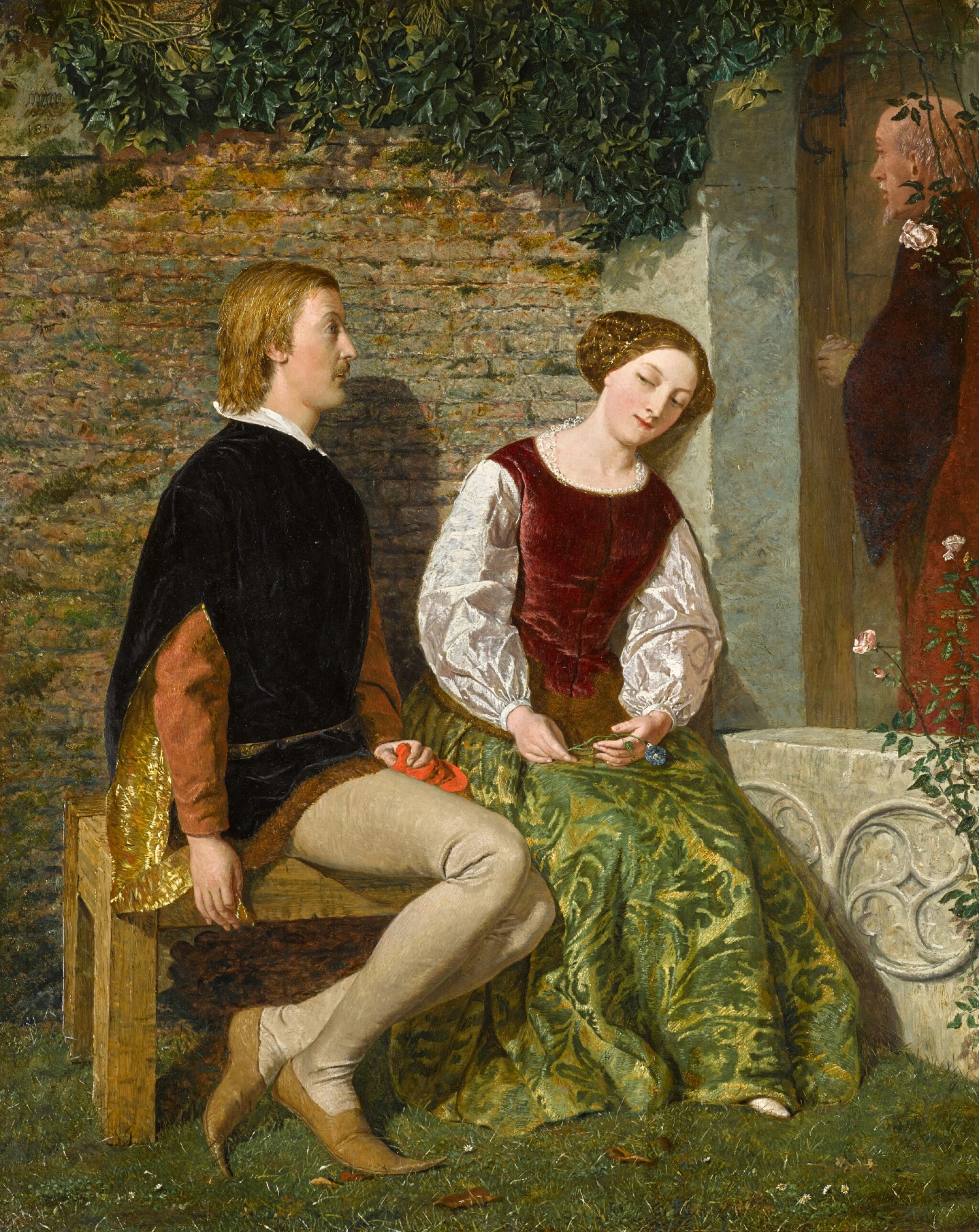 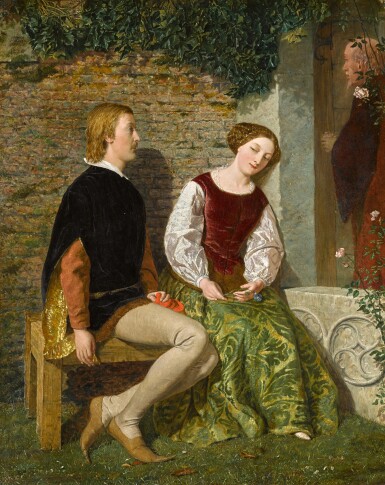 The original board is flat and providing a stable structural support. There are no signs of craquelure and the paint surface appears clean. The picture is ready to hang.

Ann : What is your will?

Slender : My will? Odd’s heartlings that’s a pretty jest indeed

I ne’er made my will yet, thank Heaven.

I am not such a sickly creature I give Heaven praise

When thinking of the Pre-Raphaelite movement, three figures come to mind: William Holman Hunt, John Everett Millais and Dante Gabriel Rossetti. Known as the enfants terribles of their time, they are now the dominant figures of that artistic period. The Pre-Raphaelite circle includes still some hidden gems, to which we can include Adolphus Madot.

Madot, sadly, lived a short life. He attended the Royal Academy Schools and worked as an illustrator while living with his father, who is thought to have been French, in Upper Baker Street. Some of his contributions include The Home Affections by Charles Mackey as well as the Poetical works of E. A. Poe. Also known as a 'draughtsman on wood', he provided reduced copies of the works of British artists for the Art Journal, by whom he was esteemed and with whom he worked up to his death in 1861. Between 1852 and 1861, he sent pictures to the Royal Academy, the Royal Society of British Artists and the British Institute.

His work reflected his fascination with Shakespeare, a trait that most Pre-Raphaelites shared. The present picture depicts Act III, scene 4 of Merry Wives of Windsor, in which Abraham Slender is in the midst of wooing Ann Page, the heroine of the play. Slender and Ann are sat on a bench outside, with Slender to the left looking straight ahead to Ann, while Ann, head tilted, is looking back at Slender with the corner of her eye. The outside setting, possibly a garden, allows for a suggestive reading of this courtly love. Separated from the lovers, to the right of the painting, and only visible to the viewer, stands another figure. Madot does a great job in rendering the tension of the play, and depicting the figures so as to convey the complexity of the scene. Slender, in his boyishness and his gaucheness here seems out of wits and insincere, which, given that he was essentially reciting a part rings true. Ann, instead, exhumes a sense of intelligence, for through her wry look and her sardonic smile she can read through Slender’s act.

Another trait that binds Madot’s depiction of Merry Wives of Windsor with the Pre-Raphaelite style is his careful attention to detail. Indeed, his depiction of theatrical costumes are akin to those of Millais’s 1849 Isabella or Walter Howard Deverell’s 1850 Twelfth Night. The evocative depiction of the ivy crawling over the wall evokes Philip Hermogenes Calderon’s well-known painting Broken Vows (Tate), which incidentally was painted that same year. This beautiful picture also allows us to ponder on what else this young artist would have achieved had he lived. This picture was seen as a success even in Madot’s lifetime, shown at the Royal Academy 1857 and purchased by William Ewart Gladstone, important supporter and buyer of Pre-Raphaelite art, who sat for Millais and whose daughter was one of Burne-Jones’s models for The Golden Stairs.