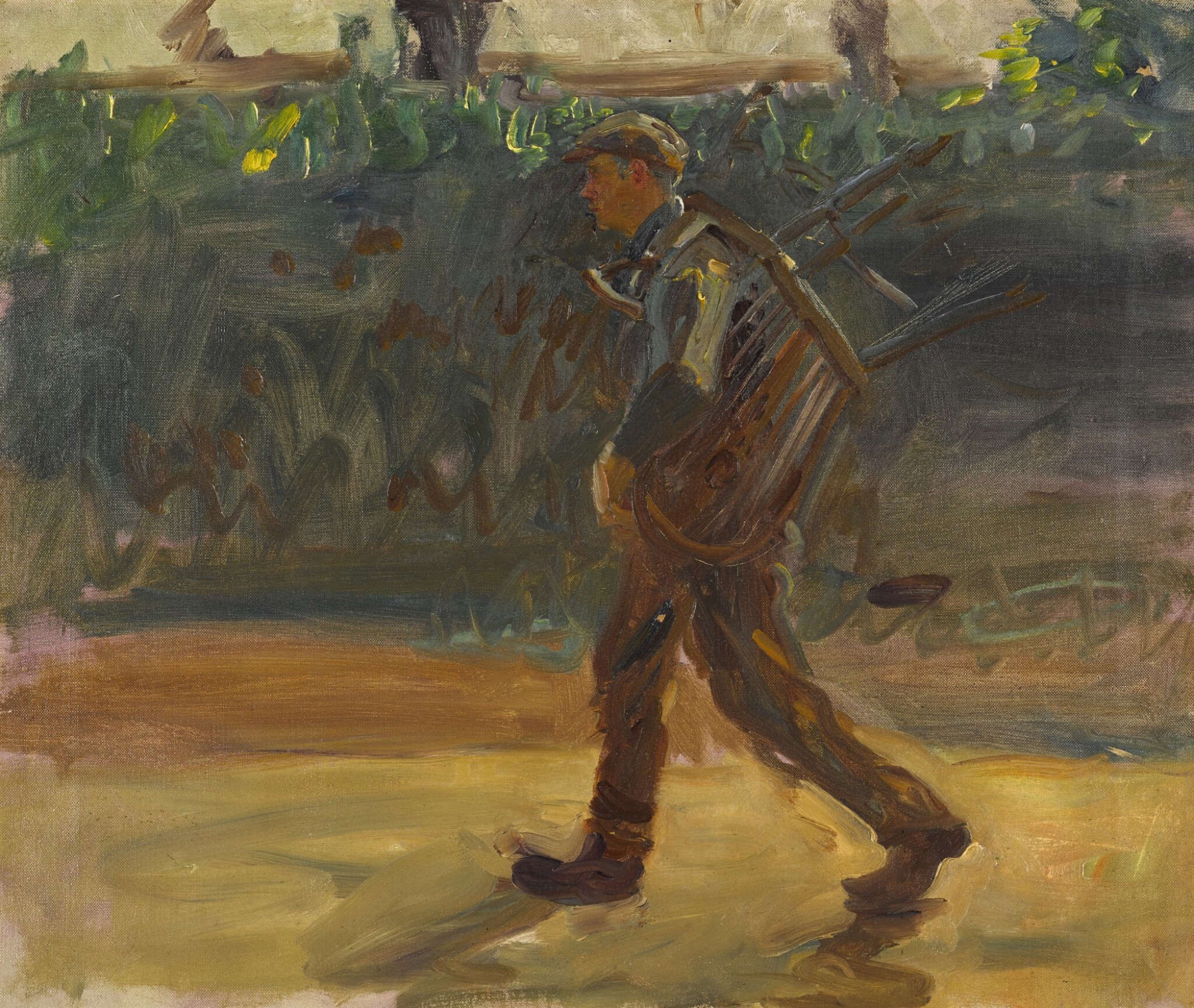 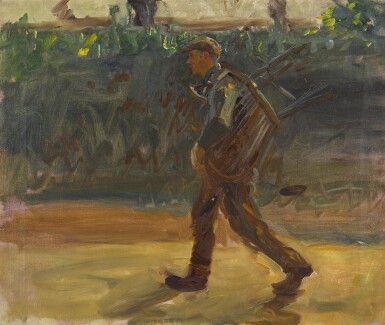 inscribed Nobby Gray at Mendham on the canvas overlap

This picture is unlined and the original canvas is providing a stable structural support. The picture is in excellent condition with no signs of craquelure. The paint surface is a little dirty and may benefit from a light clean.

There are no visible retouchings.

Nobby Gray and his wife Charlotte and their son Fred, were members of the gypsy community who often posed for Munnings who described them as 'van-dwellers and travellers, who wintered in the meadow by the Red Lion [in Mendham, Suffolk], and disappeared each summer to Woolpit in Suffolk with their swing-boats, coconuts and shooting-gallery, and used to come back later when I could afford to make it worth their while... What a trio for an artist! And there for the asking. They loved posing, and still better they loved seeing a sovereign or a pint of beer. I dare not begin to think about what i would have done without the Grays.' (Sir Alfred Munnings, An Artist's Life, 1950, pp.112-113) Nobby as known as 'Old Gray' and described by Munnings as 'a natty, wise-looking old bird. Bald-pated and clean-shaven, he was never without his clay pipe; and when reading the news or mending umbrellas he wore a pair of horn-rimmed spectacles which gave him an appearance of a crafty old lawyer... Nobby was a philosopher. Life was full of interest for him, and he knew a lot about Suffolk...' (Ibid Munnings, p.113)

The spontaneity of this oil sketch demonstrates Munnings’ reaction to scenes and events that presented themselves to him in his every-day life. There was clearly a story behind why Munnings painted Nobby carrying a chair down a country-lane, but this is now lost to time. It is likely that it was simply something he saw from the window or garden of his house and he decided to sketch it for his own amusement. It seems unlikely that it was a study for a picture and the energetic brushstrokes and touches of vibrant colour suggest that it was painted for the joy of painting it. There is a clever sense of movement as Nobby hurries to his destination, unaware of being observed.