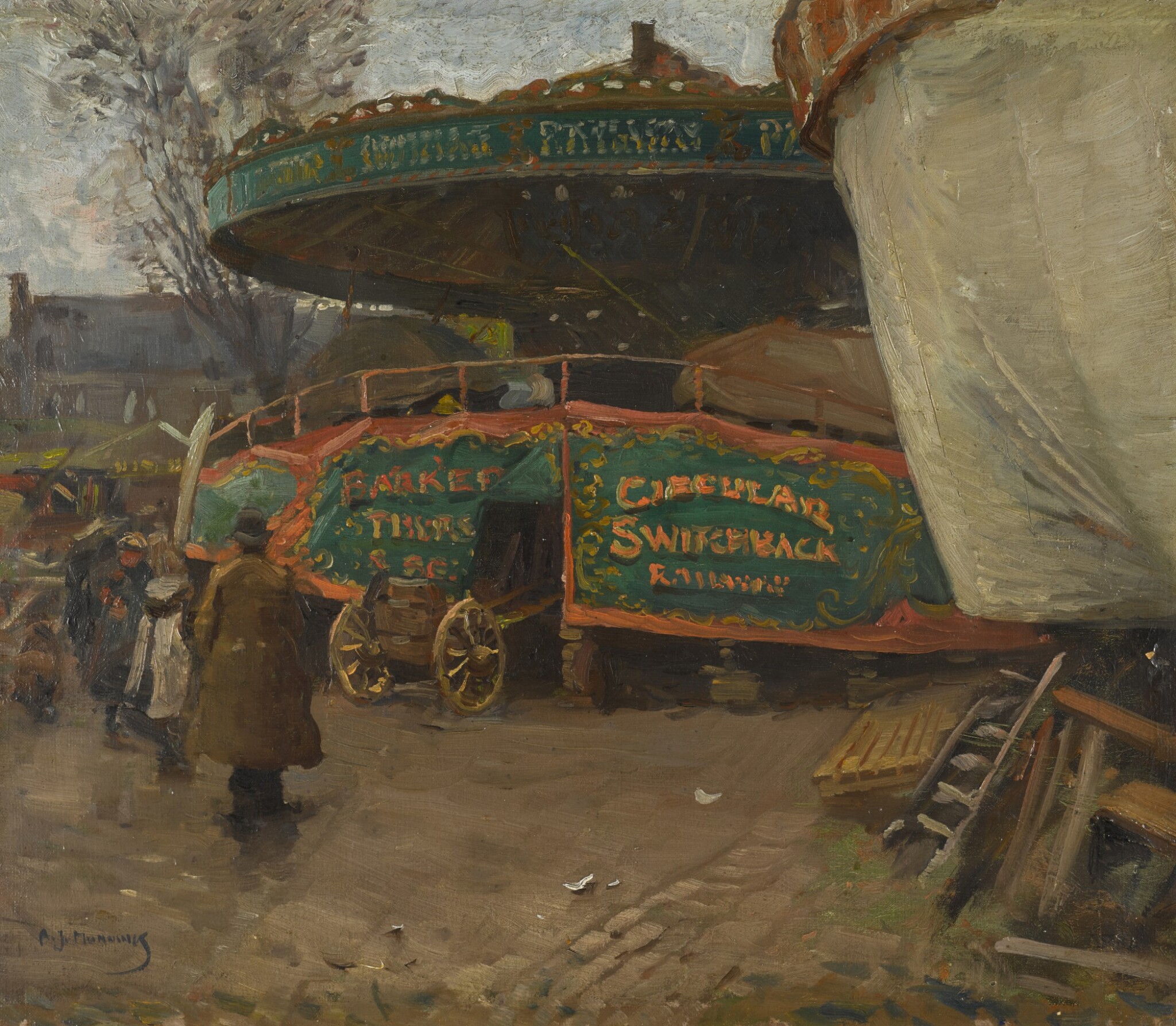 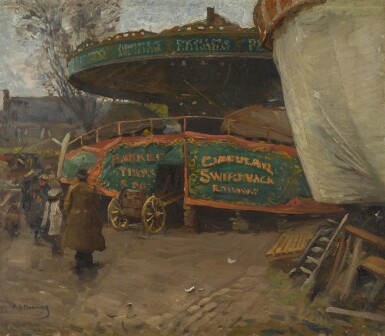 This picture is unlined. The upper and lower stretcher-bars have left faint cracking in the paint surface and there are three small areas of lifting paint and associated paint-loss (in the bottom right corner, in the upper right corner and close to the right edge beneath the tent).

There are no visible retouchings.

Rutland Gallery, London
Like his friend and contemporary painter Laura Knight, Munnings was fascinated by gipsy life and the country fairs that accompanied race meetings. His first visit to a large country fair, at Bungay, was to celebrate the news that his first painting had been accepted for the Royal Academy summer exhibition. He wrote of his experience, 'This was a plunge into the most vividly coloured phase of life I had so far seen. I had known horse sales in Norwich, local races and regattas; but what were they compared to this vast fair and meeting combined on Bungay Common? There were roundabouts, shooting galleries, swinging boats and coconut shies; large eating- and drinking-tents, flags flying, and thousands of oranges blazing on stalls in the sun' (Alfred James Munnings, An Artist's Life, Bungay, 1950, p.65). It is likely that the present picture was painted in 1912 when Munnings painted a number of fairground scenes, including The Fairground (Christie’s, London, 11 June 1919, lot 59) and another of the same title (private collection, included in the An English Idyll – A Loan Exhibition of Works by Sir Alfred Munnings held at Sotheby’s in 2001, no.38).