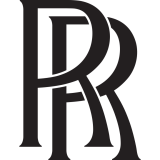 On 4 May 1904, Charles Rolls and Henry Royce met for the first time at The Midland Hotel, Manchester; an encounter that would change the course of automotive history. Exactly 115 years later, the company they agreed to form that day continues to set global standards for innovation and excellence, and uphold their legacy as the originators of ‘the best car in the world’.

Rolls-Royce expanded into the aviation industry as the dashing young Charles Rolls chased the thrill of flight that would ultimately claim his life. The company produced the famed aircraft engines that played a pivotal role in the defence of Britain during the war years. Following World War II, countless magnificent Rolls-Royce motor cars were commissioned to wear the Spirit of Ecstasy. It was only in the 1970’s that the luxury automotive business was spun out of the aerospace company, and in 1998 the BMW Group purchased the rights to rebuild the brand for the 21st century.

In 2003, the first Rolls-Royce Phantom rolled through the doors of Goodwood, the home of Rolls-Royce in Southern England marking a new era. The longest running name in automotive history remains today the ‘best car in the world.’ With a new direction, the Rolls-Royce family has grown over the past decade to include Ghost, Wraith, Dawn and the brand’s first ever SUV, Cullinan. Each and every Rolls-Royce is commissioned for its owner with a high level of Bespoke created by hand in the wood, leather and finish shops in Goodwood. It is this Bespoke nature that makes each Rolls-Royce Motor Car unique and valuable.

Rolls-Royce remains the moniker of ultimate excellence worldwide. This is an honor that is earned everyday as the brand creates and delivers the classic beauties of the future.