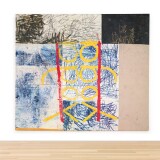 Works by Oscar Murillo at Sotheby's 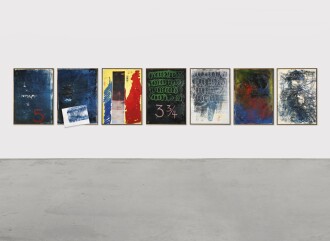 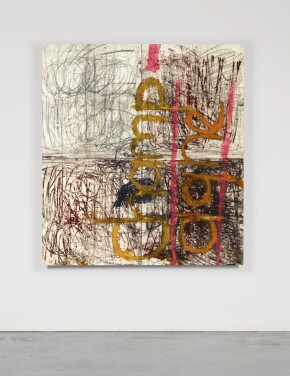 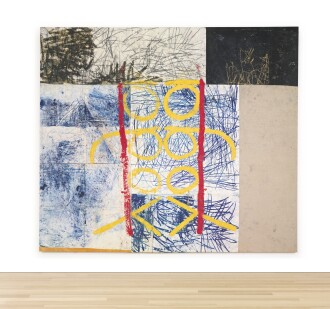 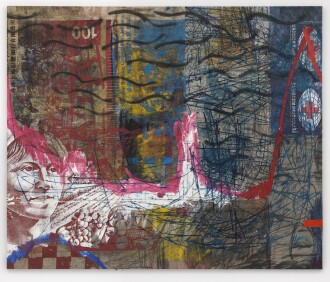 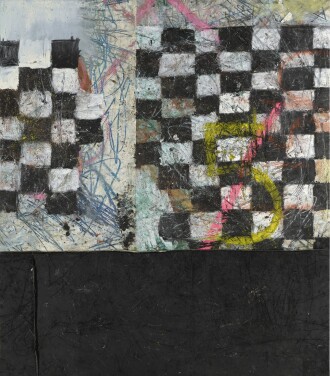 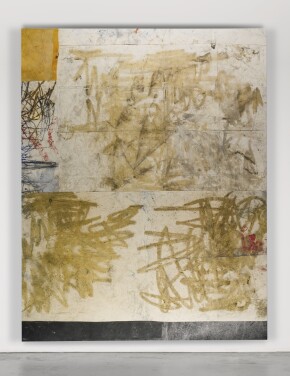 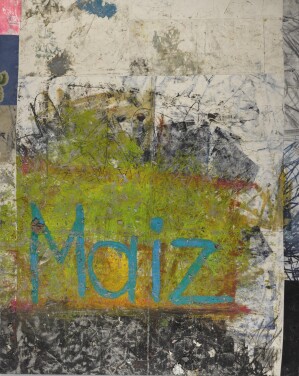 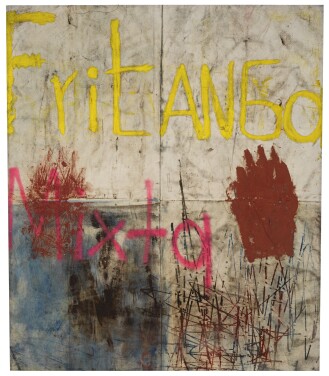 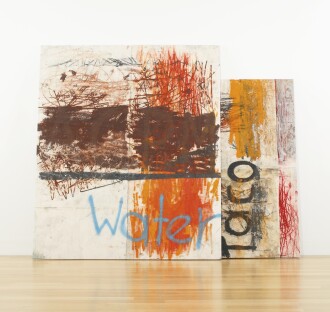 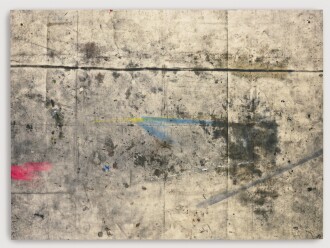 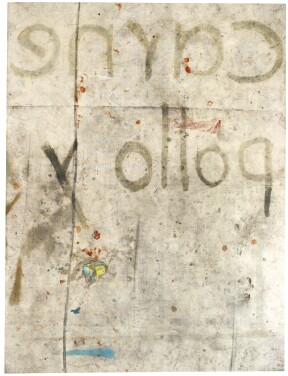 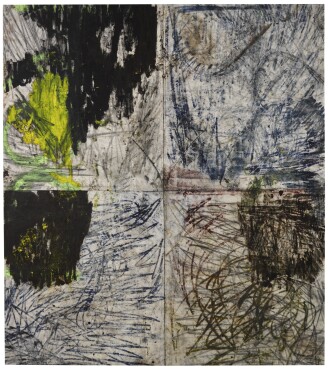 Through an expansive and exuberant studio practice ranging from sound works to sculptural objects to screen prints, the semi-itinerant Colombian artist Oscar Murillo explores the numerous many and often contradictory dimensions of our globalized age – flight (in its leisured or desperate senses); trade (mutual or mercenary); and labor (generative or punishing).

Oscar Murillo was born in La Paila, Columbia in 1986 and moved to London with his parents at the age of ten. In the early 2010s, Murillo pursued an MA at London’s Royal College of Art, worked as an installer for small galleries and as a cleaner in the Gherkin skyscraper, and gained the notice of the famous Rubell family of art collectors for his intensely emotive paintings. In 2012, the Rubells exhibited their new acquisitions at their publicly accessible Miami facility that has also showcased works by the likes of Jean-Michel Basquiat, Yayoi Kusama, and Kara Walker. The following year, he joined David Zwirner and mounted the first of several solo shows at their New York, London, and Hong Kong galleries. His most recent show, Frequencies, held at the Yorkshire Sculpture Park in 2019, is a long-term collaborative project in which canvases are affixed to classroom desks in schools around the world and marked in whatever way the children wish. Murillo lives and works in various locations, principally London.

Murillo’s work has been accessioned into the permanent collections of the Museum of Contemporary Art in Los Angeles, the Stedelijk Museum in Ghent, and the Sandretto in Turin, among other world museums. Recent auction offerings of particular note include a monumental untitled mixed media work executed in 2012 and sold in 2015 at Sotheby’s for $322,000.