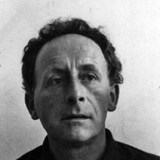 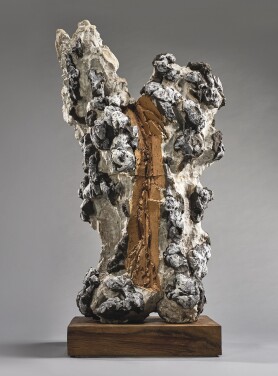 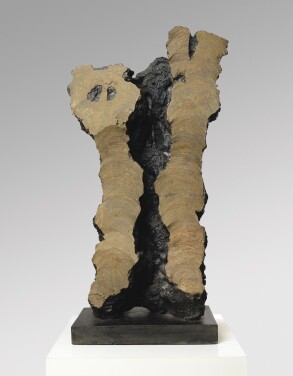 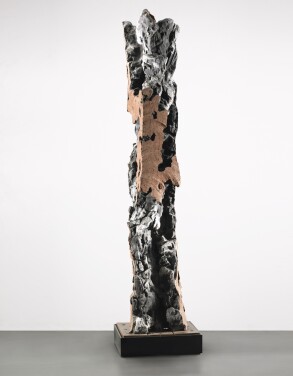 Leoncillo Leonardi, commonly known as Leoncillo, was an Italian sculptor who worked principally in glazed ceramics, often large-scale, and often using vivid colours. Until the mid-1950s his work was mostly figurative, but became more abstract thereafter. In 1946 he was among the founding members of the Nuova Secessione Artistica Italiana, which soon became the Fronte Nuovo delle Arti. He received the Premio Faenza in 1954 and again in 1964, and won the sculpture prize at the Biennale di Venezia of 1968. His work was also part of the sculpture event in the art competition at the 1948 Summer Olympics.

While in Rome between 1935 and 1939, he came into contact with the artists of the Roman School and realized the key to expressionist, colored ceramics with a mythological subject. From 1939 to 1942, Leoncillo established a ceramics factory in Umbertide. In 1944 he made Madre romana uccisa dai tedeschi (Rome, Coll. Terenzi), which is considered by critics to be his masterpiece. The expressionist language is developed in the sense of a plastic decomposition of the volumes that is already a prelude to post-war neocubism (Lottatori, 1946, Rome, Coll. Leonardi). In the mid-fifties he abandoned the Cubist simplification to turn to informal experiences, while retaining an extreme attention to the material used and its expressive properties (Luce perduta, 1960, Rome, Coll. Sargentini, Grande mutilazione, 1962, Rome, Coll. Leonardi).