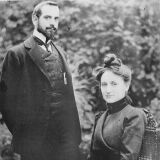 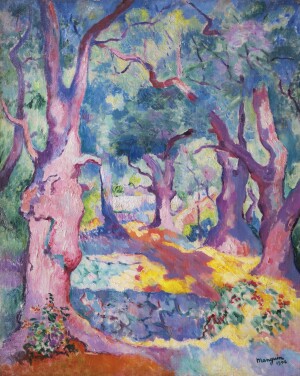 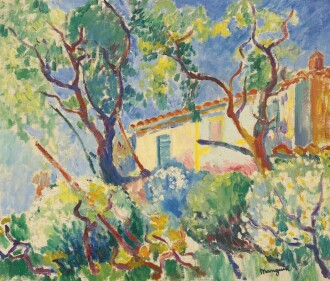 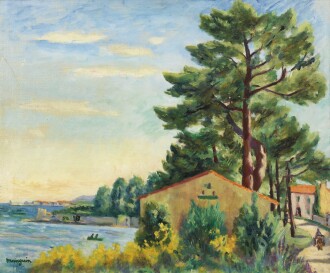 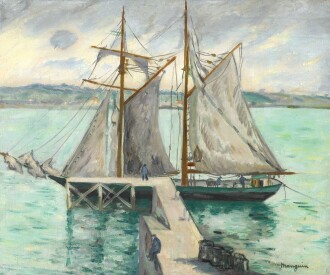 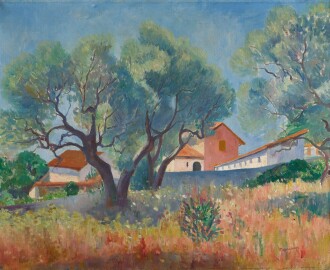 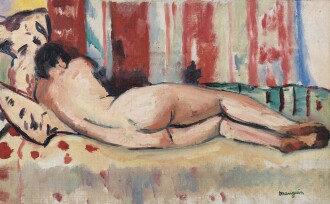 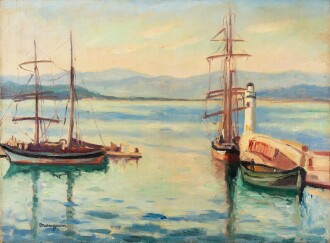 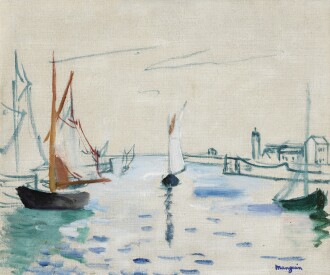 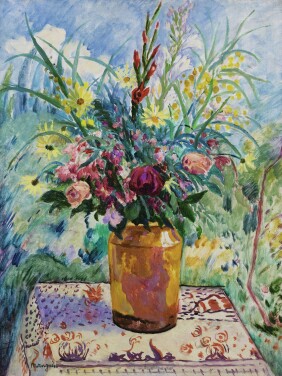 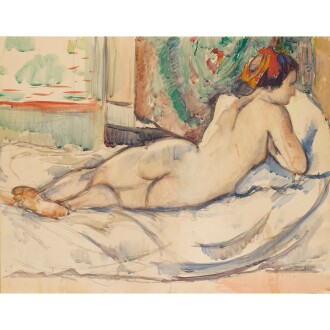 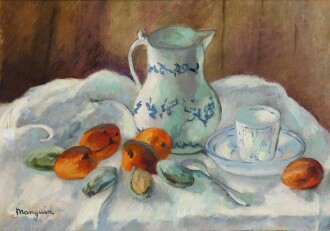 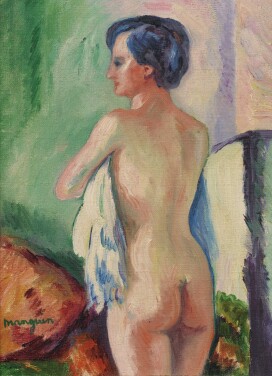 The Fauves (“wild beasts”) represented an audacious departure from the lyrically evocative Impressionists who had dominated the Parisian art world toward the end of the nineteenth century. With their intensely vibrant pigments and feverishly gestural brushwork, they ushered in the era of Expressionism that would come to define avant-garde art in the century to come. Alongside the Fauves' leaders André Derain and Henri Matisse, Henri Charles Manguin was a central figure in this movement. Particularly noted for capturing the vivid colors of the French riviera and the joie de vivre of its nude bathers, Manguin was dubbed “the voluptuous painter” by Apollinaire.

Henri Charles Manguin was born on March 23, 1874 in Paris and pursued the study of painting under the eminent instructor Gustave Moreau at the École des Beaux-Arts, where his cohorts included fellow future Fauves Matisse, Marquet, and Camoin. In 1904, Manguin was invited by Pointillist pioneer Paul Signac to visit Saint Tropez; Manguin did not follow Signac's technical example but was spellbound by the Mediterranean light and water. The following year, Manguin exhibited in the legendary Salon d'Automne which marked the birth of Fauvism. In 1906, the peerless impresario of the avant-garde, Ambrose Vollard, purchased over a hundred of Manguin's canvases. Manguin remained faithful to the Fauvist vision for the remainder of his career, and from the 1920s he divided his time between Paris and the Riviera, finally settling in Saint Tropez shortly before his death on September 25, 1949.

Manguin is represented in the permanent collections of the Pushkin Museum in Moscow, the Museum of Modern Art in New York, and the Musée d'Orsay in Paris, among numerous other major world institutions.