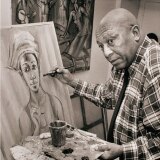 Works by Gerard Sekoto at Sotheby's 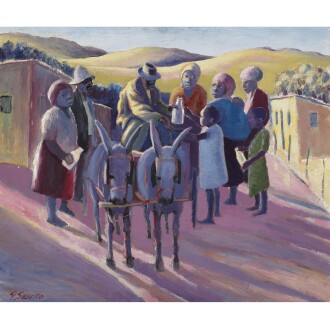 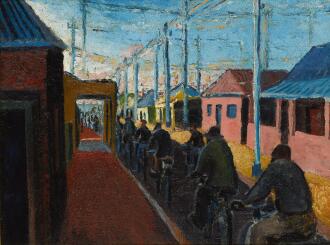 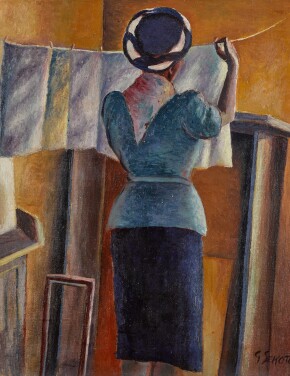 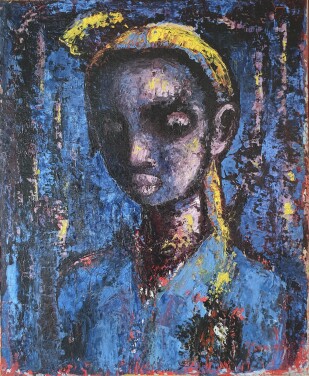 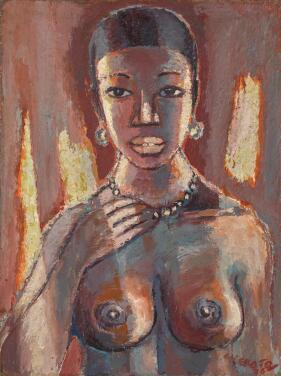 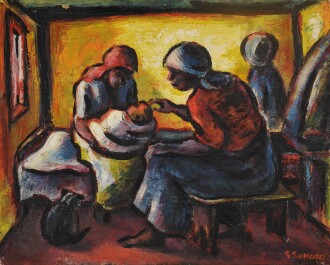 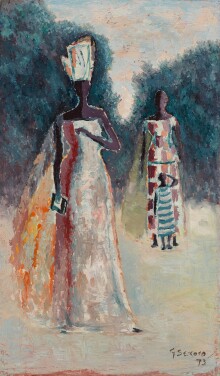 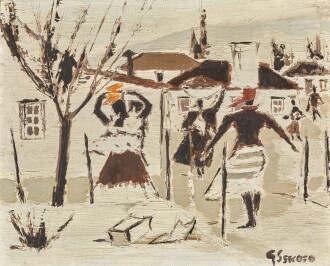 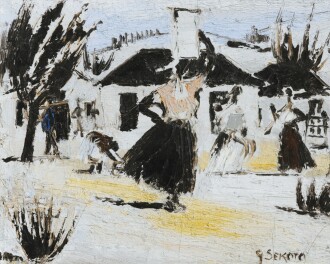 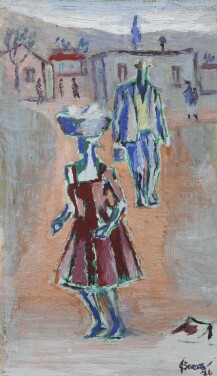 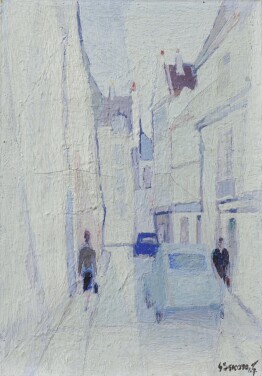 Gerard Sekoto's contributions to South African art and music have been vital elements in South Africa's cultural development in the twentieth century. Most notably, Sekoto was the first black artist to have a picture purchased for a museum collection, following an acquisition by the Johannesburg Art Gallery in 1940. The artist's rural upbringing in the Lutheran Mission Station in Botshabelo and periods of residence in Johannesburg, Cape Town and Pretoria nourished his perspective on the South African people, primarily the impoverished black population.

Sekoto (1913 -1993) had trained as a school teacher but decided, as a self-taught artist, to launch his professional art career in 1938. He left the rural areas of northern South Africa to travel to Johannesburg where free association between different races was still possible. Here he was introduced to the liberal artistic White community and amongst others, met an artist, Judith Gluckman, who offered to teach him how to paint with oils. He quickly assimilated these techniques and was soon recognised as a notable artist in Johannesburg art circles. He wished to familiarise himself with the country and in 1942, having sold enough paintings to pay his way, travelled to Cape Town to live in District 6 and then to Eastwood, Pretoria in 1945. Apartheid policies, legislated from 1948, resulted in the destruction of Sophiatown, District 6 and Eastwood in the 1950s. Sekoto's paintings remain as vivid historical records of these vibrant urban environments and the people who lived there.

In 1947 Sekoto left South Africa in voluntary exile for Paris, planning to expose himself to what he believed would be the centre of the international art world. The artist would never to return to the country that inspired his stirring and colourful depictions of cultural activity and racial tensions. Sekoto's position as one of South Africa's first and most important modernists and social realists has been reinforced by a retrospective exhibition of his work at the Johannesburg Art Gallery in 1989, an honorary doctorate from the University of Witwatersrand, the presence of his work at the South African National Gallery, record sales of his paintings at recent auctions in London and Johannesburg, and a recent mural-painting project featuring Sekoto's work as painted by apprentices though the Gerard Sekoto Foundation.

Museums with Works by Gerard Sekoto