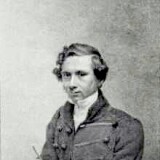 Works by Eduard Gaertner at Sotheby's 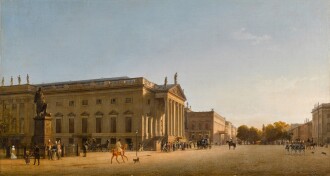 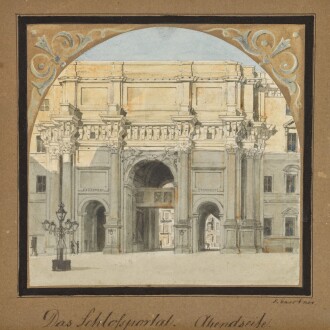 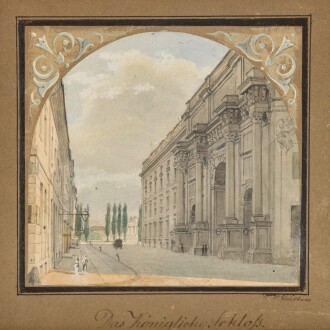 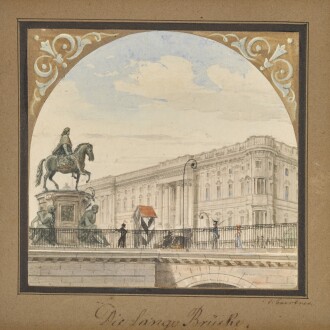 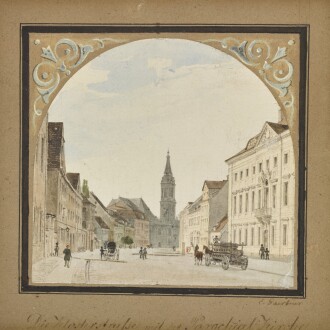 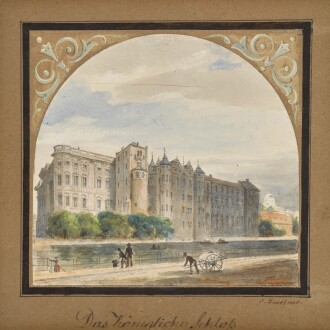 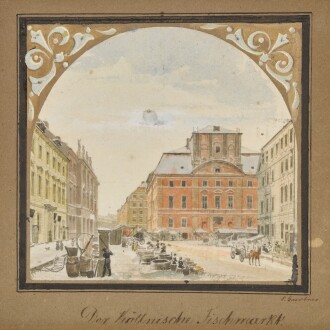 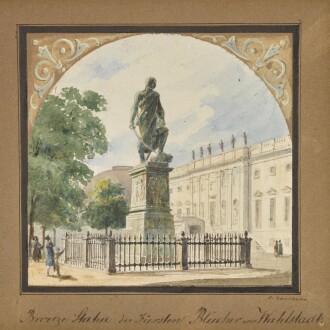 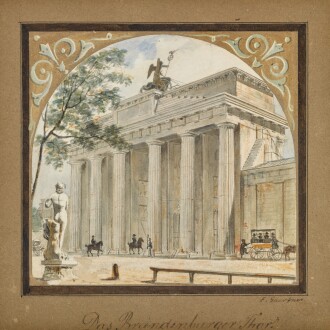 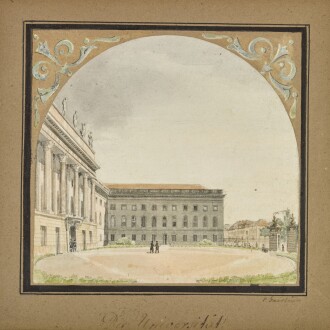 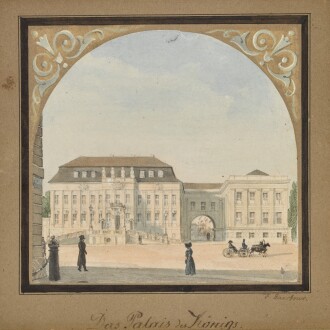 Eduard Gaertner (1801-1877) was a Prussian architectural artist who is best known for his cityscapes of Berlin. Educated at the Konigliche Porzellan-Manukfaktur school in Berlin, he is often associated with the Bierdameier period. In his time, Gaertner travelled widely and was acclaimed by the Prussian King Friedrich Willhelm III and the Russian Tsar Nicholas I. Gaertner’s strength lies in representing Berlin in all its complexity, and provides a fascinating record to the ever-growing industrialisation of the city in the 19th century.

Born in Berlin, Gaertner moved to Kassel with his mother when he was 10. Kessel was also where Gaertner’s artistic education commenced. He took drawing classes from court artist Franz Hubert Mulle. In 1814, Gaertner started his six-year apprenticeship at the Konigliche Prozellan-Manufaktur, which had been in need of porcelain specialists due to Berlin’s bourgeoisie and nobility buying more porcelain as a consequence of the new found political stability after the war. While Gaertner did not find his training particularly useful, it is considered by some academics to be at the core of his art. It was during his time there that he met Gustave Taubert, from whom he learned portrait painting.

In 1824, Gaertner received a commission from the Prussian King Friedrich Wilhelm III, who asked for a painting of the building that is now known as the Berlin cathedral. The painting was deemed a success and was hung in the Kronprinzenpalais. Thanks to this exposure, he embarked on a three year study trip to Paris. Around this time he also visited cities such as Nuremberg, Heidelberg, Gent, Brussels and Bruges, particularly taken by late the cities' Gothic buildings. Paris, of course, became the subject of many of his works and it was here that he mastered the effect of light and colour. Upon his return to Berlin, he worked as a successful independent artist, gaining the respect of the Bourgeoisie and the royal family. He became a member of the Berlin Artists Association, which gave him access to the urban artistic elite.

In his paintings, Gaertner focuses on depicting both the magnificence of the city and every day occurrences. He also chose to immortalize his acquaintances, and depicted the lesser industrialised areas of Berlin, with its workers and its people roaming around the city. From 1837 to 1839, Gaertner travelled to Russia and visited Tsar Nicolas I for whom he produced a panorama of Moscow seen from the Kremlin.

Thanks to his incredible use of perspective and his possible use of the camera obscura, which may have allowed him to recreate in minute detail the sense of reality and perspective that these spaces exude, Gaertner is often associated with Canaletto. Toward the end of his life, Gartner and his wife retreated to the countryside where the artist passed away. Gaertner first came to international attention in the German Exhibition of the Century in 1906 where he was directly compared to Canaletto, the dominant view painter of the 18th century. Solo exhibitions for Gaertner took place in 1968 and 1977, with a comprehensive retrospective in 2001 in the Ephraim-Palais in Berlin.