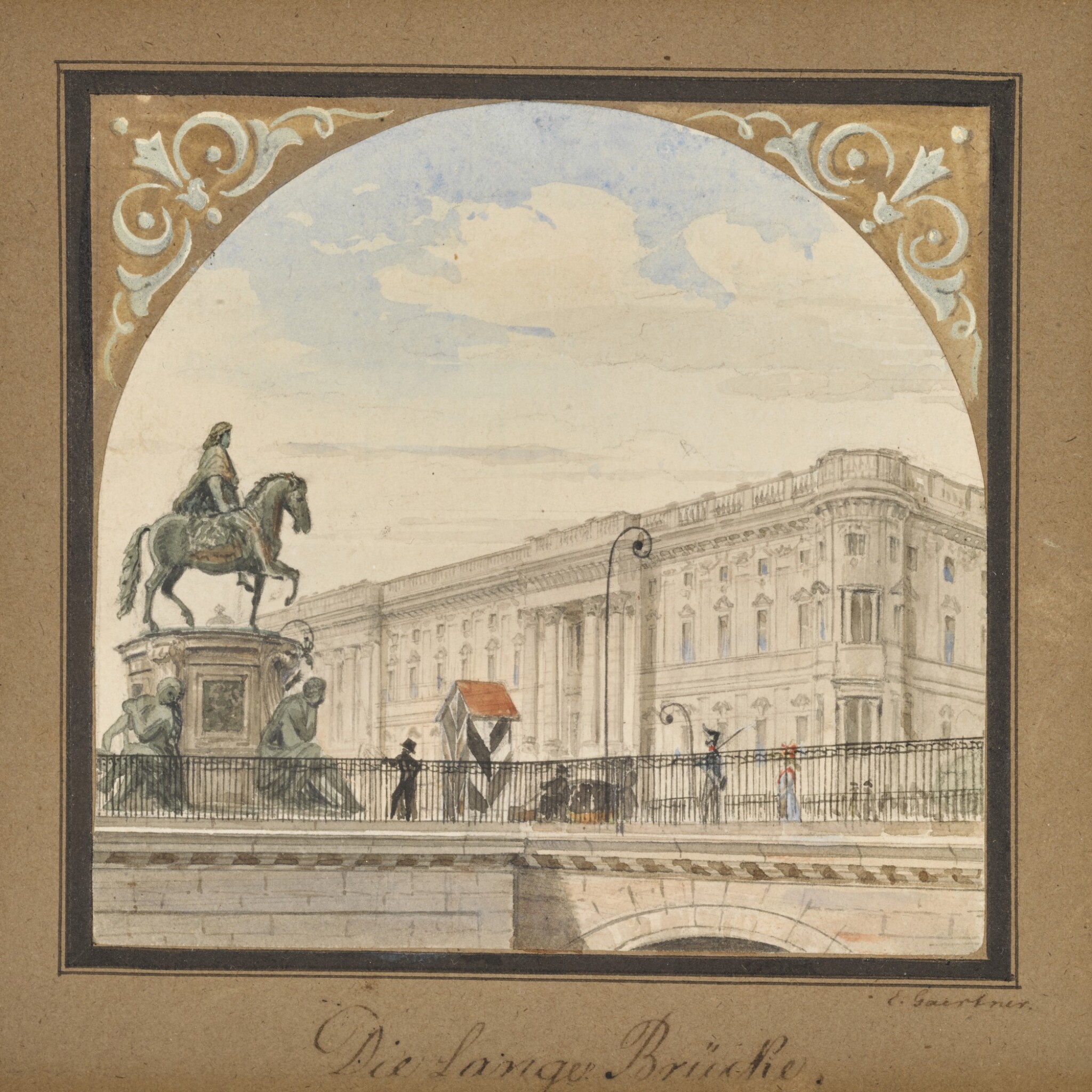 watercolour, pencil, and pen and ink on paper

Executed after 1832. According to Irmgard Wirth, these watercolour views of Berlin were originally kept in a leather bound booklet, and were subsequently used to produce similar sized coloured etchings entitled Memories of Berlin. Thirty-Six Coloured Etchings by Eduard Gaertner published by Gropius after 1832 and before 1840. These etchings were unsigned. Based on this collection of etchings it appears that the original watercolours made by Gaertner for Gropius to produce this series included the following views: Das Diorama, Das Monument auf dem Kreuzberg, Das Museum, Die neue Wilhelmstrasse, Das Akademiegebäude.

Lots 42-71: Unexamined out of the frame and under glass. Across this group of watercolours, a couple of works have small losses at the edges and some have minor signs of wear consistent with age. As visible in the catalogue illustrations these works are in good condition considering their age, and are ready to hang.

Axel Springer, Berlin
Purchased from the above by the present owner
Irmgard Wirth, Eduard Gaertner: der Berliner Architekturmaler, Frankfurt, 1979, no. 205, p. 248, pl. 45, illustrated
This and the following 29 views, together forming a compendium of Berlin's most famous sites, were executed by Gaertner in the early 1830s. According to Irmgard Wirth, they were originally held in a leather-bound portfolio, and made as prototypes for a set of similar-sized, unsigned coloured etchings entitled Memories of Berlin. Thirty six coloured etchings by Eduard Gaertner, published by Karl Wilhelm Gropius between 1832 and 1840. In addition to the present views, the set included Das Diorama, Das Monument auf dem Kreuzberg, Das Museum, Die neue Wilhelmstrasse, and Das Akademiegebäude, the drawings for which are now untraced.