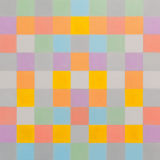 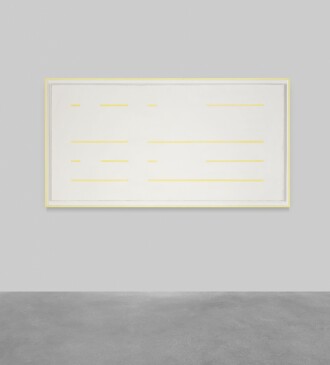 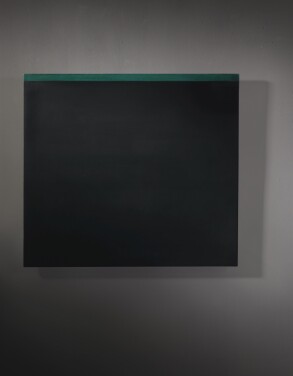 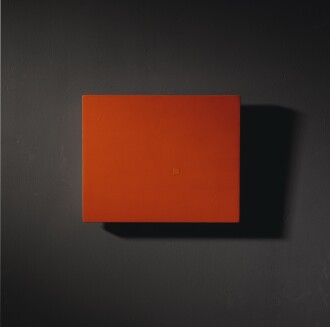 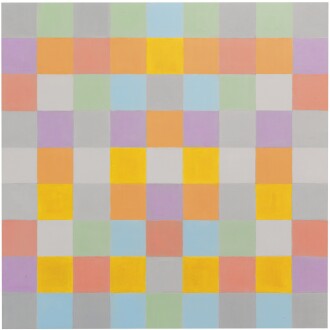 Self-taught as a child growing up in Milan and later mentored for a time by a young Lucio Fontana, the earliest influences of Antonio Calderara were of the figuration and light effects of Piero della Francesca, Seurat and the Milanese Novecento painters. After abandoning his university studies in engineering in 1925 the young man dedicated himself fully to experimenting with colour and form.

By the mid-1950s, Calderara began to move away from figurative painting to embrace a more geometric approach. His pared-down vocabulary of lines and squares, refined colour palette and precise measurements nevertheless positioned Calderara closely with other minimalist painters at the time, including Piet Mondrian and Josef Albers, both of whom the artist admired the most.

Later in life, and with failing health, Calderara began to focus on watercolours, a medium that perfectly captured the subtleties of transparency and misty light inspired by the atmospheric glow of Lake Orta in Vacciago, where the artist moved in 1934 with his wife Carmela, and where he would work for most of his life.