Tony Chambers, Brand and Content Director at Wallpaper* is to guest-curate a sale for Sotheby’s later this year.

The Living in a Material World auction in London on 17 October will explore how leading designers have employed materials in new and cutting-edge ways. Covering the full spectrum of post-war and contemporary design, the selection will trace a history of how and why designers have chosen to work with specific materials, from simple and beautifully crafted modern pieces to highly-complex creations using the most technologically advanced tools.

Speaking about the sale, Tony said: “As our lives become increasingly governed by the digital world, we have subsequently become more appreciative and sensitive to the analogue. We now crave the touch, the feel, even the smell of the material world. This is the perfect time to explore how post-war and contemporary designers have employed and manipulated all manner of materials in elegant and innovative ways.”

Tony joined Wallpaper* as Creative Director in January 2003 and was appointed Editor-in-Chief in March 2007.

Prior to joining Wallpaper, Tony was Art Director at British GQ and Art Editor of The Sunday Times Magazine.

He has twice been named Art Director of Year and twice Editor of the Year for Lifestyle Magazines by the British Society of Magazine Editors. In November 2015 he received the most prestigious honour in British publishing – the Mark Boxer Award for outstanding editorial contribution to magazines.

Tony also contributes monthly columns to the London Evening Standard’s ES Magazine and Corriere delle Serra’s io Donna magazine. He is also edits a quarterly luxury section for the international edition of TIME, titled Ahead of the Curve and is a member of the University of the Arts London Conferments Committee and serves on the committee of the London Design Medal and the judging panel of the Rijksmuseum’s Rijksstudio Award. 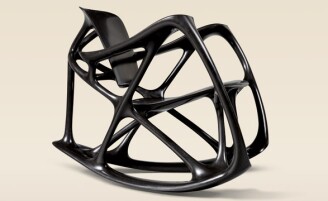